The path back to sanity is thorny but not impossible. 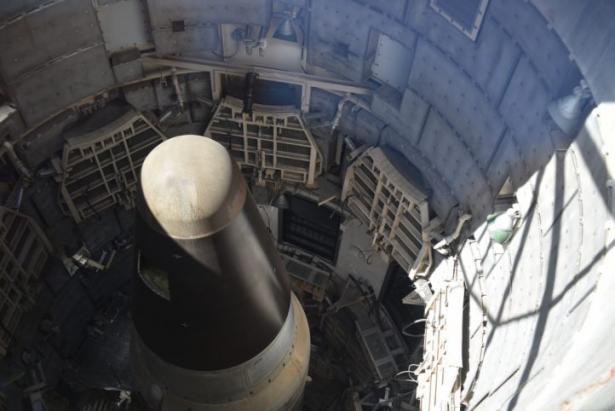 The Nonproliferation Treaty was supposed to lead to disarmament. Instead, it’s led to nuclear apartheid — and sooner or later, someone’s going set one off., Shutterstock

When Turkish President Recep Tayyip Erdogan told an economic meeting in the city of Sivas this September that Turkey was considering building nuclear weapons, he was responding to a broken promise.

When Israeli Prime Minister Benjamin Netanyahu accused the government of Iran of lying about its nuclear program, he was concealing one of the greatest subterfuges in the history of nuclear weapons.

And the vast majority of Americans haven’t a clue about either.

Early in the morning of September 22, 1979, a U.S. satellite recorded a double flash near the Prince Edward islands in the South Atlantic. The satellite, a Vela 5B, carries a device called a “bhangmeter” whose purpose is to detect nuclear explosions. Sent into orbit following the signing of the Partial Test Ban Treaty in 1963, its job was to monitor any violations of the agreement. The treaty banned nuclear explosions in the atmosphere, underwater, and in space.

Nuclear explosions have a unique footprint. When the weapon detonates, it sends out an initial pulse of light. But as the fireball expands, it cools down for a few milliseconds, then spikes again.

“Nothing in nature produces such a double-humped light flash,” says Victor Gilinsky. “The spacing of the hump gives an indication of the amount of energy, or yield, released by the explosion.” Gilinsky was a member of the U.S. Nuclear Regulatory Commission and a former Rand Corporation physicist.

There was little question who had conducted the test. The Prince Edward islands were owned by South Africa, and U.S. intelligence knew the apartheid government was conducting research into nuclear weapons. But while South Africa had yet to produce a nuclear weapon, Israel had nukes — and the two countries had close military ties. In short, it was almost certainly an Israeli weapon, though Israel denied it.

In the weeks that followed, clear evidence for a nuclear test emerged from hydrophones near Ascension Island and a jump in radioactive iodine-131 in Australian sheep. Only nuclear explosions produce iodine-131.

But the test came at a bad time for U.S. president Jimmy Carter, who was gearing up his re-election campaign, a cornerstone of which was a peace agreement between Israel and Egypt. If the Israelis were seen to have violated the Partial Test Ban, as well as the 1977 Glenn Amendment to the Arms Export Control Act, the U.S. would have been required to cut off all arms sales to Israel and apply heavy sanctions. Carter was nervous about what such a finding would have on the election, since a major part of Carter’s platform was arms control and non-proliferation.

So Carter threw together a panel of experts whose job was not to examine the incident but to cover it up. The Ruina Panel cooked up a tortured explanation involving mini-meteors that the media accepted and, as a result, so did the American public.

But nuclear physicists knew the panel was blowing smoke and that the evidence was unarguable. The device was set off on a barge between Prince Edward Island (South Africa’s, not Canada’s) and Marion Island with a yield of between 3 and 4 kilotons. A secret CIA panel concurred but put the yield at 1.5 to 2 kilotons. For comparison, the Hiroshima bomb was 15 kilotons.

It was also clear why the Israelis took the risk. Israel had a number of Hiroshima-style fission bombs but was working on producing a thermonuclear weapon — a hydrogen bomb. Fission bombs are easy to use, but fusion weapons are tricky and require a test. That the Vela picked it up was pure chance, since the satellite had been retired. But its bhangmeters were still working.

From Carter on, every U.S. president has covered up the Israeli violation of the 1963 Partial Test Ban Treaty, as well as the 1968 Nuclear Non-Proliferation Treaty (NPT). So when Netanyahu says Iran is lying about its nuclear program, much of the rest of the world —  including the U.S. nuclear establishment — rolls their eyes.

As for Turkish president Erdogan, he is perfectly correct that the nuclear powers have broken the promise they made back in 1968 when the signed the NPT.

Article VI of that agreement calls for an end to the nuclear arms race and the abolition of nuclear weapons. Indeed, in many ways Article VI is the heart of the NPT. Non-nuclear armed countries signed the agreement, only to find themselves locked into a system of “nuclear apartheid” — where they agreed not to acquire such weapons of mass destruction, while China, Russia, the United Kingdom, France, and the U.S. get to keep theirs.

The “Big Five” not only kept their weapons, they are all in the process of upgrading and expanding them. The U.S. is meanwhile shedding other agreements, like the Anti-Ballistic Missile Treaty and the Intermediate-Range Nuclear Force Agreement. Washington is also getting ready to abandon the START treaty that limits the U.S. and Russia to a set number of warheads and long-range strategic launchers.

What is amazing is that only four other countries have abandoned the NPT: Israel, North Korea, Pakistan, and India (only the latter three have been sanctioned by the U.S.). But that situation cannot hold forever, especially since part of Article VI calls for general disarmament, a pledge that has been honored in the breach. The U.S. currently has nearly the largest defense budget in its history and spends as much on its military as 144 other countries combined.

While the U.S. doesn’t seem able to win wars with that huge military — Afghanistan and Iraq remain disasters — it can inflict a stunning amount of damage that few countries are willing to absorb. Even when Washington doesn’t resort to its military, its sanctions can decimate a country’s economy and impoverish its citizens. North Korea and Iran are cases in point.

If the U.S. were willing to cover up the 1979 Israeli test while sanctioning other countries that acquire nuclear weapons, why would anyone think that this is nothing more than hypocrisy on the subject of proliferation? And if the NPT is simply a device to ensure that other countries cannot defend themselves from other nations’ conventional and/or nuclear forces, why would anyone sign on or stay in the treaty?

Turkish President Erdogan may be bluffing. He loves bombast and uses it effectively to keep his foes off balance. The threat may be a strategy for getting the U.S. to back off on its support for Israel and Greece in their joint efforts to develop energy sources in the eastern Mediterranean Sea.

But Turkey also has security concerns. In his speech, Erdogan pointed out “There is Israel just beside us. Do they have [nuclear weapons]? They do.” He went on to say that if Turkey did not response to Israeli “bullying,” in the region, “we will face the prospect of losing our strategic superiority in the region.”

Iran may be lying about the scope of its nuclear ambitions — although there is no evidence that Tehran is making a serious run at producing a nuclear weapon — but if they are, they in good company with the Americans and the Israelis.

The Path to Sanity

Sooner or later, someone is going to set off one of those nukes. The likeliest candidates are India and Pakistan, although use by the U.S. and China in the South China Sea is not out of the question. Neither is a dustup between NATO and Russia in the Baltic.

It is easy to blame the current resident of the White House for world tensions, except that the major nuclear powers have been ignoring their commitments on nuclear weapons and disarmament for over 50 years.

The path back to sanity is thorny but not impossible:

One: The U.S. should rejoin the Anti-Ballistic Missile Treaty, thus making Russia’s medium range missiles unnecessary, and reduce tensions between the U.S. and China by withdrawing ABM systems from Japan and South Korea.

Two: The U.S. should reinstate the Intermediate-Range Nuclear Forces Agreement and find a way to bring China, India, and Pakistan into it. That will require a general reduction of U.S. military forces in Asia coupled with an agreement with China to back off on its claims over most of the South China Sea. Tensions between India and Pakistan would be greatly reduced by simply fulfilling the UN pledge to hold a referendum in Kashmir. The latter would almost certainly vote for independence.

Three: The U.S. must continue its adherence to the START agreement, while the Big Five countries need to halt the modernization of their existing arsenals — and begin, at long last, to implement Article VI of the NPT in regards to both nuclear and conventional forces.

Pie in the sky? Well, it beats a mushroom cloud.

Foreign Policy In Focus columnist Conn Hallinan can be read at dispatchesfromtheedgeblog.wordpress.com and middleempireseries.wordpress.com.

The United States is still at war. The military budget is still monstrously high. FPIF's critical voices and actions are needed now more than ever.  Click HERE to donate.