From the artist standpoint, the influx of private equity into the music business raises the temperature as well. Swift may have hit an industry nerve by pointing to how the Carlyle Group financed Braun's acquisition of Big Machine. 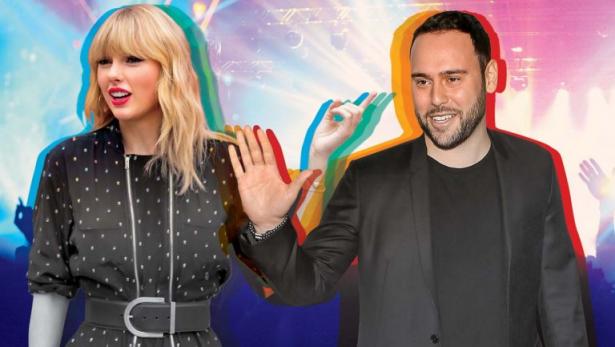 In the streaming age, "boilerplate" contract provisions may be outdated for artists who want to reclaim their older songs: "I see broader blanket prohibitions coming."

Here's a prediction: A few years from now, Taylor Swift's Nov. 24 performance at the American Music Awards will be largely forgotten. But the discussion about this performance will reverberate for far longer than most observers expect.

The debate started with a Nov. 14 tweet from Swift, who called out Scooter Braun and Scott Borchetta for allegedly restricting her from performing old songs at the ABC event honoring her as Artist of the Decade. According to Swift, the two men only would permit her to perform "Shake It Off" and other early hits if she agreed not to later rerecord copycat versions, as she's been threatening since Braun in June acquired rights to her Big Machine recordings. Big Machine denied such a move. It's conceivable each side was telling a version of the truth.

While most have focused on whether Braun and Borchetta truly have the ability to block Swift's performance, the thornier and somewhat unresolved legal issue pertains to distribution of Swift's recorded performances.

Consider this prospect: Swift sings at the AMAs, and producer Dick Clark Productions subsequently releases both a live album of the event and an archived stream. Swift then tells her 85 million Twitter followers to please listen and watch these live versions of "Shake It Off" rather than the original one that contributes money to Braun's wallet. Since Swift owns the copyright to the composition (Big Machine owns the masters), she'd financially benefit from doing this.

Braun and Borchetta may have seen Swift's AMA performance as a backdoor route toward rerecording hits and taken the position that any distribution of Swift's recorded appearance flouted Swift's contract.

Several lawyers consulted by THR say this read of the dispute makes sense. It's also supported by a statement put out by Big Machine on Nov. 18 noting its agreement with Dick Clark Productions with respect to post-show streams and rebroadcasts. "Recording artists do not need label approval for live performances on television or any other live media," read the statement. "Record label approval is only needed for contracted artists' audio and visual recordings and in determining how those works are distributed." (Dick Clark Productions is a division of Valence Media, the parent company of THR.)

If the Swift/Big Machine controversy was the result of fear over how her performance would be commercially exploited in the distribution market, this points to a developing issue for the future relationship between artists and record labels that will not simply end with the AMAs. It's one that is born of technological shifts as much as egos.

Traditionally, a record deal limited an artist's ability to rerecord for a finite amount of time. Five years was customary. That way, an artist wouldn't immediately author copycat versions of songs to recover a greater share of royalties. In reality, even if an artist wished to rerecord, he or she needed hefty distribution and marketing backing for it to make economic sense. As such, few in the industry gave much thought to the rerecording provisions of the record deal. Music attorney James Sammataro says the rerecording restriction until now largely has been "boilerplate." Time to shake it off?

Nowadays, online platforms like Spotify and YouTube make it much easier for artists — especially established ones — to deliver to audiences. Stars like Swift can exploit social media to achieve effective promotion as well. In other words, the ability to create market substitutes may appear more threatening to record labels. In the old days, many of these labels would have gladly accepted a TV appearance from an artist as good promotion for old recordings. Not anymore necessarily: "I see broader blanket prohibitions coming," says Sammataro.

From the artist standpoint, the influx of private equity into the music business raises the temperature as well. In her initial tweet, Swift may have hit an industry nerve by pointing to how the Carlyle Group financed Braun's acquisition of Big Machine. With big Wall Street money comes big expectations. The potential of third parties complicating the relationship between artist and record label is very real.

The situation between Swift and Braun may be somewhat unique, but no artist wants to lose control over his or her ability to perform older hits. Once a record deal ends, artists would prefer to assert more authority, not less. "People are learning from this," says attorney Mark Jaffe. "This could become the impetus for making these contracts more clear."

This story first appeared in the Nov. 20 issue of The Hollywood Reporter magazine. To receive the magazine, click here to subscribe.