Repressive Violence is Sweeping Bolivia. The Áñez Regime Must Be Held to Account

We call upon the international community to stop supporting this government, which is committing alarming human rights abuses 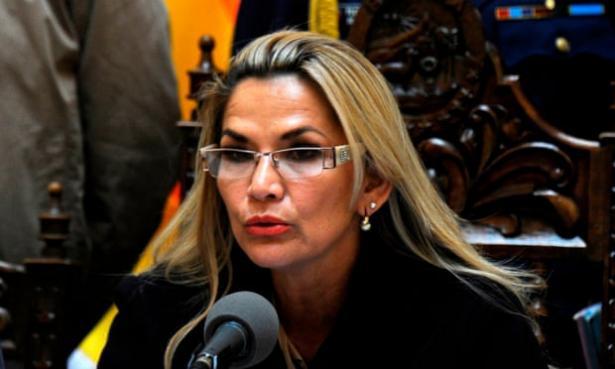 Evo Morales – President of Bolivia from the MAS party (Movimiento al Socialismo, Movement Towards Socialism) – was forced to resign on November 10, in what many observers view as a coup. In the wake of Morales’ resignation, there has been mounting chaos and violence. What is happening in Bolivia is highly undemocratic and we are witnessing some of the worst human rights violations at the hands of the military and the police since the transition to civilian government in the early 1980s. We condemn the violence in the strongest terms, and call on the US and other foreign governments to immediately cease to recognize and provide any support to this regime. We urge the media to do more to document the mounting human rights abuses being committed by the Bolivian state.

On November 10, Morales’ vice president and the heads of both chambers of Congress also resigned in the face of threats of violence against top MAS officials unless they left office. The pressure campaign included the burning of MAS officials’ houses and kidnapping of relatives. This paved the way for the ascension to the presidency of Jeanine Áñez (a conservative Roman Catholic opposition leader from northeastern Bolivia, widely accused of holding racist views) on Tuesday November 12.

The circumstances surrounding the rapid-fire resignations makes Áñez’s assumption of power highly questionable. There are serious doubts about the constitutional legitimacy of her succession. Without the forced resignations by MAS officials, Áñez would not have had even a minimally plausible constitutional path to the presidency, as she was serving as Vice-President of the Senate, a position that is not in the line of presidential succession within the constitution. Additionally, Áñez, whose party received only 4% of the vote in the most recent October 20 election, declared herself President in a Senate session lacking quorum, with MAS senators who make up the legislature’s majority boycotting partly due to fears for their physical safety.

Áñez represents the radical-right sector of the Bolivian opposition, which has taken advantage of the power vacuum created by Morales’ ouster to consolidate control over the state. Áñez appears to have full support of Bolivia’s military and police. Over the course of the last week the military and police have engaged in significant and increasing repression against protests, which have been largely, though not entirely, peaceful. By the night of November 13, La Paz and Cochabamba city center streets were empty of anyone but the police, military, and self-appointed neighborhood militias. There has been ongoing looting, burning of buildings, and violence on the streets and protesters have been met with much repression. In a highly disturbing move, Áñez issued an executive order on November 15 exempting the military from criminal responsibilities related to the use of force. Áñez has said Morales will face prosecution if he returns to Bolivia. And she has also floated the idea of banning the MAS party – which is undoubtedly still Bolivia’s largest and most popular political force – from participation in future elections.

Equally disturbing has been a resurgence of public anti-Indigenous racism over the course of the last week. Shortly after Áñez was declared President, she thrust a massive Bible into the air and proclaimed “The Bible has returned to the palace!” Three days earlier on the day of Morales’ ouster, Luis Fernando Camacho, a far-right Santa Cruz businessman and ally of Áñez, went to the presidential palace and knelt before a Bible placed on top of the Bolivian flag. A pastor accompanying him announced to the press, “The Pachamama will never return to the palace.” Opposition activists burned the wiphala flag (an important symbol of Indigenous identity) on various occasions. These are extremist views that threaten to reverse decades of gains in ethnic and cultural inclusion in Bolivia.

Despite increasing violence and repression, diverse social forces have been demonstrating around the country to condemn the government of Áñez. It is important to note that they include not only MAS supporters but also a broad swath of popular sectors that repudiate the rightwing seizure of the state. Thousands of largely unarmed protesters, mostly coca-leaf growers, gathered peacefully in Sacaba, a town in the department of Cochabamba, on the morning of November 15. After unsuccessful negotiations to march to the town square, protesters tried to cross a bridge into the city of Cochabamba, heavily guarded by police and military troops. Soldiers and police fired tear gas canisters and live bullets into the crowd. During the two-hour confrontation, nine protesters were shot dead, and at least 122 were wounded. Most of the dead and injured in Sacaba suffered bullet wounds. Guadalberto Lara, the director of the town’s Mexico Hospital, told the Associated Press it is the worst violence he has seen in his 30-year career. Families of the victims held a candlelight vigil late Friday in Sacaba. A tearful woman put her hand on a casket and asked, “Is this what you call democracy? Killing us as if we counted for nothing?”

We denounce the repressive state violence unfolding in Bolivia. We also voice our concern that the international media have not been able to effectively cover the human rights violations in Bolivia as they too have been met by the violence of the military. On November 15, an Al Jazeera journalist covering protests in La Paz was gassed by the police in the streets and could no longer hold her microphone or camera. Although she later backed down, Áñez’s new minister of communications told the press that the government will not tolerate “seditious” media. This environment, in which freedom of the press is not only not guaranteed, but threatened by the government, has resulted in an alarming lack of coverage of the gross human rights violations being committed by the armed forces against civilian unarmed protesters.

We are outraged by the Áñez regime’s violations of Bolivians’ political, civil, and human rights, and by the deplorable use of deadly violence that has led to a mounting death toll of protesters and countless serious injuries. We call upon the international community to immediately and publicly condemn these acts of violence. We ask international human rights bodies and organizations to impartially investigate and document the acts of violence committed by government agents. We demand that the international community ensure that this de facto regime, which is at best highly dubious and viewed by many as lacking any legitimacy, protect the lives of peaceful protesters, respect the rights of all to freedom of assembly and speech, and strictly abide by international norms on the use of force in situations of civilian violence. We demand that the US and other foreign governments cease all support to this regime and withhold international recognition until free and fair elections – including all political parties – are held, repressive violence ceases, and the fundamental human rights of all Bolivians are respected.