"I do not believe the defendant would be served by a severe prison sentence or substantial financial fine and ask you to show compassion in your sentencing." 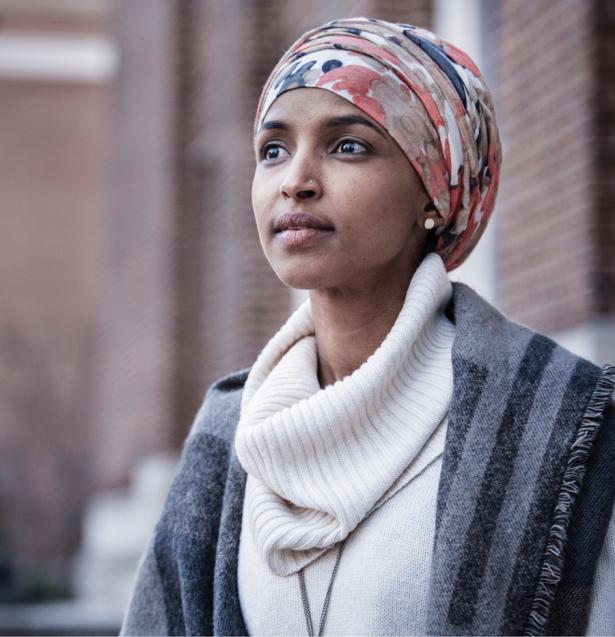 With impeachment hearings underway, there is more news than it’s possible to process coming out of Washington. But aside from the bombshells emerging from witness testimony, something else entirely stood out yesterday: a letter from Representative Ilhan Omar of Minnesota to a federal judge in New York.

Omar’s letter was sent to Judge Frank Geraci of the Western District of New York. The case it concerns is against Patrick Carlineo, who pleaded guilty Monday to making threats on Omar’s life and faces a maximum sentence of 10 years in prison. Omar wrote to say that she hoped the judge would not sentence Carlineo to a “severe prison sentence or a substantial fine.” Instead, she said, she hoped for a process that would actually address the harm he had caused and allow him to do something about it.

As you deliberate the sentencing of Patrick W. Carlineo, Jr., a man convicted of threatening my life, I write to ask for a system of compassion to be applied in his sentencing.

In these times, with a president who has viewed the criminal legal system as a space for expressing racism and his pardon power as a tool for pursuing his self-interest (which are related), Omar’s full letter is a bracing read. It is full of concepts our criminal legal system lacks: “compassion,” “amends,” and “repair.” These are goals that animate systems of transformative or restorative justice but are rarely at the center of the day-to-day decisions made in criminal courts across the country.

Omar’s letter is also pragmatic. (This is a word that Danielle Sered, the founder of the restorative justice organization Common Justice, frequently uses when describing survivors of harm.) A punitive approach, Omar writes, will not stop Carlineo from “committing a crime again” or be a deterrent for others. “Only restorative justice can do that,” she continues. That means “he should understand the consequences of his actions, be given the opportunity to make amends and seek redemption.”

And Omar, an elected representative with a background as an organizer, asks her audience to consider how a system invested in retribution, rather than accountability and repair, shapes a nation.

As the organizer and educator Mariame Kaba said on the Justice in America podcast last year: “People who are practitioners of restorative justice see restorative justice as a philosophy and ideology, a framework that is much broader than the criminal punishment system. It is about values around how we treat each other in the world. And it’s about an acknowledgement that because we’re human beings, we hurt each other. We cause harm.”

When FBI agents interviewed Carlineo at his home outside of Buffalo, New York, a week later, he admitted to some version of those remarks. According to the Times reporting, which relied on the criminal complaint, he also told them that he was a patriot who “loved Trump” and hated “radical Muslims in our government.” Officials later found “a loaded .45-caliber handgun, three rifles, two shotguns and hundreds of rounds of ammunition” at his home. Because of a previous felony conviction, he could not legally own a firearm and also pleaded guilty to illegal possession of a firearm on Monday.

The Southern Poverty Law Center discovered Carlineo’s racist and Islamophobic Facebook posts, endorsing violence, going back as far as 2014. And the hatred that Carlineo expressed is only a symptom of the larger environment of Islamophobia and rising threats against Muslims in the U.S.

Despite this, Omar’s letter refuses to do what actors in our criminal legal system so often do reflexively. She refuses to treat Carlineo as “other.” And she describes him as someone who can change. The hatred he expressed toward her, she asserts, can be replaced. She writes:

We must teach the defendant love.

And she closes the letter as she begins, calling for compassion toward Patrick Carlineo:

For this reason, I do not believe the defendant would be served by a severe prison sentence or substantial financial fine and ask you to show compassion in your sentencing.

Omar is, of course, not the only target of threats or violence who has said that they want something for the person who harmed them that is different from vengeance. Too often, though, survivors and even people who live with haunting loss are ignored. As the federal government plans to resume executions in December after a nearly 20-year hiatus, Attorney General William Barr has described the decision as what the government “owes victims and their families.” Yet, because of qualms after seeing the sentencing process up close, at least one family does not want to see the person who killed their relatives put to death. Campbell Robertson reported for the New York Times last month on how the Department of Justice has ignored their desires.

Ilhan Omar is harder to ignore than the average victim and it remains to be seen what impact her letter will have. Representative Ayanna Pressley of Massachusetts, her close colleague in Congress whose recently introduced resolution to transform the criminal legal system includes restorative justice funding, applauded her, writing on Twitter: “Met with egregious attacks that put her life at risk, my sister @IlhanMN responds with compassion, humanity, and clarity that our criminal legal system is unjust.”

Vaidya Gullapalli, senior legal counsel at The Justice Collaborative, spent several years as a human rights advocate, public defender, and journalist in the U.S. and India. She worked at the Bronx Defenders and Officer of the Appellate Defender in New York and has been a contributing writer for Solitary Watch.

Spotlights like this one provide original commentary and analysis on pressing criminal justice issues of the day. You can read them each day in our newsletter, The Daily Appeal.