The ILWU was fined $93.6 million over a labor dispute in Oregon, a sum which could bankrupt the union. Union President Adams explains that the ILWU will fight the judgement in court and will continue to defend its members, no matter the outcome. 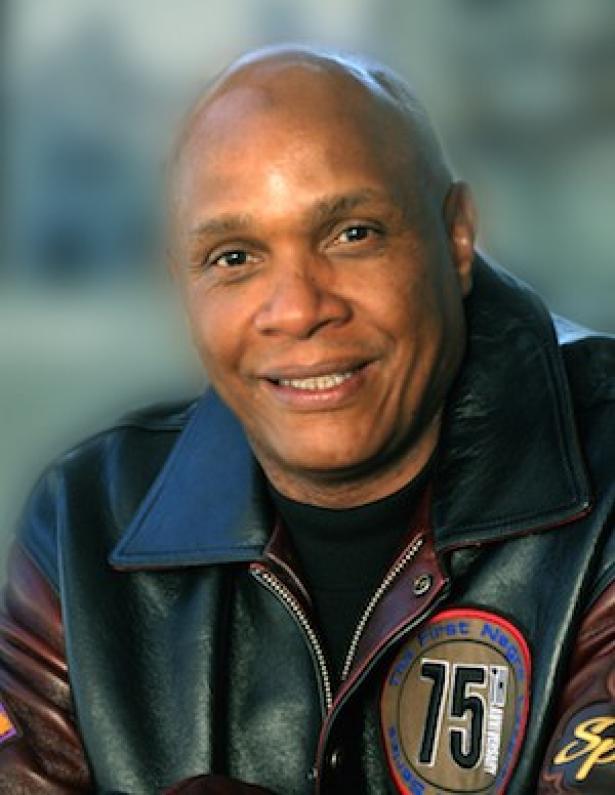 The struggles that the ILWU is facing have brought us to a watershed moment. We’re moving through a difficult storm in the path of our union’s rich history and continued story. There will be painful conversations. A few of our opponents have even written obituaries for our union. But, rest assured, there are no funeral plans and the ILWU will survive this challenge. We must remain calm and focused.

Our legal team mounted a heartfelt and robust defense against ICTSI Oregon, Inc. – a subsidiary of a Philippines-based company ICTSI Inc. – that formerly operated the Port of Portland’s container terminal.

Our lawsuit with ICTSI stems from a labor dispute between ICTSI and the union in 2012, when ICTSI became a signatory to a labor agreement with the ILWU but refused to assign all of the work covered by the collective bargaining agreement to ILWU-represented workers. The labor dispute was quickly decided in ICTSI’s favor by the NLRB and later in federal court, while labor-management relations at Portland’s container terminal worsened for unrelated reasons.

At the end of a two-week trial in Portland on November 4th, a jury decided a $93 million verdict against the ILWU and Local 8. The size of the jury verdict left us shocked, but worse was the mischaracterization throughout the trial that the ILWU does not care about the Oregon community or the Port of Portland. In fact, we are part of the community, and the men and women of the ILWU literally broke their backs building and helping to make Portland’s container terminal sustainable for years.

While we respect the process, we disagree with the excessive damages award, which supposedly compensated ICTSI for lost profits and some additional costs for a five-year period. It is our view that the award is not supported by the evidence, but based instead on speculation. The award is also several times what ICTSI projected it would make during that same five-year time period. Because we believe the jury’s damages award is inconsistent with the evidence, we will raise these concerns with the Court.

The Judge has responded to our concerns by postponing entry of judgment on the verdict so we can have the opportunity to tell the Court why we believe the verdict is not supported by the evidence offered at trial. That process is now underway, but the Judge will not rule on the post-trial motions until February at the earliest.

Since early November, the International Officers and the ILWU Coast Longshore Division Coast Committee Officers have been consulting and sharing information with other union officers and delegates. On November 12, International Executive Board Trustees and Longshore Division local union presidents convened separately to receive an update. On November 13 and 14, the ILWU Coast Longshore Caucus delegates gathered to discuss the outcome of the trial and next steps. In both cases, the discussion was positive, underscoring our solidarity and resolve.

We’re hoping that the Court will review the verdict and explore a different outcome – one that is more fair and consistent with the evidence. If that doesn’t happen, there’s a possibility that we may seek protection in federal court to re-organize our finances under protections allowed by the federal bankruptcy court. While nobody wants to take this step, it may be the best way to protect the ILWU and to allow us to return to sound financial footing as quickly as possible.

If that step is necessary, and we hope it won’t be, your union will continue helping new members and ILWU veterans, just like we’ve been doing since 1934. As your President, I consider this my highest duty. We all have an obligation to protect this institution that was built by generations of working men and women who sacrificed to improve working conditions and fight for the working class, despite the numerous setbacks and obstacles encountered along the way.

The ILWU’s democratic decision-making process, including the International Executive Board and the Longshore Division Caucus, will help us make the best decisions possible. At the same time, we’ll be alert for any employer or politician who thinks they can take advantage of this temporary setback. Finally, I’d like to clarify and reassure everyone that your ILWU pensions, savings plans and health benefits will not be impacted by these legal matters. There will be no changes in your contracts or working conditions.

During the coming months, we’ll keep you informed as this process unfolds. I’d like to finish this section of the report by acknowledging the many messages of solidarity and support we’ve receive from unions around the world who contacted us after the verdict was announced. It’s a reminder that workers everywhere need to stand up, stick together and continue seeking justice. Let’s learn from this experience, redouble our collective strength in support of the working class, and keep moving forward.

I want to share another important event that happened last month. Most of us watched the recent United Autoworkers strike against General Motors from a distance because GM closed their West Coast assembly plants many years ago. I felt it was important for the ILWU to show our solidarity for these 50,000 autoworkers who participated in their largest job action since 2007, when GM employed 50% more union workers. That’s why I took a red-eye flight in October to Flint, Michigan, where I met Sean Crawford, a young, rank-and-file leader. He told me that generations of his family have lived in Flint and been active in the United Autoworkers. They were union members from the beginning, including the 1936-‘37 “sit-down strike” in Flint that inspired workers throughout the country and made GM a union company.

Sean and I spent the day in Flint, walking on picket lines and visiting the “Sit-Down” memorial where many workers, including some of his family members, are honored. We spoke with local union activists and leaders, young people and veterans. All of them talked about their union, the labor movement and the state of America’s working class. It was a chilly day, with burn barrels to keep strikers warm on the picket lines as evening fell. They stayed on those picket lines 24-hours a day for six long weeks, until the company finally gave enough for a contract that was ratified by 57% of the membership – although it wasn’t the contract everyone hoped for.

I returned from my day in Flint humbled by what those autoworkers were up against – and how bravely they waged their struggle against difficult odds, in an industry that’s been outsourcing hundreds of thousands of good-paying union jobs to plants in China, Mexico and “right-to-work-for-less” states in the southern U.S.

But that’s not all – they’re also facing robots. The auto industry was using 127,000 robots in 2016, and certainly has more today. To their credit, the United Autoworkers has responded, in part, by undertaking organizing campaigns to help autoworkers in southern states join the union. Those campaigns have faced brutal opposition from the auto industry and politicians who hate unions, but the United Autoworkers hasn’t given up.

Clearly, we are facing challenges. There is pain, but we will survive. Your ILWU officers, attorneys and staff are grinding away each day, turning over every stone and fighting every inch of the way, regardless of the ups and downs, to ensure that we survive and get stronger with each challenge. Remain calm and focused. The ILWU will continue as a symbol of hope for working men, women and families all over the world.

William E. Adams was elected ILWU International President in 2018. He previously served five consecutive terms as the ILWU International Secretary-Treasurer starting in 2003.  Before becoming a full-time union officer, Adams worked as a longshoreman for 20 years and then as a marine clerk.