American workers will see no relief from their fears of jobs moving overseas or to lower-wage communities in their own country. 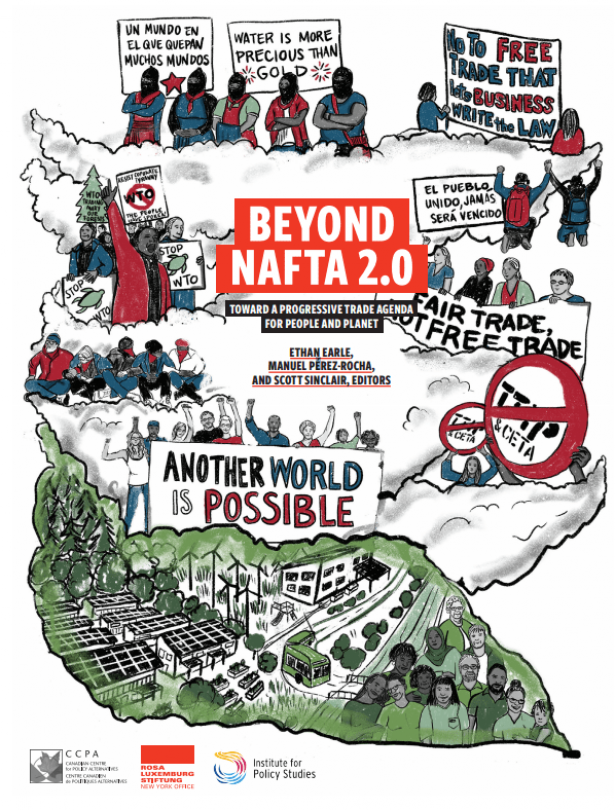 UE's officers released the following statement on the US-Mexico-Canada Agreement (USMCA) this morning.

The proposed replacement of NAFTA, now known as the US-Mexico-Canada Agreement (USMCA), remains a tool for corporate interests and provides insufficient relief to address the problems for working people embedded in the original agreement. At their core, these trade agreements serve to guarantee corporate investments in foreign countries and stop elected governments from passing measures that might impact corporate profitability while offering no real guarantees to workers in exchange.

The USMCA will still allow corporations to move their work to the locations with the lowest standards for workers and the environment while limiting the abilities of democratically-elected governments to uphold the interests of working people. Unless we demand that the rights of workers to organize and live in dignity are upheld everywhere, American workers will see no relief from their fears of jobs moving overseas or to lower-wage communities in their own country.

While guaranteeing protections for corporations, the USMCA does not guarantee to workers job security, living wages, good benefits, decent public services, a healthy environment in which to raise their families, or the ability to form a union without employer interference.

Pressure from working people, environmentalists, family farmers and others on the USMCA renegotiations over the past year did win small but significant victories — labor provisions were improved and a section that would have allowed pharmaceutical corporations to further expand their profits from life-saving medications was scrapped. But the real way forward can only be won through mobilization from below, combined with the kind of visionary thinking about what’s possible in trade agreements contained in the report “Beyond NAFTA 2.0: Toward a Progressive Trade Agenda for People and Planet.”

UE urges Congress to vote “No” on USMCA and instead pursue a new model of trade and economics that will benefit working people and the planet, starting with our own working, living and environmental standards. Congress should pass the Raise the Wage Act to put more money in workers’ pockets, the Protecting the Right to Organize Act and the Public Service Freedom to Negotiate Act to expand the union rights of workers, the Medicare for All Act to guarantee quality healthcare to all, and the Green New Deal to put our country to work ending the climate crisis. As we pursue justice for working people in the U.S., we can negotiate trade agreements that guarantee those same rights to workers throughout North America and the world.