The Americans Dying Because They Can't Afford Medical Care 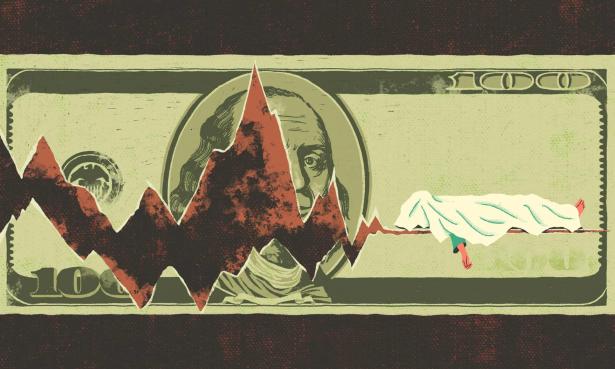 Susan Finley returned to her job at a Walmart retail store in Grand Junction, Colorado, after having to call in sick because she was recovering from pneumonia.

The day she returned, the 53-year-old received her ten year associate award – and was simultaneously laid off, according to her family. She had taken off one day beyond what is permitted by Walmart’s attendance policy.

After losing her job in May 2016, Finley also lost her health insurance coverage and struggled to find a new job. Three months later, Finley was found dead in her apartment after avoiding going to see a doctor for flu-like symptoms.

“My grandparents went by to check on her, and they couldn’t get into her apartment,” her son Cameron Finley told the Guardian. “They got the landlord to open it up, went in and found she had passed away. It came as a complete surprise to everybody. It just came out of nowhere.

“She was barely scraping by and trying not to get evicted. She gets what appears to her as a basic cold or flu, didn’t go to the doctor and risk spending money she didn’t have, and as a consequence she passed away.”

Asked about Finley losing her job, Walmart declined to comment, saying personnel files from 2016 had been moved offsite.

Finley is one of millions of Americans who avoid medical treatment due to the costs every year.

A December 2019 poll conducted by Gallup found 25% of Americans say they or a family member have delayed medical treatment for a serious illness due to the costs of care, and an additional 8% report delaying medical treatment for less serious illnesses. A study conducted by the American Cancer Society in May 2019 found 56% of adults in America report having at least one medical financial hardship, and researchers warned the problem is likely to worsen unless action is taken.

Dr Robin Yabroff, lead author of the American Cancer Society study, said last month’s Gallup poll finding that 25% of Americans were delaying care was “consistent with numerous other studies documenting that many in the United States have trouble paying medical bills”.

US spends the most on healthcare

Despite millions of Americans delaying medical treatment due to the costs, the US still spends the most on healthcare of any developed nation in the world, while covering fewer people and achieving worse overall health outcomes. A 2017 analysis found the United States ranks 24th globally in achieving health goals set by the United Nations. In 2018, $3.65tn was spent on healthcare in the United States, and these costs are projected to grow at an annual rate of 5.5% over the next decade.

High healthcare costs are causing Americans to get sicker from delaying, avoiding, or stopping medical treatment. 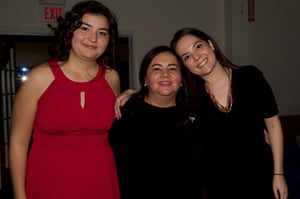 Anamaria Markle, of Port Murray, New Jersey was diagnosed with stage three ovarian cancer in 2017. A clerk for nearly 20 years at the same firm, her family says her employer laid her off after the diagnosis, with one year’s severance and health insurance coverage. When the insurance coverage ended, Markle struggled to pay for coverage through Cobra (a health insurance program for employees who lose their job or have a reduction in work hours), additional expenses, copays (an out-of-pocket, upfront fee for a medical service ), and medical debt not covered by insurance.

Laura Valderrama, Markle’s daughter, said: “It wasn’t financially sustainable to keep paying Cobra out of pocket. On top of the premiums you still have to pay the bills. We kept getting lots of bills for surgeries, chemotherapy, all these treatments, all these bills kept coming in.”

Markle decided to stop receiving medical treatment due to the rising costs and debt, and died in September 2018 at the age of 52.

“My mom was constantly doing the math of treatment costs while she was on the decline,” Valderrama said. “I really miss my mom. She shouldn’t have had to make the decision to stop her treatment based on financial costs.”

Families ‘should not have to make these choices’

One of those Americans was the father of Ashley Hudson, who died in 2002 due to an untreated liver disease, an illness that went undiagnosed until a few weeks before his death. It was only discovered when he went to the emergency room because he was unable to afford to see a doctor due to lack of insurance coverage and inability to afford treatment out of pocket.

Now Hudson’s mother, Sue Olvera, who works at McDonald’s and has no insurance coverage, is facing similar cost barriers while struggling with kidney issues and type 2 diabetes.

“She’s had pain for a long time, but she doesn’t usually go to the doctor unless it gets excruciating because she can’t afford to go,” said Ashley Hudson.

The family is trying to raise money via GoFundMe to help cover the costs of Olvera’s surgery to remove kidney stones earlier this year, which Olvera was expecting to be covered under a charity program, but was denied and now is stuck with over $40,000 in medical debt. 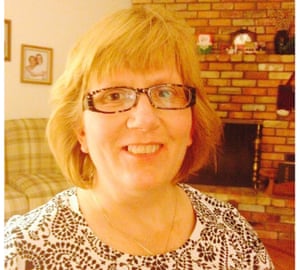 Susan Finley was found dead in her apartment after avoiding going to see a doctor for flu-like symptoms. Photograph: Courtesy of the family

Healthcare is one of the most contentious issues surrounding the 2020 presidential election as Democratic candidates battle over policies to expand healthcare access and lower costs, from Bernie Sanders’ medicare for all bill which would create a government funded healthcare system providing universal coverage to all Americans, while eliminating surprise medical bills, deductibles, and copays, to healthcare plans that focus on creating a public option under the Affordable Care Act. As Democrats debate solutions to America’s healthcare crisis, the Trump administration is delaying any plans for repealing the Affordable Care Act passed under Obama until after the 2020 election.

Several people the Guardian interviewed are currently avoiding medical treatment for serious illnesses or struggling to treat illnesses worsened by delaying medical care due to costs.

Substitute teacher Gretchen Hess Miller, 48, of Carlisle, Pennsylvania, was diagnosed with oral cancer in 2009 while pregnant. She has had surgery to remove the cancer, but is supposed to receive annual scans to monitor the cancer, but hasn’t received one in four to five years because her family can’t afford it.

“My doctor told me this is an aggressive form of cancer that will come back someday and I need to stay on top of it, but the deductible and the difficulty with dealing with the insurance keeps me from having it done,” said Hess-Miller.

Her insurance coverage currently requires a $5,000 deductible. She says she has previously had to fight to receive coverage because medical care is constantly denied because insurance classifies oral care as dental rather than medical care.

“I have kids. I worry about our future. I want to be here for them,” she said. “We’re very thankful to have insurance at all, but families should not have to compromise on if I’m going to pay for my kid’s college or pay for a test to see if I have cancer. People shouldn’t be put in a position to make choices like that.”

Amy Keeling, 51, a paralegal in New Hampton, Iowa, avoided seeing a doctor for over a year due to her partner’s surgery costs in 2018 for triple bypass surgery.

“I hadn’t felt good for awhile, but I just thought it was my age. In September 2019, I got the flu, and ended up in the emergency room because I couldn’t breathe,” said Keeling.

She was diagnosed with Grave’s Disease, an autoimmune disorder.

“If I had been going in to the doctor and checking on this a lot sooner, we may have been able to do other alternatives and get a handle on this before it got this serious. I’m at the point where medication won’t control it and my only option is surgery,” she said.

Her insurance requires a $5,000 deductible. Having met it in 2019, she scrambled to have her surgery scheduled before 2020, when it would reset. All while her partner is looking to file for bankruptcy because he currently has around $40,000 in medical debt.