‘I Honestly Don’t Trust Many People at Boeing’: A Broken Culture Exposed

“Had they done the right thing upfront, they might have had slightly higher costs upfront, but they would have saved billions in the long term,” Mr. Sullenberger said. “But that’s hard to do in this world run by Wall Street.” 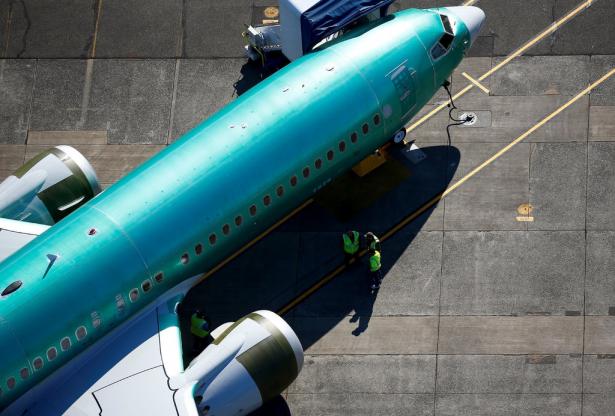 “This airplane is ridiculous,” one Boeing employee wrote to another about the 737 Max., Lindsey Wasson/Reuters

Boeing’s troubles run deep. The 737 Max, its newest and most important jet, has been grounded since March after two deadly crashes killed 346 people. The cascading crisis has disrupted the global aviation industry, cost the company billions of dollars and led to the ouster of its chief executive.

Yet the steady drip of bad news and embarrassing revelations — culminating in Thursday’s release of 117 pages of damning internal communications — has revealed something more disturbing than one poorly designed plane. The very culture at Boeing appears to be broken, with some senior employees having little regard for regulators, customers and even co-workers.

Perhaps most tellingly, the documents show Boeing employees repeatedly questioning the competence of their own colleagues, and the quality of the company’s engineering.

Another employee wrote: “I honestly don’t trust many people at Boeing.”

Boeing is the largest manufacturing exporter in the United States, and its fate can sway the national economy. It employs more than 130,000 people, in all 50 states, and supports a network of thousands of suppliers. And the dysfunction at the heart of one of America’s most important companies, as illustrated by the new messages, still has the power to shock.

“We’ve all seen this movie before, in places like Enron,” Chesley B. Sullenberger III, the pilot who safely landed a plane on the Hudson River in 2009, said in an interview. “It’s not surprising that before a crisis, there are indications of real deep problems that have their roots in leadership.”

Sara Nelson, the president of the Association of Flight Attendants union, said the messages revealed a “sick” culture at Boeing, noting that “the trust level was already in the toilet.”

The internal communications, which were provided to congressional investigators and cover a five-year period before the crashes in late 2018 and early 2019, show Boeing employees cavalierly dismissing the Federal Aviation Administration, which certified the Max as safe to fly. Ahead of a 2016 meeting to discuss training requirements for the plane, a Boeing employee described regulators as “dogs watching TV.” Another time, a Boeing employee wrote: “There is no confidence that the F.A.A. is understanding what they are accepting (or rejecting).”

Airlines, which pay about $100 million apiece for the Max, were derided as incompetent, their questions unreasonable. When discussing whether pilots at an Indonesian airline connected to Lion Air, which operated the first Max that crashed, might need simulator training before flying the Max, a Boeing employee said it was “because of their own stupidity” and called the airline “idiots.”

“This is confirmation that the problems go beyond Muilenburg,” said Michael Stumo, whose daughter Samya was killed in the second Max crash, referring to Dennis A. Muilenburg, the chief executive who was dismissed last month. “This is deeply flawed, long-term cultural erosion.”

On Friday morning, Greg Smith, Boeing’s interim chief executive, wrote an email to employees expressing contrition for the messages and imploring the company to change.

“These documents do not represent the best of Boeing,” Mr. Smith said in the email, which was obtained by The New York Times. “The tone and language of the messages are inappropriate, particularly when used in discussion of such important matters, and they do not reflect who we are as a company or the culture we’ve created.”

Mr. Smith noted that the messages involved a relatively small number of employees, and said the company had confidence in the Max. The company declined to comment on Friday beyond Mr. Smith’s email.

For generations, Boeing represented the pinnacle of American engineering. It helped win World War II, land men on the moon, build Air Force One and make commercial air travel ubiquitous, even glamorous. But the newly released messages portray a company that appears to have lost its way.

Once relentlessly focused on safety and engineering, Boeing employees are shown obsessing over the bottom line. Though Boeing is one of the American government’s biggest contractors, the F.A.A. was viewed as a roadblock to commercial goals that would “impede progress” when it tried to “get in the way.”

At times, Boeing employees expressed reservations about the safety of their planes.

“Would you put your family on a Max simulator trained aircraft? I wouldn’t,” one said to a colleague in 2018, before the first crash.

While the most insensitive comments appear to have been made by a few employees, the messages reveal a coordinated effort among Boeing employees to persuade the F.A.A. that the Max did not need simulator training, a significant financial boon for the company.

Boeing employees congratulated one another for using “Jedi mind tricks” to convince regulators that minimal training was needed on the Max. In an email from 2016 celebrating the agency’s preliminary decision not to require simulator training on the Max, the plane’s chief technical pilot, Mark Forkner, said the news “culminates more than three years of tireless and collaborative efforts across many business units.” Last year, other damaging internal communications involving Mr. Forkner were released.

In an exchange with Mr. Forkner in 2014, an employee who was developing the computer-based training for the Max suggested providing more guidance in the pilot manual for how to handle certain emergencies. (The plane featured a new software system later found to have played a role in both crashes.)

Mr. Forkner told the employee that the company couldn’t add that information because it might lead regulators to require more extensive training for pilots. “We need to sell this as a very intuitive basic pilot skill,” Mr. Forkner wrote.

“I fear that skill is not very intuitive any more with the younger pilots and those who have become too reliant on automation,” the employee responded.

“Probably true, but it’s the box we’re painted into,” Mr. Forkner said, citing the desire to keep training to a minimum. “A bad excuse, but what I’m being pressured into complying with.”

After fighting so hard to avoid simulator training, Boeing reversed itself this week and recommended that all pilots have the training before flying the Max. Bloomberg Intelligence estimated that it would cost the company $5 billion, though Boeing said it was too soon to know the true figure.

“Had they done the right thing upfront, they might have had slightly higher costs upfront, but they would have saved billions in the long term,” Mr. Sullenberger said. “But that’s hard to do in this world run by Wall Street.”

Stan Sorscher, a former Boeing engineer who then worked with a union representing company engineers, said priorities had shifted over the past two decades, with profits mattering more than quality.

“Engineers normally just don’t talk that way,” Mr. Sorscher said of the messages. “It’s not the company I knew.”