We now can identify which genes were important at each stage of domestication history, and discover what they do. 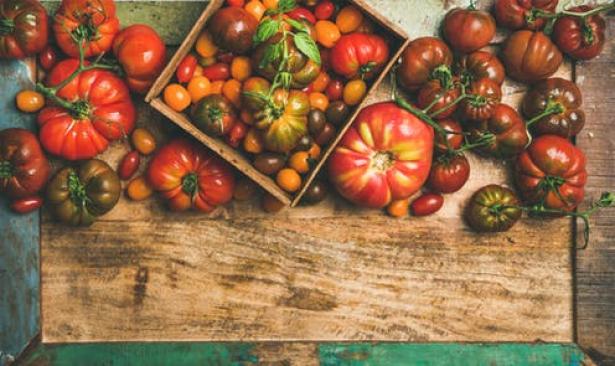 The Big Idea: The tomato’s path from wild plant to household staple is much more complex than researchers have long thought. For many years, scientists believed that humans domesticated the tomato in two major phases. First, native people in South America cultivated blueberry-sized wild tomatoes about 7,000 years ago to breed a plant with a cherry-sized fruit. Later, people in Mesoamerica bred this intermediate group further to form the large cultivated tomatoes that we eat today.

But in a recent study, we show that the cherry-sized tomato likely originated in Ecuador around 80,000 years ago. No human groups were domesticating plants that long ago, so this implies that it started as a wild species, although people in Peru and Ecuador probably cultivated it later.

We also found that two subgroups from this intermediate group spread northward to Central America and Mexico, possibly as weedy companions to other crops. As this happened, their fruit traits changed radically. They came to look more like wild plants, with smaller fruits than their South American counterparts and higher levels of citric acid and beta carotene.

We were surprised to find that modern cultivated tomatoes seem most closely related to this wild-like tomato group, which is still found in Mexico, although farmers don’t deliberately cultivate it.

Average fruit size in the cultivated tomato in comparison with its semi-domesticated and fully wild relatives. Hamid Razifard, CC BY-ND

Why it matters: This research has direct implications for crop improvement. For example, some intermediate tomato groups have high levels of glucose, which makes the fruit sweeter. Breeders could use those plants to make cultivated tomatoes more attractive to consumers.

We also saw signals that some varieties in this intermediate group had traits that promoted disease resistance and drought tolerance. Those plants could be used to breed hardier tomatoes.

What still isn’t known: We don’t know how the intermediate group of tomatoes spread from South America to Central America and Mexico. Birds may have eaten the fruits and excreted the seeds elsewhere, or humans may have cultivated or traded them.

Another question is why this intermediate group “regressed” and lost so many domestication traits once it spread north. Natural selection in new northern habitats may have actively favored tomatoes with more wild-like traits. It also could be that humans weren’t breeding these plants and selecting for domestication traits, such as large fruits, which may require plants to use more energy than they would put into fruiting naturally.

How we do our work: We reconstruct tomato history by sequencing the genomes of wild, intermediate and domesticated tomato varieties. We also carry out population genomic analyses, in which we use models and statistics to deduce the changes that have occurred to tomatoes over time.

This work involves writing a lot of computer codes to analyze large amounts of data and look at patterns of variation in DNA sequences. We also work with other scientists to grow tomato samples and record data on many traits, such as fruit size, sugar content, acid content and flavor compounds.

What else is happening in the field: Feeding a growing human population will require improving crop yields and quality. To do this, scientists need to know more about plant genes that are involved in phenomena such as fruit development and flavor and disease resistance.

For example, research led by Zachary Lippman at the Cold Spring Harbor Laboratory in New York is using genome editing to manipulate traits that can help improve tomato yield. By tweaking genes native to two popular varieties of tomato plants, they have devised a rapid method to make the plants flower and produce ripe fruit more quickly. This means more plantings per growing season, which increases yield. It also means that the plant can be grown in latitudes more northerly than currently possible – an important attribute as the Earth’s climate warms.

What’s next for you: Our research provides an atlas of candidates for future tomato gene function studies. We now can identify which genes were important at each stage of domestication history, and discover what they do. We also can search for beneficial alleles, or variants of specific genes, that may have been lost or diminished as the tomato was domesticated. We want to find out whether some of those lost variants could be used to improve growth and desirable traits in cultivated tomatoes.

[ Deep knowledge, daily. Sign up for The Conversation’s newsletter. ]