The strikes in France continue! In the past few months the electrical workers have taken up the mantle of Robin Hood by cutting power to the rich and reconnecting the poor. 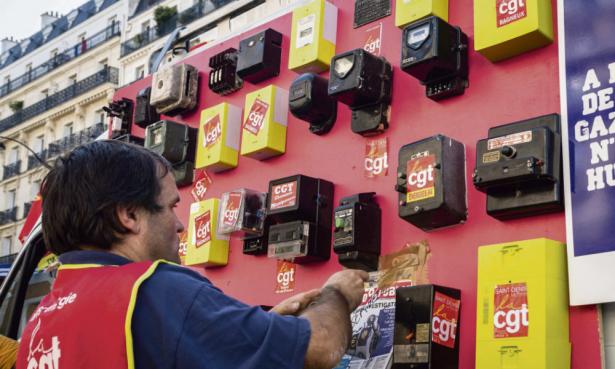 Over the past few months French electrical workers in the CGT-Énergie have become known as “The Robin Hood”: they cut the electricity to businesses, police stations, and government buildings, while reconnecting power to poor households that cannot afford to pay the rates. A week ago, these workers took action against the CFDT, the country’s oldest and most conciliatory union which refused to call a strike since the actions against the pension reform began December 5.

This isn’t the first time French electrical workers have engaged in these kinds of actions. On Christmas, they engaged in a similar action, reconnecting power to homes in the impoverished suburbs.

This is part of an ongoing strike by workers against President Macron’s pension reforms. On Friday, over a million people all over France took to the streets and even more sectors joined the strike. The workers of the Paris Metropolitan Transport (RATP) and the railway workers of the country (SNCF) have been striking indefinitely, supported by intermittent strikes by other workers, energy workers, workers at refineries and ports and teachers, among others. In many cases, these strikes have taken place against the trade union leadership.

Despite this historic strike and the mobilization of millions of people, CFDT leader Laurent Berger was at the negotiating table with the Macron government from day one and defended most of the pension reform, including the clauses that attacked his own members.

The anger against this union grew to the point that a group of strikers coordinated by the RATP and SNCF occupied the central hall of the union’s headquarters. The occupation had a lot of support from workers and from the streets, even though the media, the government and most of the union leaderships condemned it. Then, the workers shut down the power to this sell-out union.

Class Collaboration in the Dark

In a press release confirming that the action was carried out by a dozen branches of CGT-Énergie in the Paris region, the electrical workers pointed out the reasons for disconnecting power to the CFDT headquarters.

“Against the pension reform: The Robin Hoods deprive Berger of electricity,” the text begins. “Berger negotiates the terms and forms of our future chains and those of our children, without ever having participated in the indefinite strike against the pension reform. This morning, Monday, January 20, 2020, the electricity was cut off at the CFDT’s federal headquarters in Paris, and it was the class collaboration that went into darkness.”

The statement ends with a clear statement: “We work, we produce, we decide. Resistance.”

The CFDT came out publicly against the action that took their power. In a statement, it said, “The CFDT headquarters was again the victim of an intrusion on Monday morning. Some 15 hooded individuals entered the building to cut off the electricity. This new attack, which several CGT energy unions have claimed responsibility for on social media, is unacceptable.”

While the population maintains its support for the strikers, Berger’s popularity is dwindling. The same goes for Macron, who is finding it increasingly difficult to take to the streets or hold public events. Last week, a demonstration inside and outside a theater forced the police to urgently “extract” the president from the event he was attending inside.

On Monday morning, while Berger sat in the dark at his union headquarters, Macron could not get to an event at a factory in the town of Dunkirk. He was “welcomed” by 200 strikers and demonstrators who were picketing on the highway leading to the site.

This action by CGT-Énergie workers also put CGT Secretary General Philippe Martinez in a difficult position. Martinez has supported the strike from the beginning, and although he did not call for its extension, he also did not accept the “Christmas truce” demanded by the government. Yet, he repudiated the action of the strikers who entered the CFDT headquarters. His statement was rejected by many CGT sections who supported the action. Sectors further radicalized, cutting off power to the sell-out union without consulting their own union leadership. The actions by CGT electricians shows the radicalization of the working class base and the growing disconnection with their leaderships, even the “left” leaderships.

[Juan Andrés Gallardo is a journalist from Buenos Aires and the editor of the international section of our Argentinian sister site La Izquierda Diario.]