Though the Oshawa facility is now quiet, the battle to revive it, with all its noise and productive bustle, continues. 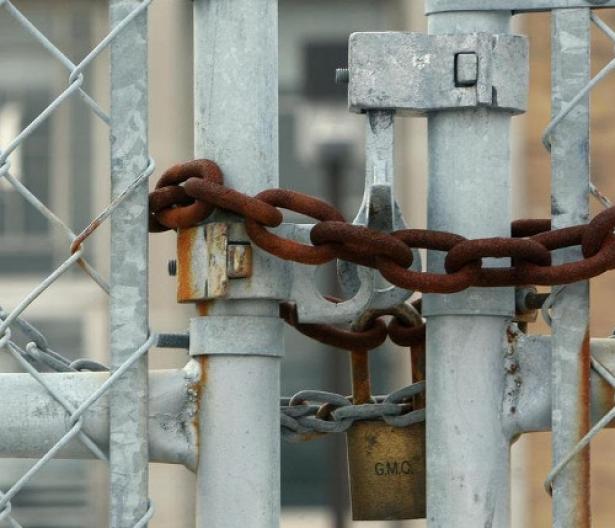 On November 26, 2018, General Motors announced a number of plant closures in North America, the largest of which is in Oshawa, Ontario. The Oshawa facility, once the largest auto complex on the continent, was to end all its assembly operations by the end of 2019.

The response of the federal government, which had used the preservation of jobs to justify giving GM billions in public funds during the financial crisis, was a tepid ‘disappointment’. The provincial government, which had been plastering the province with the slogan ‘Ontario is open for business’ was left red-faced when, as its billboards were going up, GM announced the closing of one of the largest workplaces in the province. Both levels of government essentially closed their eyes and wished the issue away.

Nor did the autoworkers’ union, Unifor, escape its own share of discomfort. Less than two years earlier, its leadership had negotiated lower wages and pensions at GM for new (essentially younger) workers in spite of those workers doing exactly the same job as those beside them. This betrayal of union solidarity was sold to the members as a victory because of its promised retention of jobs. When the closure exposed the job ‘guarantees’ as a sham, the national president reacted with predictable bluster and launched a public relations campaign to shame the corporation into reversing its decision.

In the end, the union did solicit another job promise from the corporation but this time it was for only 300 hundred jobs and they would only come at the end of 2020. Earlier, when the head of GM had announced the closure, she had pointedly emphasized that even with only 3000 GM workers left, the plant’s heavy ‘underutilization’ was a factor in it being shuttered. What then to make of the sustainability of the 300 prospective jobs that would leave 95 per cent of the facility underutilized?

A small group of rank and file Oshawa workers and retirees understood that far more was needed; both logic and history suggested that appealing to GM to rethink their cold calculations was naïve. They joined with other community allies, including the Durham Labour Council and supporters from the Toronto-based Socialist Project, to establish Green Jobs Oshawa. Its mandate was to explore and organize around other possibilities for the Oshawa facility.

Four perspectives drove their ambitious proposal. First, GM was the problem, not the solution. Second, expecting to compete in the market with China, Mexico or plants in the American south was no answer. It would only reproduce past pressures on wages and working conditions, past insecurities and past failures. Third, any alternative would need to introduce a product with special social significance. And fourth, the issue was not just jobs but retaining Canada’s manufacturing capacities.

In line with this outlook, Green Jobs Oshawa called on the federal government – or the municipal government with substantial financial and technical support from the feds – to take over the land and equipment idled by GM. The Oshawa facility could then be converted to assembling fleets of electric vehicles. The sale of these vehicles was to depend not on market competition, but a social plan based on direct government purchases of the products the government had invested in. The fleet vehicles involved would range from electric post office vans (as recommended earlier by the Canadian Union of Postal Workers) to hydro-electric vans, newly designed school buses, ambulances and police cars. With that base, the plant could also produce electric cars for individual consumers and, depending on how much space remained available, add other environmentally-related products.

The message was that jobs, the environment, and the industrial capacities for conversion and restructuring are inseparable. From that perspective, saving Oshawa was not an end point but a beginning and an example to build on.

The workers in Oshawa were frustrated and angry, but anger doesn’t necessarily translate into activism. Having experienced the steady drip-drip decline of the Oshawa complex, having recently suffered demoralizing defeats after defeats in bargaining, and now seeing the final end of vehicle assembly in the city, workers had shifted to survival mode. In that state of mind, most workers, it seemed, had simply stopped even thinking about possibilities. Nor was it unusual for workers to guard against hope creeping into their consciousness; risking the pain of once more seeing hopes dashed made even hope something to willfully avoid.

Though workers contacted by Green Jobs Oshawa generally considered the proposals on conversion as sensible, this was trumped by their skepticism of ‘sensible’ driving economic and political decisions. Critical here was the role of the union. As frustrated as workers were with the union, they still looked to its structures and resources for leadership, especially given the radical nature of the alternative proposed. But with both the national and local leadership not interested in and even hostile to an alternative, it was no surprise that workers were lukewarm to committing to a fight for a long-shot alternative.

Important here, as well, were the limits of the environmental movement. Environmentalists have most impressively raised public awareness of the looming environmental catastrophe. Yet they have been far less successful in getting the mass of working people on side. Two inter-related problems stand out. First, the promise of a ‘just transition’ is well-meaning but unconvincing to workers; workers rightly ask how such a commitment could be met in a society driven by competition and private profits. Second, with the environmental movement generally absent from workers struggles, developing ‘awareness’ could only go so far.

Measured by its ability to keep the Oshawa facility humming, Green Jobs Oshawa was not successful; today, no more vehicles are being assembled in Oshawa. But measured by their work in placing a vital but largely ignored issue on the agenda – the steady loss of the productive capacity we will need to reconstitute the environment – brings a more encouraging conclusion. 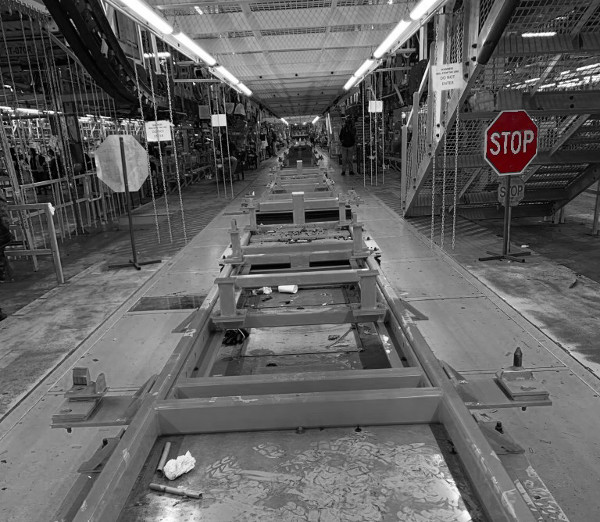 Though the Oshawa facility is now quiet, the battle to revive it, with all its noise and productive bustle, continues. The facility still has waiting assembly lines, a body shop, a paint shop, and 10 million square feet of space. In Oshawa and nearby, there is no shortage of workers anxious to apply their too often underestimated skills, suppliers with flexible tooling capacities, and young engineers leaving university anxious to apply their knowledge to developing socially useful products. Green Jobs Oshawa continues to send out material and speak at events, making connections and spreading the urgent discussion of possibilities.

Workers – with the support of their union leadership where possible, on their own if that leadership is not sympathetic – should be setting up committees to consider the future of their workplaces and holding meetings to discuss the plant occupations, nationalizations and conversions in other cities facing major manufacturing shutdowns.

The Canadian Labour Congress should be supporting and coordinating such initiatives with its own research and also joining with the environmental movement to take the initiatives further. A significant step would be to lobby for a National Conversion Agency with the authority and financial and technical resources to intervene when plant closures occur or seem imminent.

Provincial federations of labour could focus on the environmental particularities of their own regions as, for example, the Alberta Federation of Labour has started to do in addressing how the inevitable transition away from oil could be economically and socially managed. This could include lobbying to establish local tech-enviro centers populated by the hundreds of young engineers mentioned above. Alongside coming up with possibilities for local conversion and development, they could contribute to spreading understanding to the community of what we face and what needs to be done.

For private sector workers, the crucial fact is that environmental pressures will require transforming everything about how we live, work, travel, and use our leisure time. Such a massive and unprecedented undertaking (the conversions entering and exiting World War II come closest) can, if done right, mean not a loss of jobs but a shortage of workers trying to meet society’s ‘regular’ needs and the demands of environmental reconstruction.

As for the public sector, the growing acceptance that environmental limits translate into limiting individual consumption in the developed countries leads to a greater emphasis on collective consumption. We are on the cusp of having to urgently redefine what we mean by ‘abundance’ and to place greater value on retrieving our time, leisure, social services (health, education), collective goods (public transit, libraries), and public spaces (sports, music, arts, parks) – a reorientation, that is, to the expansion of the public sector and public sector jobs.

Finally, for environmentalists, truly addressing the scale of what must be done means moving from a vague anti-capitalism to an aggressive – and confident – call for democratic planning and its corollary of fundamentally challenging corporate property rights. And addressing how to implement such policies, requires bringing the mass of workers on side to both the environmental necessities and to the overcoming of capitalism. This can only begin with actively supporting the defensive struggles of workers with the goal of linking them, as Green Jobs Oshawa has tried to do, to those larger issues of conversion and democratic planning in the shaping of the world to come.

In short, the issue is not simply a matter of bringing the environmental movement and the labour movement together; each must be transformed if the sum is to be more than the currently limited parts. The environmental movement must raise itself to a new level by concretely engaging the working class, and the labour movement must escape what, for it, has become an existential crisis. The threats and opportunities of the environmental crisis offer a chance for labour revival, but only if this incorporates a renewed approach to organizing, struggle, radical politics, and the maximization of informed membership participation. •

Sam Gindin was research director of the Canadian Auto Workers from 1974–2000. He is co-author (with Leo Panitch) of The Making of Global Capitalism (Verso), and co-author with Leo Panitch and Steve Maher of The Socialist Challenge Today, the expanded and updated American edition is forthcoming with Haymarket in 2020.