Mike Bloomberg's Education 'Reforms' Would be a Disaster for Public Schools

Like Trump, Bloomberg is a fervent backer of privatizing and dismantling public schools across the country 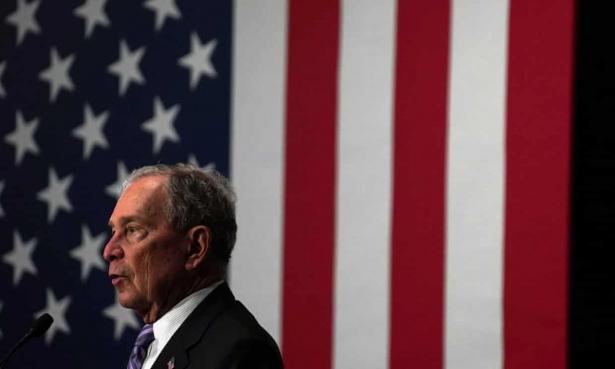 Nominating Michael Bloomberg would be a disaster for public schools – and for the Democrats’ chances at beating Donald Trump in 2020. Because when it comes to education policy, it is virtually impossible to tell the two billionaire politicians apart.

Like Trump and his inept secretary of education, Betsy Devos, Bloomberg is a fervent backer of privatizing and dismantling public schools across the country. Education, in their view, should be run like a business.

While other establishment Democrats have begun changing their tune in response to the “Red for Ed” movement, Bloomberg’s campaign spokesman has made it clear that privatization will be a core message of his 2020 presidential run: “Mike has always supported charter schools, he opened a record number of charter schools as mayor of New York City, and he will champion the issue as president.”

Indeed, Bloomberg succeeded in massively expanding privately run but publicly funded charter schools during his term as mayor, increasing their number from 18 to 183. His controversial push to “increase school choice” closed over 100 schools in low-income communities and entrenched New York City’s education system as the most racially segregated in the country.

In contrast with Bloomberg’s too-little-too-late apology for imposing racist stop-and-frisk policies upon New York City – and its overwhelmingly non-white student body – the former mayor has doubled down on his rightwing education approach in recent years.

If anything, the main difference between Bloomberg and Trump is that the former has spent far more of his immense personal fortune to boost corporate “education reform” and local candidates driving this agenda. The New York Times reported last week that Bloomberg has spent millions to promote charters in the state of Louisiana alone. And this is just the tip of the iceberg: Bloomberg’s foundation in 2018 announced its plan to spend $375m to promote charters, merit pay and the sacking of “failing” teachers, among other reforms.

Bloomberg is also an active promoter of high-stakes testing. Despite abundant evidence that an excessive testing regime does little to improve real educational achievement, Bloomberg has vociferously sung the praises of this system in op-eds such as Demand Better Schools, Not Fewer Tests. Accordingly, as mayor he fought for a merit pay system through which teachers’ salaries would be pegged to student test scores.

Like Trump and DeVos, Bloomberg has also viciously attacked teacher unions and scapegoated educators. He spent much of his mayoral tenure fighting with the powerful United Federation of Teachers (UFT), which he compared to the National Rifle Association. As he put it, “if the UFT wants it, it ain’t good”.

According to corporate education reformers, our country’s education crisis is produced not by systematic underfunding and social inequality, but rather by the inherent inefficiencies of the public sector, intransigent unions and bad teachers. Bloomberg has often been shockingly direct in expressing his contempt for teachers. In 2011, during a speech at MIT, he suggested that if he could have it his way, he’d “weed out all the bad” New York City educators by cutting “the number of teachers in half”. He insisted that coupling these cuts with doubling class sizes would be “a good deal for the students”.

In light of such ill-informed comments, it should come as no surprise that Bloomberg appointed Cathie Black as one of his NYC school chancellors – despite the fact that the former publishing executive had zero prior experience in education. Unlike Trump’s similarly unqualified Betsy DeVos, Black was capable of holding on to her job for only 95 days.

What unites all corporate reform zealots – irrespective of their party affiliation – is a fundamental disregard not only for educators and students, but for democracy itself. In New York City, this led Bloomberg to consolidate mayoral control and strip the city’s democratically elected school boards of almost all their power. But the problem goes deeper.

Accountable to no-one, Bloomberg, like DeVos, has for decades used his wealth to push pet education “reforms” under the guise of philanthropy. In true oligarchic fashion, both have leveraged their fortunes to rise to the heights of political power. And following in Trump’s footsteps, Bloomberg now wants to buy the 2020 Democratic race. For educators, parents, students and teachers’ unions, the stakes could hardly be higher.

Nominating Bloomberg would ensure us another four years of corporate education policy. He may begin to tone down his rhetoric on the campaign trail, but there is no reason to believe that a Bloomberg White House would be anything other than Trump Part Two when it comes to education.

Though his Republican roots are less evident on some other issues, Bloomberg’s personal and political similarity to Trump will make it very hard for him to win in a general election. Trump’s base remains solid – we need a candidate who can increase turnout by energizing the Democratic base and involving new voters in the political process.

That’s why having Bloomberg as the Democratic party’s standard bearer would make defeating Trump exceedingly difficult. At a moment when a wave of successful teachers’ strikes has captured the imagination of millions and changed the national discussion on education, a Bloomberg nomination would be a sure-fire recipe for demoralizing educators and teachers’ unions, an indispensable bastion of organized labor and the Democratic base.

You can’t win in November without teachers. And nobody should expect educators to be won over to a billionaire who has spent much of his career and fortune demonizing them. If you want to save public schools and defeat Trump, Bloomberg is no choice at all.

Dr Heather Gautney is a professor of sociology at Fordham University and the senior education advisor to presidential candidate Senator Bernie Sanders. She is the author of Crashing the Party: From the Bernie Sanders Campaign to a Progressive Movement

Eric Blanc is a national surrogate for the Bernie Sanders campaign and the author of Red State Revolt: The Teachers’ Strike Wave and Working-Class Politics