A compelling account of how far-right firestarters helped ‘the world’s most gifted media troll’ to become the US president. 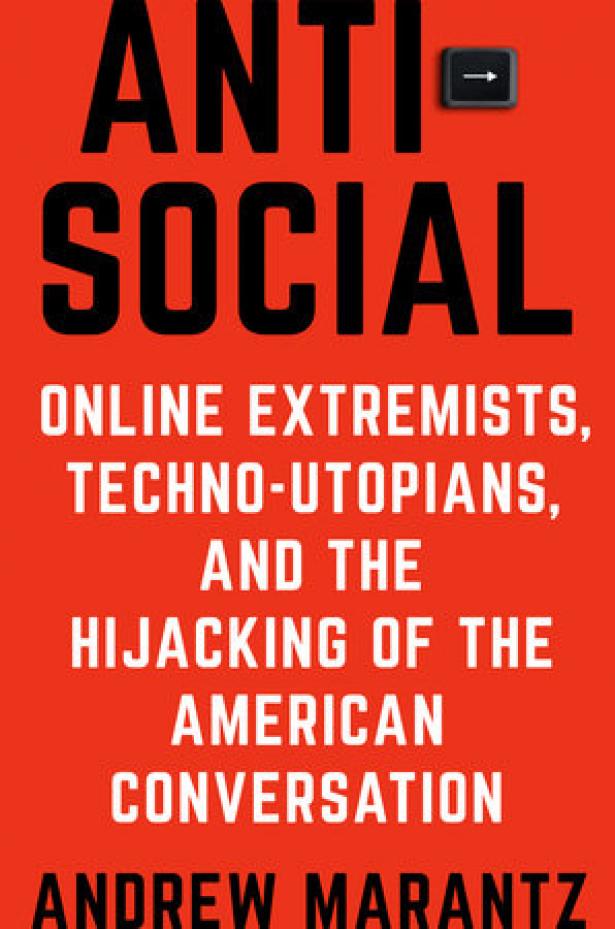 Antisocial is, among other things, a tale of two Mikes. Mike Cernovich was a law student, nutrition blogger, self-help author and generic Twitter troll before hitting the jackpot as a tireless online booster for the man he had previously called “Donald Chump”. The similarly directionless Mike Peinovich, AKA Mike Enoch, took an even uglier path: he ended up calling for a white ethnostate and making Holocaust jokes on his podcast the Daily Shoah. One is effectively a neo-Nazi, the other just an agile hustler. Whether that distinction matters when you consider the damage both have done to political discourse is one of the urgent questions of this compelling book.

There are many ways to tell the story of Donald Trump’s rise to power. Andrew Marantz, who patrols the darker precincts of the internet for the New Yorker, sees the president as a “ready-made viral meme” and “the world’s most gifted media troll”. Despite being a technologically ignorant sexagenarian who had spent his entire life among wealthy elites, candidate Trump spoke the same language as Reddit shitposters and YouTube provocateurs and was similarly adept at bamboozling the “normies” who held fast to such old-fashioned concepts as telling the truth and having coherent beliefs. In Marantz’s diagnosis, Trump operates like a clickbait website, AB testing new material and running with whatever gets the strongest reaction. The road to hell is paved with likes.

Antisocial scrutinises the online firestarters who see Trump as their avatar. Even if you don’t know their names, members of the “alt-right” (far right) and the less overtly racist “alt-light” have influenced media narratives, popularised abusive buzzwords, confected news stories and helped create the cultural context for the Trump presidency. If you remember rumours about Hillary Clinton’s health during the 2016 election, then Cernovich got to you. If you’ve seen triple brackets around a Jewish journalist’s name, that originated on Enoch’s blog the Right Stuff. To write about politics in this era is to write about the media and the internet. A minor figure in Antisocial sums up the election as “the article versus the comments section”.

Representing the article in this equation is not just Clinton but Marantz’s employer. He portrays his New Yorker colleagues as principled but naive gatekeepers who suddenly found themselves wondering if they’d been paying attention to the wrong things. Yet to his interviewees, who tend to underestimate his wit and rigour, he is the smug, clueless old media incarnate. A former contrarian himself, Marantz resents them for making him feel “like an establishment shill”, while they self-identify as the insurgent counterculture. Trump cheerleader Cassandra Fairbanks was formerly a punk roadie, animal rights activist and Bernie Sanders supporter. Gavin McInnes, founder of the violent, far-right Proud Boys, boasts: “I was an anarchist punk … I think in some ways I still am.” The revelation that the New Yorker employs 18 full-time fact-checkers inspires hilarity in the men behind Trump-mad website the Gateway Pundit, who consider facts an archaic distraction. Their mission is, in former Trump strategist Steve Bannon’s memorable phrase, to “flood the zone with shit”.

Marantz is knee-deep in the stuff. Obviously these people are awful but he takes pains to explain exactly what kind of awful, and why – like the Linnaeus of internet villainy. Rather him than me. He describes glumly waking his wife at midnight to tell her that their newborn baby is asleep and he has to go and “have a burger with some Deplorables”. That attempt to turn Hillary Clinton’s “basket of deplorables” into a badge of pride has fallen out of fashion but it remains a useful catch-all term for a diffuse and fractious group. The fragile coalition that Marantz describes in a bravura opening section covering the “DeploraBall” in January 2017 splintered seven months later, after the protester Heather Heyer was murdered at a Unite the Right rally in Charlottesville, Virginia. The alt-light draw the line at unabashed white nationalism, or at least rely on plausible deniability. After Charlottesville, Cernovich dismissed the alt-right as “a toxic brand”, although that sounds more like a marketing critique than a moral position.

What these not-quite-fascists stand for is unclear. Some of them joke about converting (or “red-pilling”) Marantz, but convert him to what, exactly? Too cynical and self-serving to commit to a coherent ideology, most just want to watch the world burn, with Trump their arsonist-in-chief. As needy and insubstantial as Instagram microcelebrities, they affect a callous swagger but are easily wounded; prate about rational debate but thrive on obnoxious memes. “I do believe most of what I say,” ventures Gateway Pundit’s Lucian Wintrich. “About 70%.” I’m reminded of a dark joke from The Big Lebowski: “Say what you want about the tenets of National Socialism, dude, at least it’s an ethos.”

The danger is not (yet) regiments of Sieg Heiling fascists but the irreversible corruption of discourse on the internet, and therefore everywhere else. The aim is to scuff the lines between online and offline, irony and sincerity, the trivial and the significant, a bored young man triggering the “woke” for kicks and a genuine neo-Nazi trying to desensitise and radicalise that bored young man. The idea, for example, that the OK hand gesture was code for white power began as a hoax on the 4chan message board until the media fell for it and the gesture was adopted by actual white nationalists. As John Updike said of celebrity, trolling is a mask that eats into the face.

Reading Antisocial is likely to either make you glad you’re not on social media, or wish you weren’t. But the old advice – “Don’t feed the trolls; ignore them and they’ll go away” – now seems like recklessly wishful thinking. When a dismissive colleague asks Marantz “Is anyone surprised that there’s awful stuff on the internet?”, he replies: “Everything is the internet now, and the awful stuff might be winning.” Running like a mantra through the book is an aphorism inspired by the philosopher Richard Rorty: “To change how we talk is to change who we are.”

Who changed the way we talk? Antisocial charts the death of the Silicon Valley dream of better living through communication. Committed to free speech (and to avoiding the cost of policing content), tech companies have been slow to accept responsibility for what appears on their platforms. Although Charlottesville shocked Twitter and Reddit into evicting some of the worst offenders, Facebook groups and YouTube’s recommendation algorithms continue to take users to some very dark places. It’s not just a social media problem. The white nationalist Richard Spencer coined the phrase “alternative right” while working for the online magazine of Spectator columnist Taki Theodoracopulos in 2008. Mainstream outlets have since given the likes of Spencer credulous exposure, founded on the misconception that a white supremacist with a crisp haircut and basic social skills is newsworthy.

Marantz doesn’t make that mistake. Though curious and humane (his immersive account of a young woman who fell in and out of love with the far right reads like a Jonathan Franzen novel), he is firmly sceptical and increasingly demoralised by his subjects’ company. While repurposing material from his New Yorker profiles, he uses digressions and footnotes to craft a metanarrative about the role of journalism in general and his own reporting in particular. Is he giving these narcissists and nihilists too much attention or not enough? He errs on the side of “know your enemy” but understands that he cannot win. Trolls set “an ingenious trap”, he writes. “By responding to their provocations, you amplify their message. And yet, if no one ever rebuked the trolls, they would run the internet, and perhaps the world.”