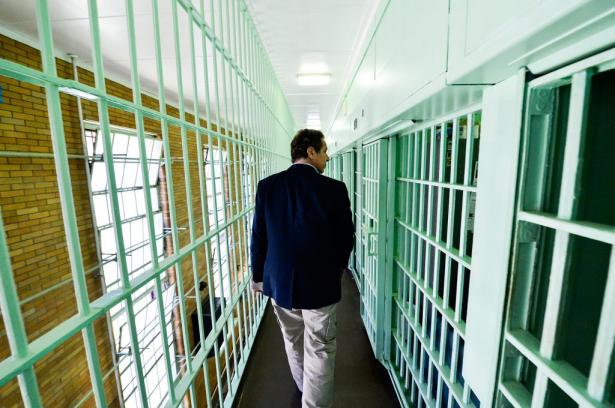 Thanks to the novel coronavirus, known as COVID-19, communities across the country are facing a shortage of hand sanitizer, wipes, and related products as people desperately try to stay ahead of an outbreak. In New York State, where the number of cases is steadily growing, the situation is especially serious: Governor Andrew Cuomo just declared a “containment area” in New Rochelle, just outside New York City. In the area, large gatherings are banned and the National Guard will be deployed.

On March 9, Cuomo announced a solution to one element of the supply problem in the wake of New York’s declared state of emergency: The state would start producing its own sanitizer, branded NYS Clean, to get around price gouging and supply issues. To start, 100,000 gallons a week will be distributed in government settings such as schools and prisons (more on that in a moment) as the state increases the speed of production. Cuomo even threatened to make the sanitizer available for commercial sale to counter price gougers, some of whom have already been fined for taking advantage of the public health emergency.

It’s the kind of bold statement designed to make a splash, but there’s little acknowledgement of who is responsible for making the product at speeds that allowed the state to ramp up production so quickly. The product is manufactured by Corcraft, which is the brand name for products produced by  the New York State prison system. “Employees” at Corcraft are incarcerated people making an average of $0.62 an hour.

Corcraft and entities like it across the nation benefit from a literally captive workforce. 50,000 people are incarcerated in New York’s state prisons, and while not all of them work for Corcraft, many do, producing things like license plates, desks, textiles, janitorial supplies, and even eyeglasses. These products are in turn sold to government agencies, educational institutions, first responders, and select nonprofits by Corcraft as a “preferred source.” These entities have to “look to Corcraft first” as a supplier, even if they’re opposed to the use of incarcerated labor.

Across the nation, incarcerated workers generate billions in revenue for the prison system, making pennies on the dollar and in some cases nothing at all for their work. While some might consider it slavery, it’s entirely legal under the 13th Amendment, which permits slavery or involuntary servitude “as punishment for a crime.” Nationwide, incarcerated people pave roads, maintain state parks, fight fires, grow crops, and manufacture scores of items.

Here’s a real bitter twist: According to Keri Blakinger and Beth Schwartzapfel at the Marshall Project, incarcerated people aren’t necessarily allowed to use hand sanitizer in jails and prisons. These workers are making a product they aren’t permitted to protect themselves with, even as conditions in jails and prisons can be extremely dirty, with even basic sanitation challenging. Sinks may be broken, sometimes no soap is provided so incarcerated people have to buy it from the commissary, and facilities are crowded.

This is already a dangerous combination for the spread of infectious diseases such as hepatitis a — which is spread through unwashed hands — and influenza. Many prisoners are also trying to manage chronic illnesses like diabetes and HIV, which can make them vulnerable to infection. The response to concerns about infectious disease may be to “quarantine” sick people in isolation, an unhealthy and dangerous approach to controlling infectious disease that comes with significant mental health effects.

As New York’s Department of Corrections implements COVID-19 policies such as screening visitors, it repeats public health recommendations for “all individuals within its facilities” —  wash frequently with soap and water for at least 20 seconds, use hand sanitizer when water is not available, keep your hands away from your face, and stay home when you are sick — all of which may be, to put it mildly, a challenge for incarcerated individuals.

Incarcerated people are commonly called upon to take personal safety risks for those who are not in jail or prison, as in the case of firefighters across the West who work alongside professionals in better gear, knowing that their training may not be transferrable to jobs on the outside thanks to their criminal records. Still, asking people to whip up 75 percent alcohol hand sanitizer for the health and safety of civilians while they’re struggling for scraps of soap in the midst of a public health emergency is truly a new low.

Access to tools to prevent the spread of disease and to protect people who are particularly susceptible to COVID-19 — such as those living in institutions like jails and prisons — is vital. There’s ample guidance from experts on highly effective ways to protect ourselves, but people in carceral settings can’t access the basic things required, such as sanitation supplies and tissues so they can cover their mouths and noses when they sneeze or cough.

If there’s an outbreak in a prison setting (something that may be inevitable in a confined, unhealthy, unsanitary environment), it will be because of the refusal to make changes to the rules in order to allow people to protect themselves.

s.e. smith is the deputy editor at TalkPoverty.org.