COVID-19: Information Must Drive Global and National Responses to the Epidemic.

The spread of COVID-19 is aided and abetted by misinformation that circumnavigates the planet in microseconds. The only defense against panic is agile, accurate, available counter-information that conveys a consistently science-driven narrative. 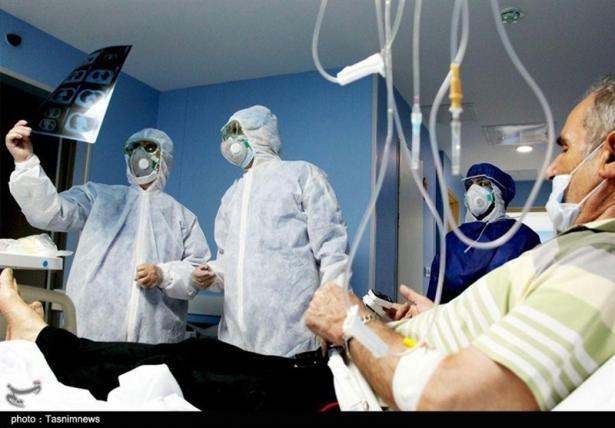 In a world of polarizing distrust and trade tensions, the spread of coronavirus disease 2019 (COVID-19), both within nations and internationally, is aided and abetted by misinformation that circumnavigates the planet in microseconds. Such misinformation is not all malevolent, although its impact can be devastating. The only bastion of defense against rising public panic, financial market hysteria, and unintended misunderstandings of the science and epidemiology of severe acute respiratory syndrome coronavirus 2 (SARS-CoV-2) is agile, accurate, worldwide-available counter-information that takes the high moral ground and conveys a consistently science-driven narrative. Some have sought to limit misinformation about COVID-19 on social media by pressuring corporations, such as Facebook, Weibo, and Twitter, to censor bad actors—an approach that has not stopped conspiracy theorists, trolls, and liars.

If financial markets are jittery about the flow of information and disruption to production and supply chains with the global spread of COVID-19 and governments are seeking to avoid panic among their populaces, they need to invest in bastions of truth—or, at least, in those that attempt to identify information based on scientific principles. The “truth” can, and should, change as investigations and data analysis of COVID-19 proceed, but its bottom line ought to consistently reflect empiricism, a solid dose of scepticism and scrutiny, and absolute conviction in timely dissemination of life-saving research and analysis. And those bastions must resist attempts to sway their messaging to reflect institutional or political interests.

Despite numerous pleas, starting in January, 2020, to donors from WHO Director-General Tedros Adhanom Ghebreyesus for US $675 million for the agency's response to COVID-19 and assistance to poor countries in handling their outbreaks, only $54·5 million (including $37 million in financing on March 3, 2020, from the US Government) was in WHO coffers before stock markets worldwide tumbled and financial panic went viral. That's appalling. On March 3, the World Bank Group announced the quick release of $12 billion to support COVID-19 responses in resource-scarce nations. And the International Monetary Fund Managing Director Kristalina Georgieva, forecasting a dramatic slow down in global economic growth due to the epidemic, announced the creation of $50 billion worth of funds to support low-income and emerging market countries in the response to COVID-19.

Inside the USA, meanwhile, the Centers for Disease Control and Prevention (CDC) has seen its overall budget plummet from about $11·5 billion in fiscal year (FY) 2018 to $7·7 billion in FY 2020. For FY 2021, Robert Redfield, the CDC's Director appointed by US President Donald Trump, is seeking a further cut to $7 billion, and the White House proposes reducing CDC funding to levels below $6·7 billion. The Redfield FY 2021 budget reduction would be partly achieved by reductions in spending on programmes for emerging and zoonotic infectious diseases, global health, and public health preparedness and response—the three areas most closely tied to the COVID-19 epidemic.

However, there is even less funding for professional communications staffing at WHO, the various Centers for Disease Control and Prevention in Africa, Europe, North America, and Asia, or their counterpart offices nested in local departments of public health. If the media isn't getting the message, in all likelihood the messengers have insufficient resources for delivery.

The current global COVID-19 epidemic features mechanisms of delivery of scientific information that are frankly unprecedented, adding to pressure for proper interpretation by the media and public. Scientific and medical publications are expediting research and analysis through peer review, while preprint services are publishing unreviewed work. Some researchers are engaging in open online venues, debating the calculus of crucial epidemic COVID-19 features, such as its basic reproduction number (R0), case fatality rates, age and gender distributions of severe and deceased cases, or the accuracy of case reporting, itself. Those debates have fuelled media reporting, even when the evidence is still uncertain and research is ongoing.

The difficulty in sifting fact from inaccurate information is aggravated by the speed of unfolding events, how much is still to be researched and understood by scientists and clinicians about COVID-19, alongside earlier deliberate obfuscation by some governments. Had China allowed physician Li Wenliang and his brave Wuhan colleagues to convey their suspicions regarding a new form of infectious pneumonia to colleagues, social media, and journalists without risking sanction, and had local officials not for weeks released false epidemic information to the world, we might not now be facing a pandemic. Had Japanese officials allowed full disclosure of their quarantine and testing procedures aboard the marooned Princess Diamond cruise ship, crucial attention might have helped prevent spread aboard the ship and concern in other countries regarding home return of potentially infectious passengers. Had Shincheonji Church and its supporters within the South Korean Government not refused to provide the names and contact information on its members and blocked journalists' efforts to decipher spread of the virus in its ranks, lives in that country might have been spared infection, illness, and death. Had Iran's deputy health minister, Iraj Harirchi, and members of the country's ruling council not tried to convince the nation that the COVID-19 situation was “almost stabilised”, even as Harirchi visibly suffered from the disease while on camera, the Middle East might not now find itself in grave danger from the spread of the disease, with Saudi Arabia suspending visas for pilgrims seeking to visit Mecca and Medina. Neither Iran nor Saudi Arabia has free and open journalism, and both nations seek to control narratives through social media censorship, imprisonment, or even execution. And had the Trump administration not declared criticism of its slow response to the encroaching epidemic a “hoax”, claiming it was a political attack from the left, the US CDC might have been pressured to do widespread testing in early February, discovering pockets of community transmission before they dispersed widely.

If governments, agencies, and health organizations want people at risk of infection to respond to COVID-19 with an appropriate level of alert, to cooperate with health authorities, and to act with compassion and humanity, I believe that they must be willing to fund their messengers on an unprecedented scale, with genuine urgency. It's time to put information in the driver's seat of global and national epidemic responses.

When WHO named the disease COVID-19, the choice was based on scientific standards. But it also matters how the global public might use the name. COVID-19 seems to be a tough term for news media worldwide and the general public. Perhaps even more confusing to the general public is the notion that the disease and the virus (SARS-CoV-2) have seemingly unrelated monikers. Parts of the media have settled for calling the microbial threat the coronavirus. One assumption could be that no expert in communications was asked to weigh in on the namings. But had WHO given serious consideration to future control of the public narrative, the agency's communications staff would have had opportunity to capture online brands and social media monikers before public announcement, such as #COVID19 or a myriad of Facebook page names using permutations of SARS-CoV-2 and COVID-19. This was not done, and online public discourse using those tags is in private hands.

Scientists and public health leaders, from local city tiers all the way to WHO headquarters in Geneva, need to understand that press conferences and government media releases are necessary, but are not enough in the emotionally charged atmosphere of 24/7 virally distributed social media stories and news about COVID-19, laced with sensationalism, at times massaged by some government agencies, and exploited by trolls and disruptors. Getting ahead of COVID-19 requires not only slowing its spread, adequate funding for the health response, supporting research to advance our knowledge of it, integrated actions to mitigate the health, economic, and social impacts of the epidemic, among others, but also control of narratives regarding its scientific and clinical attributes and pandemic containment efforts—an effort that I do not think can be successful if executed on inadequate budgets by sleep-deprived communicators.

We are now in a crisis. Stock markets worldwide are showing record-breaking plummets, global supply and production systems are in danger of collapse, and in some places panic has gone viral—even where the virus, itself, has not. I believe that corporations and financial firms should invest immediately in the messengers. Social media companies like Facebook, Google, WeChat, YouTube, Amazon, and Instagram are devoting some resources to identifying and removing disease trolls and liars from their internet services. But these social media platforms remain packed with anti-science and conspiracy claims. Wall Street and the rest of the stock investment world are trying to calm markets, only to witness ongoing financial turmoil and huge stock market falls. It would behove the world's wealthiest families, financial institutions, and corporations to spend millions in support of media and public information offices in their countries and in the UN system, especially at WHO, in hopes of slowing the viral source of economic panic.

Public fear in some sectors is rising as COVID-19 spreads in many countries. I propose a potential mechanism to help allay fear. The United Nations Foundation could designate a special Emergency Fund for Pandemic Information (EFPI) to be managed by an independent (non-UN) panel of communications experts. The EFPI would seek and accept donations from social media companies, wealthy individuals, and multinational corporations now financially endangered by the epidemic. The funds could be dispersed, urgently, to the UN agencies' media operations on the front lines, chiefly WHO and UNICEF, both for their direct operations and for secondary dispersal to lead public health offices in resource-scarce countries. As Canadian social analyst Marshall McLuhan put it in the 1960s, “The medium is the message”, and today that message is chaos.

[Laurie Garrett is the author of the bestselling book, THE COMING PLAGUE: Newly Emerging Diseases in a World Out of Balance, in 1994 and BETRAYAL OF TRUST: The Collapse of Global Public Health, in 2000. She was awarded the 1996 Pulitzer Prize for Explanatory Journalism for her courageous reporting from Zaire on the Ebola virus outbreak there, in EBOLA: Story of an Outbreak.]

The Lancet is one of the world’s leading medical journals. Since its first issue (October 5, 1823), the journal has strived to make science widely available so that medicine can serve, and transform society, and positively impact the lives of people. The journal has editorial offices in London, New York, and Beijing.