What Keeps America from Getting Medicare for All

Forget politics or money. Racism explains why the country lacks the safety net its citizens deserve. 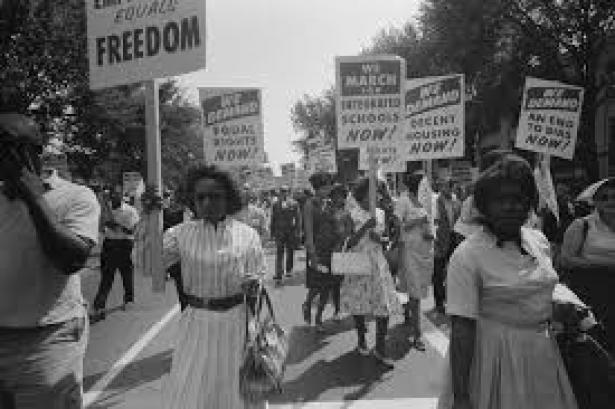 The weirdest thing about the Democratic primary is how un-American it sounds.

For all their differences, Bernie Sanders and Joe Biden — the last men standing — both call for a robust expansion of government programs. Mr. Sanders wants “Medicare for all”; Mr. Biden wants a “public option” to compete against private insurance. Both call for a vast increase in Section 8 housing vouchers. Mr. Sanders wants to build 10 million affordable housing units.

So far, the debate around these ideas has focused on the fiscal and political obstacles (Mitch McConnell, ahem). But there’s a bigger problem. Americans have repeatedly rejected expansions of the social safety net because it inevitably collides with one of the most powerful forces shaping the American experience: uncompromising racism.

Racism has forever been a forbidding obstacle to the development of a welfare state, at least of the sort that Europe enjoys and many Americans aspire to. By standing in the way of solidarity, it has produced an exceptional country that accepts without flinching the most extreme wealth alongside deprivation that has no place in the industrialized world.

Why does the United States suffer the highest poverty rate among wealthy nations? Why does it have the highest teen pregnancy rate? Why are so many Americans addled by opioids? We blame globalization and technology. But these forces affect everybody — the French and the Canadians and the Japanese as much as us.

The United States alone has crumpled because it showed no interest in building the safeguards erected in other advanced countries to protect those on the wrong side of these changes. Why? Because we couldn’t be moved to build a safety net that cut across our divisions of ethnicity and race.

Take a look back through modern American history. There are few greater heroes to liberals than Franklin Roosevelt, the first architect of America’s welfare state. His New Deal to combat the Great Depression proposed the government as guarantor of the well-being of the governed.

But in order to win support of Southern Democrats, Roosevelt ensured that major parts of the New Deal excluded nonwhites. The Federal Housing Administration, to take one New Deal creation, is celebrated for expanding homeownership, but it also refused to back loans in predominantly black neighborhoods, or for black people period.

In the 1960s, Lyndon Johnson hoped to expand the New Deal to cover nonwhite Americans. He had some successes — not least civil rights legislation and the war on poverty. But he also fatally undermined the fragile political consensus between Southern and liberal Democrats that had defined the New Deal consensus.

Medicare and Medicaid, which became law in 1965, were the last major programs inspired by the New Deal. Since then, America has turned against welfare in favor of another, different tool of social management: prison. The same year Medicare and Medicaid passed, Johnson declared a war on crime; his successor, Richard Nixon, made crime fighting a central plank in his platform. In 1971 he declared a corollary war on drugs.

Race was at the heart of Nixon’s vision. “You have to face the fact that the whole problem is really the blacks,” he declared in 1969, according to notes in the diary of his chief of staff, H.R. Haldeman. “The key is to devise a system that recognizes this while not appearing to.”

By the 1980s, Ronald Reagan was slashing government spending and asserting that taxpayers were being defrauded by undeserving black “welfare queens.” In 1996 Bill Clinton, who began his presidency with a bold promise to deliver universal health insurance, instead ended “welfare as we know it,” replacing Aid to Families With Dependent Children, the federal government’s primary social-welfare program, with a block grant to states, which could withhold aid as they saw fit.

In the 1960s, the American government was roughly the same size as that of other rich nations: In 1965, federal, state and municipal taxes added up to just under 24 percent of the nation’s gross domestic product, about 1 percentage point less than the average among industrialized nations in the O.E.C.D.

The other rich countries have become richer since then, and they have expanded and improved the health care, education and child care they provide — such services claim about 10 percentage points more of their G.D.P. than they did in the 1960s. In the United States, that proportion has barely budged. But imprisonment grew: By 2016, 679 out of every 100,000 Americans languished in prison or jail, almost four times the share in 1960.

Though the cold shoulder is grounded in the image of black and brown moochers living in the imagination of white Americans, the suffering caused by its miserly understanding of society is not limited to communities of color. Much of white America, the part addled by opioids, ravaged by suicide, despairing of a future, is also a victim of a nation that refuses to care.

Can we shake racism out of America’s social compact?

America’s racial boundaries are blurring. The black-white divide that has largely defined America’s race relations is giving way to a more diverse set of ethnic possibilities, driven by fast-growing Hispanic and Asian populations. By the early 2040s, minorities will account for the majority of the population. They could build the common bond that the American experience has lacked for so long.

I’m not optimistic, however.

The demographic determinism is problematic. Do we have to wait until the 2040s, or longer, to get the sort of country that cares for everybody?

What’s more, the idea of a takeover by the numbers is troublesome. The goal is not a future in which people of color bully white Americans. What this country needs is to overcome racial hostility and develop a comprehensive sense of society in which everybody fits.

The outline of this demographics-is-destiny argument is already 20 years old. And I remember the Republican Party’s moment of introspection after Mitt Romney lost to Barack Obama in 2012, when it acknowledged that relying exclusively on white voters was a recipe for long term failure.

The party has retreated since then. While minorities might eventually reshape American politics into something more inclusive, until that happens politics will be determined by the efforts of freaked-out whites to resist this change. Republicans’ efforts to ensure a conservative majority on the Supreme Court for a generation, like state-level efforts to suppress the vote of people of color and gerrymander districts to dilute their electoral clout, are a clear expression of white fear.

Whether Mr. Sanders or Mr. Biden wins the nomination, the Democrats will spend the rest of the primary promoting an expansive vision for America’s safety net. As they do, they also need to admit that they are envisioning an America that has never existed.

Ask yourself why the United States, alone among the world’s richest nations, still doesn’t provide its citizens comprehensive, universal health care. Ponder why Obamacare is being so relentlessly whittled down by Republican governors, the courts and the Trump administration. Racial animosity is at the root of all this — and until America finally grapples with it, even the grandest plans will amount to nothing.

Eduardo Porter, an economics reporter for The Times, is the author of the forthcoming “American Poison: How Racial Hostility Destroyed Our Promise,” from which this essay is adapted.

Eduardo Porter joined The Times in 2004 from The Wall Street Journal. He has reported about economics and other matters from Mexico City, Tokyo, London and São Paulo.   @portereduardo

A version of this article appears in print on March 15, 2020, Section SR, Page 7 of the New York edition with the headline: Why America Will Never Get Medicare for All.