People Will Die If We End Social Distancing Early. This Chart Proves It.

How we know ending social distancing will lead to more deaths, in one chart 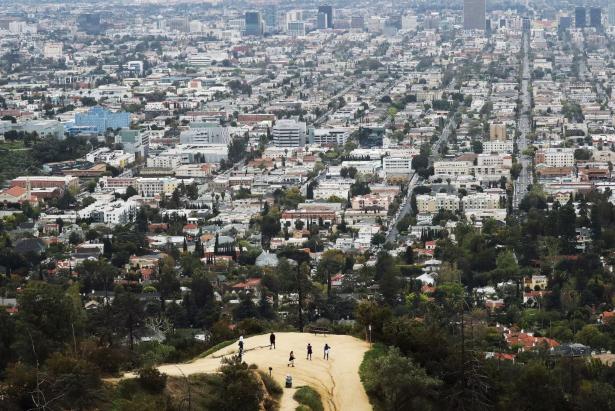 President Donald Trump already wants to pull back social distancing policies and guidances implemented in response to the coronavirus pandemic. But we know, based on the nation’s history with past outbreaks, what will happen if we do this too early: People will die.

In 1918, the world was ravaged by a horrible flu pandemic, which was linked to as many as 100 million deaths globally and about 675,000 deaths in the US. In response, cities across America adopted a variety of social distancing measures to combat the pandemic. Based on several studies of the period, these measures worked to reduce the death toll overall.

But many cities, also worried about the effects of social distancing on normal life and the economy, pulled back their social distancing efforts prematurely. When they did, they saw flu cases — and deaths — rise again.

Consider St. Louis. The city is now heralded as an example of how to do social distancing right because it took an aggressive and layered response to the flu pandemic early on. But as a 2007 study published in JAMA found, St. Louis in 1918 pulled back its social distancing efforts prematurely — and that led to a spike in deaths. 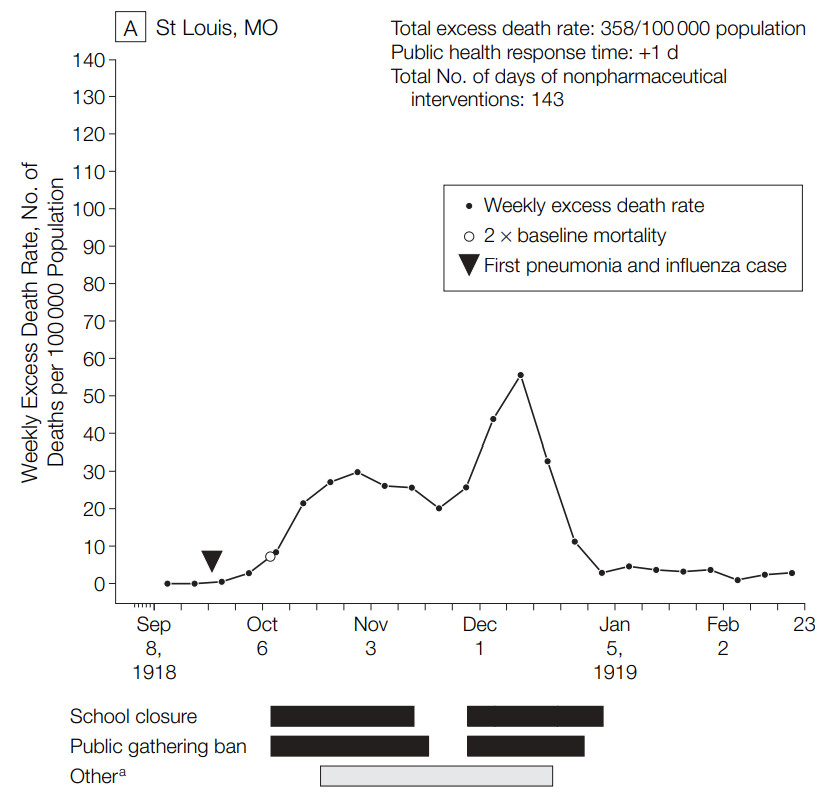 This did not just happen in St. Louis. Analyzing data from 43 cities, the JAMA study found this pattern repeatedly across the country. Howard Markel, an author of the study and the director of the University of Michigan’s Center for the History of Medicine, described the results as a bunch of “double-humped epi curves” — officials instituted social distancing measures, saw flu cases fall, then pulled back the measures and saw flu cases rise again.

Notably, the second rise in deaths only appeared when cities removed social distancing measures, the JAMA study found: “Among the 43 cities, we found no example of a city that had a second peak of influenza while the first set of nonpharmaceutical interventions were still in effect.”

Another 2007 study, published in PNAS, looked at 17 US cities and found the same trend: “[N]o city in our analysis experienced a second wave while its main battery of [nonpharmaceutical interventions] was in place. Second waves occurred only after the relaxation of interventions.”

A lot has changed in medicine since 1918, with knowledge of viruses and the widespread use of vaccines and other medications to combat all kinds of diseases. But we still need to rely on nonpharmaceutical interventions, like social distancing, to combat epidemics and pandemics when we don’t have a vaccine. And since we likely won’t have a vaccine for the novel coronavirus for another year or so, we’ll need social distancing for, potentially, months.

As the PNAS study concluded: “In practice, and until emergency vaccine production capacity increases, this means that in the event of a severe pandemic, cities will likely need to maintain [nonpharmaceutical interventions] for longer than the 2–8 weeks that was the norm in 1918.”

This is one reason public health experts are against pulling back social distancing right now, even as Trump talks about a quick end. The US is still seeing coronavirus cases rise, and cases seem to be rising more quickly here than in other countries. Epidemiological models also suggest coronavirus cases will rise if social distancing measures are relaxed, potentially causing hundreds of thousands if not millions of deaths in the US alone.

It can be hard to see this, because successful public health measures are often invisible. As Tara Smith, an epidemiologist at Kent State University, previously told me, “It’s the paradox of public health: When you do it right, nothing happens.” So if we’re doing social distancing right, we’ll prevent deaths — but it’s not like people will see each death that was prevented.

What we are seeing, instead, is that the economy is tanking as restaurants, workplaces, and businesses close. That’s what Trump seems to be worried about when he tweets about how “WE CANNOT LET THE CURE BE WORSE THAN THE PROBLEM ITSELF.”

But it’s important to remember the alternative here: People will die, maybe up to in the millions.

German Lopez is Senior Correspondent at Vox. He has written for Vox since it launched in 2014, with a focus on criminal justice and public health. Previously, he worked at CityBeat, a local newspaper in Cincinnati, covering politics and policy at the local and state level. Email. Twitter. RSS.

Sign up to get more of the world, explained, from Vox.