One in 10 Covid-19 deaths in the US have occurred in Louisiana, Mississippi, Alabama, and Georgia. The virus is rampant in New Orleans and growing in Georgia’s southwest. These outbreaks are unique because so many younger people are dying. 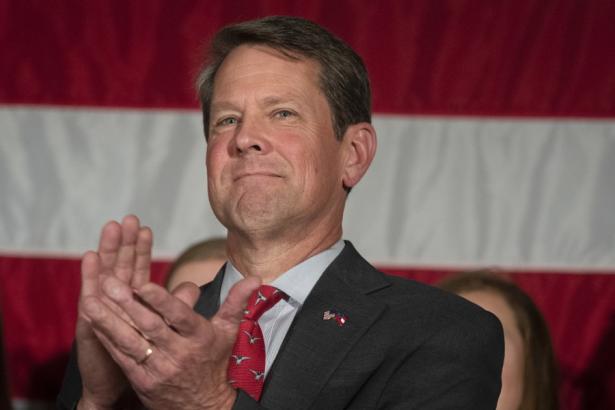 (Editor's Note: The Atlantic is making vital coverage of the coronavirus available to all readers. Find the collection here.)

In a matter of weeks, the coronavirus has gone from a novel, distant threat to an enemy besieging cities and towns across the world. The burden of COVID-19 and the economic upheaval wrought by the measures to contain it feel epochal. Humanity now has a common foe, and we will grow increasingly familiar with its face.

Yet plenty of this virus’s aspects remain unknown. The developing wisdom—earned the hard way in Wuhan, Washington, and Italy—has been that older people and sicker people are substantially more likely to suffer severe illness or die from COVID-19 than their younger, healthier counterparts. Older people are much more likely than young people to have lung disease, kidney disease, hypertension, or heart disease, and those conditions are more likely to transform a coronavirus infection into something nastier. But what happens when these assumptions don’t hold up, and the young people battling the pandemic share the same risks?

The world is about to find out. So far, about one in 10 deaths in the United States from COVID-19 has occurred in the four-state arc of Louisiana, Mississippi, Alabama, and Georgia, according to data assembled by the COVID Tracking Project, a volunteer collaboration incubated at The Atlantic. New Orleans is on pace to become the next global epicenter of the pandemic. The virus has a foothold in southwestern Georgia, and threatens to overwhelm hospitals in the Atlanta metropolitan area. The coronavirus is advancing quickly across the American South. And in the American South, significant numbers of younger people are battling health conditions that make coronavirus outbreaks more perilous.

All data in this stage of the pandemic are provisional and incomplete, and all conclusions are subject to change. But a review of the international evidence shows that, as far as we know, the outbreaks currently expanding in the American South are unique—and mainly because of how many people in their working prime are dying. Spain’s official accounting of the pandemic last week showed that deaths among people under 70 years old make up only about 12 percent of total deaths in the country. Case-fatality rates around the world are notoriously tricky because they are based in part on the extent of testing, but a recent study of the outbreak in Wuhan, China, found a case-fatality rate of 0.5 percent among adults from the ages of 30 to 59. The current estimate of fatality rates in the same age range in Louisiana is about four times that.

A recent analysis from the Kaiser Family Foundation might shed some light on what’s going on here. The paper, drawing on the CDC guidelines, identifies people who may be at risk of serious complications from COVID-19. Kaiser’s at-risk group includes all people over 60 years old and all adults younger than 60 who also have heart disease, cancer, lung disease, or diabetes. In each state, older people are the majority of the people considered to be at risk of complications. But the Deep South and mid-South form a solid bloc of states where younger adults are much more at risk. In Arkansas, Alabama, Kentucky, Tennessee, Louisiana, and Mississippi, relatively young people make up over a quarter of the vulnerable population. Compare that with the coronavirus’s beachhead in Washington State, where younger adults make up only about 19 percent of the risk group.

Tricia Neuman, a senior vice president at the Kaiser Family Foundation, says this analysis points to the underlying issues that might complicate or worsen the pandemic in the South. “Due to high rates of conditions like lung disease and heart disease and obesity, the people living in these states are at risk if they get the virus,” Neuman told me. These aren’t “people who are sick, but these are people who have underlying comorbidities that put them at higher risk of serious illness if they get infected.”

The KFF analysis doesn’t include potential complications from hypertension—which is also suspected to be driving coronavirus-linked hospitalizations—but the data are predictable on that front. If you define Oklahoma as part of the South, southern states fill out the entirety of the top ten states in percentage of population diagnosed with hypertension by a doctor. Southerners are more likely to suffer from chronic diseases than other Americans—even as Americans are more likely to suffer from chronic disease than citizens of other countries with comparable wealth. According to Neuman, these estimates don’t include people with cancer or who are immunocompromised -- groups that are also at high risk for serious illness from COVID-19. And cancer mortality rates are highest in southern states.

These differences are not innate to southerners; they are the result of policy. Health disparities tend to track both race and poverty, and the states in the old domain of Jim Crow have pursued policies that ensure those disparities endure. The South is the poorest region in the country. The poor, black, Latino, or rural residents who make up large shares of southern populations tend to lack access to high-quality doctors and care. According to the State Health Access Data Assistance Center, Mississippi, North Carolina, Texas, Florida, Georgia, and Louisiana all spend less than $25 per person on public health a year, compared to $84 per person in New York. Nine of the 14 states that have refused to expand Medicaid to poor residents under the Affordable Care Act are in the South. And many of those states are led by Republican leaders who have imitated President Donald Trump’s dallying and flip-flopping, and now find themselves flat-footed.

The slow response from those governors will be even more ruinous in a region with so many challenges. Chronic disease and the apparent increased risk for younger people from COVID-19 are only part of the story in the South. Other factors could complicate its pandemic response. Advocates have drawn attention to the extreme vulnerability of people in prison to the coronavirus—and the South incarcerates a larger proportion of its population than anywhere else in the United States. A federal prison in Louisiana has already seen a spike in COVID-19 cases this week. Also, a global fear in this pandemic is that it will sicken health professionals and doctors, and leave them unable to contend with waves of hospitalizations. Southern states have some of the lowest ratios of active physicians to patients in the country.

In all, the South seems likely to be a new kind of battleground, one in which distancing and isolation are going to be especially important in stopping the virus. Centuries of policy gave the pandemic a head start—and younger targets—in the South. Now there are mere days to change course.

[Vann R. Newkirk II is a staff writer at The Atlantic, where he covers politics and policy. We want to hear what you think about this article. Submit a letter to the editor or write to letters@theatlantic.com.]