The campaign to defeat President Donald Trump has begun from a coalition of labor unions and progressive organizations in Pennsylvania. 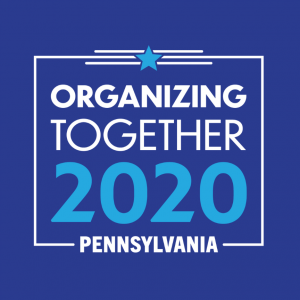 The campaign to defeat President Donald Trump has begun from this coalition of labor unions and progressive organizations in Pennsylvania.

Organizing Together 2020, which describes itself as a “community-based, volunteer-driven organizing campaign,” that consists of a number of labor unions and progressive organizations, has selected Pennsylvania as one of their six target states for the 2020 presidential election.

The group, who officially launched their campaign via a zoom call earlier this month, said that they plan on being present in each corner of the state in their effort to one term Trump.

A source familiar with the group’s thinking said that they will be spending at least $2 million in their Pennsylvania specific effort of reaching voters.

The Republican National Committee said that the organization’s effort will not resonate with Pennsylvanians for the upcoming election.

In addition to McBride, who will serve as the State Lead for Organizing Together 2020, several of the senior staffers for the state and national organization have made a name for themselves in Pennsylvania politics.

According to a release from their official Pennsylvania launch, 24 different labor groups and progressive organizations were apart of their first round of “state partners” including AFSCME District Council 13, American Federation of Teachers (AFT), PA United, Latino Victory Fund, LGBTQ Victory Fund, Planned Parenthood Votes, and more.

While the coronavirus pandemic has resulted in the group holding off on in-person gatherings and voter contact, they have already begun training and mobilizing volunteers from their homes.