Stop Blaming Black People for Dying of the Coronavirus

New data from 29 states confirm the extent of the racial disparities. 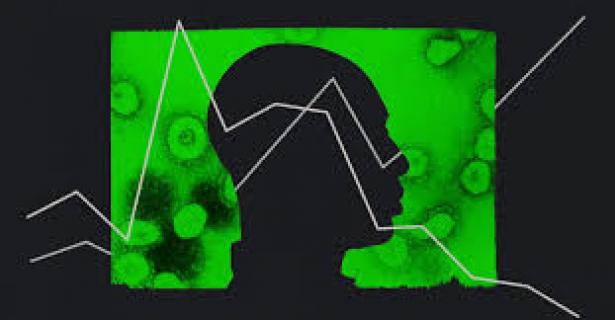 I grew up in the Christian Church, the second son of two ministers. I’m not one for making biblical references about my life, but I can’t say the same about my father.

Two weeks ago, Dad likened me to John the Baptist, a voice crying out in the wilderness for racial data on the pandemic. I had to remind him that, unlike John, I was not crying out alone. Senator Elizabeth Warren, Representative Ayanna Pressley, and a quintet of black doctors at the University of Virginia had also raised the alarm.

But we were indeed in the wilderness. On April 1, hardly any states, counties, hospitals, or private labs had released the racial demographics of the people who had been tested for, infected with, hospitalized with, or killed by COVID-19. Five days later, citing racial disparities in infection or death rates from five states or counties and the racial demographics of the worst coronavirus hot spots, I speculated that America was facing a racial pandemic within the viral pandemic. But we needed more racial data to know for sure.

Now—after so many Americans joined our chorus, after so many states and counties released their first sets of racial demographic data, after so many data sets showed appalling racial disparities—we know for sure.

At least 29 states have released the racial demographics of confirmed coronavirus cases, death rates, or both, according to the COVID Racial Data Tracker. The tracker, a collaboration between The Atlantic’s COVID Tracking Project and my colleagues at the Antiracist Research and Policy Center, is being developed to track, analyze, and regularly update racial data on the pandemic within the United States. These initial data provide a still-incomplete picture of the national outbreak's disparities. In 38 percent of the 194,000 cases that these 29 states had reported as of April 12, no racial data were attached. And some states mix racial and ethnic categories in reporting their numbers. But the federal government’s failure to assemble these data has left it to us to produce this resource, however incomplete, for researchers, advocates, and the public.

And the picture keeps looking worse by the day. In New York City’s ground zero, Latinos make up 34 percent of the known deaths from the coronavirus, higher than their 29.1 percent share of the city’s population. Two small Native American pueblos in New Mexico had higher infection rates than any U.S. county as of Friday.

Amid all these data drops last week, a few antiracist voices came out of the wilderness, stood a brief moment at the clearing, then were moved back again into the wilderness. Today, the racial disparities are undeniable. But Americans don’t know for sure that there is racism behind those racial disparities. The racism itself remains deniable. So yet again, our voices are crying out in the wilderness for a miracle to save America from its original sin—the sin Americans can’t ever seem to confess.

Over the past two weeks, each answer led to new questions. Should states be collecting racial data? Yes. Do those data show racial disparities? They do. And that led to the question Americans have been arguing over since the beginning of the republic: Why do racial disparities exist? Why are black people generally being infected and dying at higher rates than other racial groups? This is the question of the hour. And too many Americans are answering this new question in the old, familiar way. They are blaming poverty, but refusing to recognize how racism distinguishes black poverty from white poverty, and makes black poverty more vulnerable to a lethal contagion.

And Americans are blaming black people. To explain the disparities in the mortality rate, too many politicians and commentators are noting that black people have more underlying medical conditions but, crucially, they’re not explaining why. Or they blame the choices made by black people, or poverty, or obesity—but not racism.

“Now, if you have diabetes, obesity, hypertension, then African Americans are going to have more of those receptors” the coronavirus likes to hit, Senator Bill Cassidy said on NPR’s Morning Edition. “Now, as a physician, I would say we need to address the obesity epidemic, which disproportionately affects African Americans. That would lower the prevalence of diabetes, of hypertension.”

When pressed on whether these “underlying health conditions” are “rooted in years of systemic racism,” Cassidy responded: “That’s rhetoric, and it may be. But as a physician, I’m looking at science.”

Defending Cassidy, Rod Dreher, a senior editor at The American Conservative, argued that “in the South, country white people and country black people eat the same kind of food” and wondered “to what extent black folks all over the country still eat the traditional soul food diet with lots of grease, salt, pork, sugar, and carbs.” To which one of Dreher’s readers responded: “I am especially amused by the implication that a racist conspiracy is keeping brussel sprouts and kale from black neighborhoods. If people wanted fresh vegetables and salads and tofu, stores would provide them.” If there are food deserts, it seems, then black people are to blame.

According to this logic, racism is not murderous; black people are killing themselves. To be black in America is to be suicidal. Black people are to blame for showing up in so many morgues across this godforsaken land.

Others have embraced a different theory of black culpability. “An information vacuum in some black communities … allowed false rumors to fester that black people were immune to the disease,” The New York Times reported. “While farfetched, the early rumors of black immunity to the COVID-19 virus gave some African Americans a fantastical hope,” the Los Angeles Sentinel stated.

“Now we’re playing catch-up with the messaging and spreading the word that it can affect any one of us,” explained Philadelphia city-council member Cindy Bass. “Influential figures in black communities need to unite and overcorrect for the misinformation running rampant about African Americans being immune to Covid-19,” CNN’s Van Jones declared. Or as the Los Angeles activist Najee Ali told the Los Angeles Times, “That myth spread like wildfire on social media, but there was never a concentrated effort from leaders to dispel that myth.”

That many Americans generalized the behavior of black individuals, claiming black people are being infected and killed by COVID-19 at higher rates because they are not taking the threat seriously or social distancing appropriately, should not be surprising. “The message of social distancing doesn’t seem to be hitting home, with people still playing basketball, having card parties and hosting sleepovers, say black mayors,” USA Today reported. “I don’t think our community is taking it as seriously as it should,” said Lovely Warren, the mayor of Rochester, New York, and the second vice president of the African American Mayors Association. Instead, African Americans have taken a “lackadaisical approach to social distancing,” surmised Representative Marc Veasey of Fort Worth, Texas. A Cleveland nurse made it plain: “Ignorance is causing us to have a rapid increase.”

Too many Americans are infected with the belief that a cause or the cause of higher black infection or death rates is that black people are not taking the viral threat seriously, and that white people have lower infection and death rates because they are taking COVID-19 seriously.

The answer of the hour can be heard. Our voices are still crying out in the wilderness: Black people are not to blame for racial disparities. Racism is to blame.

I want to imagine the day when the wilderness finally clears for good, when our antiracist voices are heard for good, when Americans will no longer blame black people for black death. I want to imagine the day when every valley shall be lifted up, and every mountain and hill made low; the uneven ground will become smooth, and the rugged land a plain.

But I cannot see that day right now, because I remain in the wilderness.