‘We Are Not Essential. We Are Sacrificial.’

I’m a New York City subway conductor who had Covid-19. Now I’m going back to work. 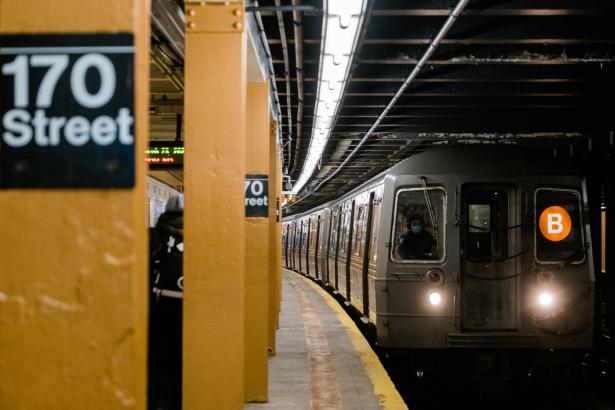 Since March 27, at least 98 New York transit workers have died of Covid-19.Credit..., Gabriela Bhaskar for The New York Times

When I heard that a co-worker had died from Covid-19 — the first in the Metropolitan Transportation Authority — on March 27, I thought, “It’s starting.” More deaths followed in quick succession, frequently more than once a day. Some of those people I used to see every day and fist bump.

On Facebook, when bad news comes, my co-workers and I express grief and offer condolences to the families. But our spontaneous response is the numb curiosity of an onlooker. We knew this was coming. We knew many among us wouldn’t make it through the pandemic.

Every day I see posts on the M.T.A. workers’ group pages striking a jaunty tone: “Oh Lord, here we go. I got the symptoms, see you all in 14 days. Or not.”

We work at the epicenter of the epicenter, with a mortality rate substantially higher than that of first responders. Common sense tells you that subway trains and platforms are giant vectors of this virus. We breathe it in along with steel dust. As a conductor, when I stick my head out of the car to perform the required platform observation, passengers in many stations are standing 10 inches from my face. At other times, they lean into the cab to ask questions. Bus drivers, whose passengers enter right in front of them, are even worse off.

My co-workers want doors locked on the two cars where the crew rides. Bus drivers want to let passengers enter through the back doors. We want hazard pay and family leave for child care.

In mid-March, a bulletin came out mandating that conductors make an announcement every 15 minutes. Wash hands, soap and water, sanitizer, elbow-sneeze. “Together we can help keep New York safe.”

The irony was that we didn’t have soap and water. At my terminal at that time, the restrooms were closed for three days after a water main break. Most employee restrooms are in similarly bad shape. Crew rooms are packed.

The M.T.A. takes stern action against workers seen without goggles or cotton knit safety gloves. Yet we had to work without protection against the coronavirus.

At first we were warned not to wear masks. The M.T.A. said it would panic the public. It said masks were dangerous for us. Later it said we could wear masks we bought ourselves. But by then there were few masks for sale.

One week after the pandemic was declared, a vice president of TWU Local 100 came to my terminal to give a talk. I rose to my feet in outrage and asked why we weren’t receiving masks. I was told healthy people didn’t need masks and that doctors needed them more. Aren’t doctors healthy? No answer. How about rubber gloves and hand sanitizer? No answer.

Finally, the M.T.A. agreed to supply us with personal protective equipment. When signing in, we get an N95 mask and three small packets of wipes the size of those used before a shot at the doctor’s office. This is meant to last three days. We also get a small container to fill with hand sanitizer from a bottle in the dispatcher’s office.

The masks are cheaply made. My co-workers complain that the masks pinch their noses. The straps break easily. Many masks must be secured with duct tape.

Or so I have heard. Two days after the vice president’s visit, I developed severe body aches, chills and a dry cough. On March 27, I woke up at 6 a.m. to go to the bathroom and collapsed. I made a quick call to a close friend and then dialed 911. An ambulance took me to NYU Langone Medical Center, where I was treated and discharged. I stayed isolated for 14 days, after which I felt better. My co-workers told me about a place where I could get tested. On April 15, I tested positive. Further quarantine. My direct-deposit statement shows $692: less than half my wages for the first pay period and nothing thereafter. (I had used up all of my sick days).

The third death I heard about was a black co-worker I used to see every day who once saw me reading Michelle Alexander’s “The New Jim Crow.” He wanted to know why a woman from India was interested in the condition of black people. From then on, whenever we ran into each other we hugged and cheek-kissed.

I used to talk to another co-worker across the platform when his N train and my R train reached Atlantic Avenue. He was one of only two Orthodox Jews in the rapid transit operation. A train buff, he once noticed that a cable that connects one car to another had come loose and was hanging dangerously near the third rail. He may have saved lives that day. Now he’s dead, too.

We are stumbling upon dead bodies. I know of two cases. A train operator nearly tripped over one while walking between cars. The other person was sitting upright on a bench right outside the conductor’s window and discovered to be dead only at the end of an eight-hour shift after my co-workers kept noticing the person on each trip.

The conditions created by the pandemic drive home the fact that we essential workers — workers in general — are the ones who keep the social order from sinking into chaos. Yet we are treated with the utmost disrespect, as though we’re expendable. Since March 27, at least 98 New York transit workers have died of Covid-19. My co-workers say bitterly: “We are not essential. We are sacrificial.”

That may be true individually, but not in our numbers. Hopefully this experience will make us see clearly the crucial role we play in keeping society running so that we can stand up for our interests, for our lives. Like the Pittsburgh sanitation workers walking out to demand protective equipment. Like the G.E. workers calling on the company to repurpose plants to make ventilators instead of jet engines.

I took my second test on April 30. It was negative. Tomorrow, I will go back to work.

Sujatha Gidla, an M.T.A. conductor, is the author of “Ants Among Elephants: An Untouchable Family and the Making of Modern India.”