The Appalling Damage of Dropping the Michael Flynn Case

It embeds into official U.S. policy a shockingly extremist view of law enforcement as the enemy of the American people 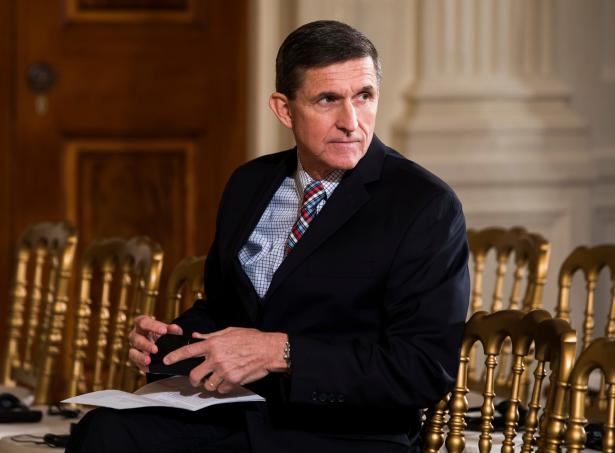 Michael Flynn in the East Room of the White House in 2017,Jim Lo Scalzo/European Pressphoto Agency

Criminal law specialists and members of the law enforcement community are tough to really shock. But the Justice Department’s announcement that it would drop criminal charges against Michael Flynn, President Trump’s former national security adviser, has provoked, in addition to outrage, a sense of utter demoralization among them. They’ve never seen such a thing before. After all, Mr. Flynn twice pleaded guilty to lying to the F.B.I.

But it’s important to understand why all Americans should be not just shocked but outraged. It’s not just because Mr. Flynn won’t go to jail or offer any service toward justice.

It’s because this move embeds into official U.S. policy an extremist view of law enforcement as the enemy of the American people. It’s a deception that Americans must see through — and that the federal judge overseeing Mr. Flynn’s case, Emmet Sullivan, can reject by examining the Justice Department’s rationale in open court and by allowing a future Justice Department to reconsider charges.

Share this article on
In 2017, when he pleaded guilty, Mr. Flynn apologized to the judge for lying to investigators, saying, “I recognize that the actions I acknowledged in court today were wrong, and through my faith in God, I am working to set things right.”exposure to the legal system. That is not the case with Mr. Flynn, a retired general and former national security adviser to the president.

So it seems crazy for the Justice Department to abandon criminal charges when the conviction based on them was all but signed, sealed and delivered. Justice is blind — except, it seems, when it comes to friends of President Trump like Mr. Flynn and Roger Stone.

But it requires zooming out to see the real outrage. The Justice Department’s shift reflects a deeply mistaken view of American law enforcement. In this view, federal investigators and prosecutors are a deep threat to the American people. That’s the narrative about the handling of the Flynn case that began on far-right websites, then migrated to Fox News and has now — appallingly — been embraced by President Trump and his attorney general, Bill Barr. They’re all peddling the idea that Mr. Flynn was “set up” by the F.B.I. and the Justice Department.

The capstone to this narrative was the Justice Department’s voluntary release last week of additional materials to Mr. Flynn’s lawyers. This was itself an unusual event: Judge Sullivan had already heard arguments from the prosecution and the defense about these issues and rejected Mr. Flynn’s claims. But suddenly, Mr. Barr’s Justice Department decided to hand over more. Even in those additional materials, there was, as they say, no there there: no smoking gun, no withheld exoneration.ents’ contents — especially a few pages of F.B.I. notes written down before Mr. Flynn’s interview. Mr. Trump said his former adviser was “tormented” by “dirty, filthy cops at the top of the F.B.I.”

But what the documents actually spoke to was the care taken by F.B.I. investigators in making sure they adopted an approach that even a Trump White House couldn’t see as “playing games” when they interviewed Mr. Flynn. The documents certainly didn’t offer exoneration: They didn’t change the fact that he’d lied or that he’d later admitted he’d lied. Yet, it gave Mr. Trump and his allies something they could claim was … enough.

Enough to do what? Not just exonerate Mr. Flynn, but also — here’s the crucial part — condemn institutions: the F.B.I. and the Justice Department. And that’s just what they’ve done. Mr. Trump, Mr. Barr and those echoing them have used the Flynn case to make condemnation of federal law enforcement official U.S. government policy.

Here’s the tell. The Justice Department’s new position isn’t that Mr. Flynn didn’t lie — that couldn’t be its position, because he did lie, and he admitted in federal court that he lied. Instead, the new filing argues that it was wrong for the F.B.I. to interview him in the first place. Look carefully at who the villain becomes in that narrative: not Mr. Flynn for lying, but the F.B.I. for asking the questions to which he lied in response.

And there’s a second tell. If the goal was just to shield Mr. Flynn, Mr. Trump could simply have pardoned him. That would have been a regrettable abuse of the pardon power — but at least it would have left Mr. Trump owning the decision and would have spared the Justice Department of the patent, destructive corruption that its new filing represents. But that didn’t happen — because institutional destruction isn’t collateral damage for Mr. Trump. It’s the very goal.

Fortunately, in our system, a prosecutor’s say-so is not enough to drop a prosecution; it requires the approval of the court. And while judges rarely interfere with such decisions, this is that rare case. Judge Sullivan, who still presides over Mr. Flynn’s case, has three important lines of inquiry available to him. First, he can examine why the highly regarded former prosecutor of Mr. Flynn withdrew from the case moments before the Justice Department’s astonishing filing. Last year, after the Supreme Court essentially held that the Trump administration had lied about the census and several Justice Department attorneys attempted to withdraw from the case, the presiding federal judge refused and began an inquiry into the attorneys’ withdrawal. A similar inquiry is appropriate here.

Second, the judge can examine the department’s reasoning and inquire into whether it is legally sound, including through on-the-record hearings. And finally, the judge can reject the Justice Department’s request to drop the charges “with prejudice.” Granting the request would mean that no future Justice Department could rethink the matter and revive the charges. There’s no reason for the judge to grant that. If he doesn’t see any wrongdoing by earlier investigators and prosecutors — and he hasn’t so far — then he can allow the charges to be dropped without prejudice. That way, it’s possible that a future Justice Department could take another look.

Presidents are not kings, and federal courts have a vital role to play in protecting our democracy. By carrying out these three lines of inquiry, the judge will be uncovering the truth and withholding his imprimatur from Mr. Trump’s and Mr. Barr’s appalling assault on American law enforcement.

The authors are law professors at Georgetown.