Our resources to ensure those individuals are tested are even more compromised in this era. Reaching the undiagnosed is even more challenging, difficult and unlikely to happen. 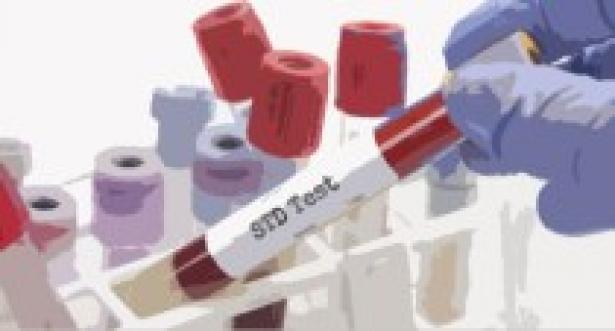 The pandemic that has upended life in the U.S. could lead to increased STD rates and setbacks in the fight against HIV as public health resources are shifted to the coronavirus response.

Access to STD and HIV testing and treatment services are dwindling as local health departments shuffle staff to respond to COVID-19 and clinics reduce hours or close altogether and cancel outreach programs.

“We are seeing a complete disruption to STD prevention here in the United States,” said David Harvey, executive director of the National Coalition of STD Directors (NCSD). “We expect to experience even higher STD rates as a result.”

As the U.S. deals with the coronavirus pandemic, many of the 2,200 disease intervention specialists who work at local health departments tracking STDs and other infectious diseases are being reassigned to the COVID-19 response.

These specialists would typically contact people who have tested positive for STDs and HIV, make sure they’re getting treatment and interview them confidentially about who they have had sexual contact with to ensure those individuals also get testing and treatment.

Other staff, including doctors and nurses, have also been redeployed to the COVID-19 response. Clinics are reducing hours and limiting appointments, no longer accepting walk-in patients, reducing services or suspending outreach activities, according to the National Association of City and County Health Officials. A handful of clinics have closed.

“Where does that leave our patients? It leaves them without access to services, leaves some of their infections untreated and it predisposes greater forward transmission of STIs and possibly HIV,” said Christopher Hall, an HIV care physician in Oakland, Calif., and medical adviser to the NCSD.

The pandemic couldn’t come at a worse time in the fight against STDs. Record-high STD rates are themselves an epidemic, experts say, with combined cases of syphilis, gonorrhea and chlamydia increasing for the fifth straight year in 2018. HIV and STDs disproportionately affect black men, particularly those who have sex with other men, because of stigma, disparities in access to health care and other societal inequities.

Experts at the Centers for Disease Control and Prevention (CDC) have blamed the high STD rates on an eroding public health infrastructure that saw STD clinics close during the 2008 recession. As a result, public health departments that often run those clinics and testing programs are often short-staffed.

Physical distancing requirements that are needed to slow the spread of COVID-19 make it difficult for departments to continue prevention efforts, like STD screenings.

If people don’t know they have an STD or HIV, they could potentially spread it to their sexual partners, and untreated HIV and STIs can lead to serious health complications.

About 38 percent of new HIV transmissions are linked to people who have the disease but haven’t been tested, according to the CDC.

Essentially all of the field testing done by the Baltimore City Health Department has been suspended because of COVID-19, said Adena Greenbaum, assistant commissioner for clinical services and HIV/STD prevention. Baltimore already has the highest rate of STDs in the U.S.

“Myself and my colleagues really are concerned we’re going to see increases in HIV and STI rates because of the decrease in the prevention activities being conducted by the health department and all of our partners,” Greenbaum said.

She said most of the staff is focused on the COVID-19 response, limiting the work the department can do on HIV and STDs.

“We’re trying as hard as we can, but it’s certainly not at the level as it would be otherwise if COVID wasn’t here.”

Some local health departments have already reported increases in STD cases, according to the National Association of City and County Health Officials.

Meanwhile, the Trump administration’s plan to end the HIV epidemic by 2030 is essentially on pause as federal, state and local health officials turn their focus to the coronavirus response instead.

The administration’s plan largely focuses on reaching people at risk for HIV and getting them on prevention medication while quickly finding and treating people who are HIV positive, especially those who are undiagnosed.

That becomes more difficult during a pandemic when clinics and health departments are losing staff to the COVID-19 response and pulling back on outreach programs like mobile testing sites.

There is no cure for HIV, but it is treatable with antiretroviral therapy. Individuals who take their medicine daily can stay healthy and achieve an undetectable viral load, meaning they effectively have no risk of transmitting HIV to sexual partners.

These drugs are also used to prevent HIV infection in people who are at high risk for it, including people with HIV positive partners and gay and bisexual men.

“Efforts to ramp up HIV testing, treating and prevention are on hold. What’s happening on the ground is people are just trying to hold their own and make sure patients remain in care,” said Carl Schmid, co-chair of the President’s Advisory Council on HIV/AIDS and executive director of the HIV + Hepatitis Policy Institute.

Many clinics are pivoting to telehealth and diagnosing patients by listening to their symptoms, a technique called syndromic management. Some clinics are sending at-home HIV and STI testing kits to patients and then mailing them treatments if they’re positive.

But that misses people who are HIV positive or have an STD but aren’t showing symptoms, who in pre-pandemic times may have been found through community outreach activities or periodic screenings for high-risk people, including people who have had STDs in the past.

“If your care system is relying on syndromic management alone and you’re not doing testing of asymptomatic people, which is called screening, you’re doing to miss infections and there’s going to be more transmission,” Hall said.

“It’s not ideal, but under the current circumstances, in which home-based testing is not something a lot of clinics have yet, that is all we have.”

Hall said he’s most worried about reaching undiagnosed HIV patients, of which there are about 162,500 in the U.S., according to the CDC.

People who have HIV or an STD but don’t know it can eventually experience serious illness without treatment, especially if they get COVID-19.

“Our resources to ensure those individuals are tested are even more compromised in this era,” Hall said.

“Reaching the undiagnosed is even more challenging, difficult and unlikely to happen.”

Jessie Hellmann is national health care reporter at The Hill