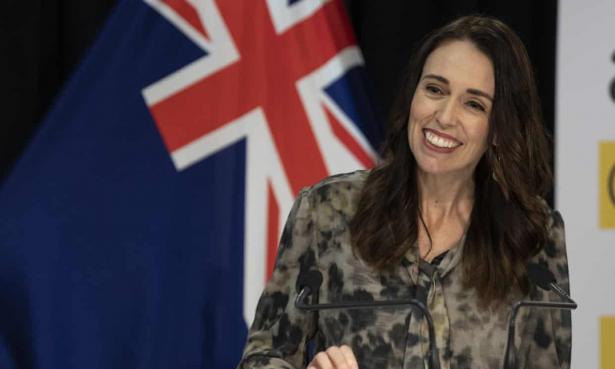 New Zealand Labour Prime Minister is resetting the conversation about how work should be organized, Getty Images

The popularity of New Zealand’s Labour prime minister, Jacinda Ardern, is, presently, stratospheric. With the confidence of popularity, her government is positioned to promote political ideas that were almost beyond imagination only a few months ago. One of them, mooted on Wednesday, is encouraging the country into a four-day working week.

Ardern’s leadership of New Zealand through the coronavirus crisis has compounded credentials well established by her government’s deft and empathetic handling of the horrific massacre in Christchurch last year. When corona hit, the lockdown of the country was swift, draconian and effective; there have only been 21 deaths from the disease to date in New Zealand, and while the rest of the world grapples with a rising number of daily cases, no new cases have been reported in New Zealand in three days.

A mind-boggling 92% of New Zealanders laud their government’s containment efforts. According to latest polls, Ardern is the most popular party leader there in more than 100 years.

With an impending opportunity to restructure the New Zealand economy for post-corona reopening, Ardern is exploring a policy suite of uncommon ambition. Hard-hit tourism is New Zealand’s largest export industry, employing 15% of New Zealanders and contributing to almost 6% of GDP, and it was in the context of rescuing this industry that on Wednesday Ardern suggested – informally, in a Facebook Live video from the tourist town of Rotorua – that, should the country move to a four-day working week, more leisure time may allow the domestic tourist market to expand to meet the present shortfall.

The phrasing was careful. “I hear lots of people suggesting we should have a four-day work week. Ultimately that really sits between employers and employees,” Ardern said.

But the mere suggestion has “excited New Zealanders”, as well as exciting a ready audience of the corona generation around the world. When Ardern explained that “there’s just so much we’ve learned about … [the flexibility] of people working from home, the productivity that can be driven out of that”, she was speaking to the lived, material reality of the most physically transformed workplaces in living western memory.

Because across the world, social distancing has resulted not only in record numbers of people working from home. It has staggered and rearranged shifts, reorganising the deployment of labour around continually improvised new systems of production, distribution and exchange demanded in a health and economic crisis. Economists have called it the biggest workforce change since the second world war, and parallel to the ongoing horror of managing an invisible, lethal virus that underscores every rearrangement, for some workers there have been surprising benefits.

It’s usually in the secrecy of social media group chats you’ll read the most explicit admissions from people – and a little guilt – that they’re enjoying the new schedules and enforced time at home. Parents may find the juggle of home-schooling their kids with work commitments challenging, but many are appreciating more time with their children.

In a workplace culture that in so many places still – still – operates around a culturally persistent male-breadwinner model that distances men from caring responsibilities in the home, many men are gaining closeness and meaning from greater daily involvement with their kids.

Women are seeing practical opportunities materialise for post-Covid-19 employment with genuine flexibility for meeting care commitments. Those who seem to be doing the best psychologically out of these extreme times are those whose days now accommodate doing things for the community, and acts of care. In my own experience, my partner and I are happier in ourselves and our relationship for losing the stress of our commute and spending more time in our own home together.

A universal four-day week in itself is no panacea for relationships, workplace frustration, for rescuing an economy or for meeting every household’s care commitments – but it’s Ardern’s suggestion that it be considered within a mix of work changes by employers that’s important here. There’s no doubt that there are workers who would thrive in a four-day week – but there are others who’d prosper through more shifts but with fewer hours, those who’d be happier working full-time from home, others who’d be most productive through a different combination of conditions.

But what can and will provide the capital injection needed to revive economies, a boost in productivity and the potential for a real work-life balance for working people lies in the twinned scenarios a four-day week inherently proposes. The first is adjusting pay-scales to provide the equivalent of a living wage based upon four days of full-time labour, which would both allow underemployment to be liveable and to flush greater spending towards consumer markets that are suffering. The second is a new workplace paradigm that Ardern’s casual menu of ideas politically suggests: one that upends four decades of neoliberal insistence that workplace “flexibility” is the purview only of employers, replacing it with a truly social-democratic flexibility that serves, through working people, the households and communities that their jobs support.

Among a claque of western leaders yearning for “snap back” to the way things were before the virus – some pursuing “recovery” strategies of even lesser benefit – it’s New Zealand’s, conspicuously, who repeatedly shows the courage to snap forward. Little wonder she has become so popular.