Organized labor throughout the city is banding together in solidarity against police violence in the aftermath of Floyd’s death. 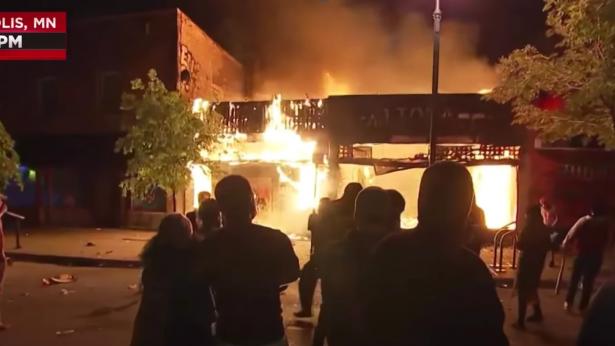 The murder of George Floyd at the hands of the Minneapolis police has sparked several days of protests, including the burning of a police precinct on Thursday night.

In solidarity with protestors, union bus drivers in Minneapolis signed a petition and refused to transport police officers and arrested protestors to jail on Thursday, PayDay Report first reported and independently confirmed by Motherboard. At one bus garage in downtown Minneapolis on Thursday evening, some workers refused to drive buses that were being dispatched to transport police officers.

“We are willing to do what we can to ensure our labor is not used to help the Minneapolis Police Department shut down calls for justice,” the petition reads. “For example, I am a bus driver with ATU 1005, and I urged people to call MetroTransit and the Governor the second I heard our buses and members were being organized to make mass arrests hours before the protests escalated.”

On Thursday, the city of Minneapolis shut down its light rail and bus services out of concern for employee and rider safety.

More than 400 union workers, including Minneapolis postal workers, nurses, teachers, and hotel workers have signed the petition posted on the Facebook group Union Members for #JusticeForGeorgeFloyd pledging not to aid the policing of the protests with their labor, according to Adam Birch, a Minneapolis bus driver who wrote the petition.

“I was on my route on Wednesday evening and there was a message that came over transit control asking for a bus to transport police officers,” Birch told Motherboard. “I interpreted this as Minneapolis police department preparing for mass arrests so when I had a moment on a layover, I created a post on Facebook saying that I’m a metro transit bus driver, and I don’t feel comfortable assisting the Minneapolis police department to make arrests. It got a lot of reaction, which was surprising so I created a petition.”

Since the release of a video earlier this week showing an officer Derek Chauvin kneeling on Floyd’s neck until he died, unions and workers in Minneapolis, a city with a strong organized labor movement, have condemned the killing. Among them, Minneapolis’s teacher union and the Awood Center, which organizes Amazon warehouse workers in the area, have also issued statements condemning the killing as an act of racism.

“If we feel if something is unjust, then workers should have the right not to support the situation or provide their services,” Ryan Timlin, president of Amalgamated Transit Union Local 1005, which represents the bus drivers and 2,500 public transportation workers in the Twin Cities, told Motherboard. “This was not a strike."

Many members of Amalgamated Transit Union Local 1005, which represents 2,500 public transportation workers in the Twin Cities, live in south Minneapolis, where Floyd lived and was killed and where recent protests have taken place.

“ATU members live with similar fears on a daily basis. ATU members face racism daily. Our members live in and work in neighborhoods where actions like this happen, and where this took place, now watched in horror across the globe,” a press statement from the Amalgamated Transit Union Local 1005, said.

“In ATU, we have a saying: 'NOT ONE MORE' when dealing with driver assaults in some cases have led to members being murdered while doing their job," the union said. "We say 'NOT ONE MORE' execution of a black life by the hands of the police. NOT ONE MORE! JUSTICE FOR GEORGE FLOYD.”

The Minneapolis police department, which has a history of misconduct allegations and racist violence, is represented itself by a powerful union. The Minneapolis Police Union has continued to offer “warrior-style training” to any officers that want it, despite the city’s mayor putting a ban on the style of training last year, which was linked to the shooting of Philando Castile in 2016.

When the police shot and killed 32-year-old Castile in Minnesota, the local teacher’s union took action to protest the death of Castile, who was a nutrition services supervisor, and 14-year member of the Teamsters Local 320, which also represents law enforcement officials in the Twin Cities.

Birch says the Facebook group Union Members for #JusticeForGeorgeFloyd is organizing a coalition of union members to attend a protest in Minneapolis on Saturday.