The Trump Regime Is Beginning to Topple

The best way to grasp the magnitude of what we’re seeing is to look for precedents abroad. 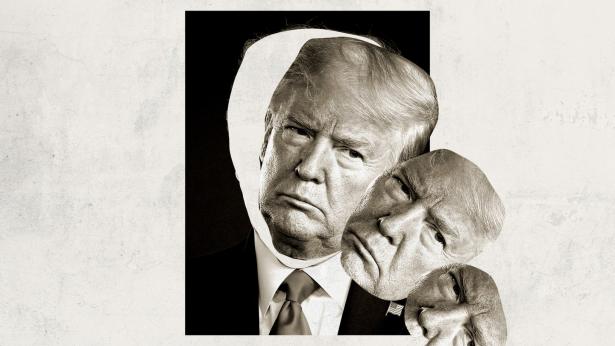 Over the course of his presidency, Donald Trump has indulged his authoritarian instincts—and now he’s meeting the common fate of autocrats whose people turn against them. What the United States is witnessing is less like the chaos of 1968, which further divided a nation, and more like the nonviolent movements that earned broad societal support in places such as Serbia, Ukraine, and Tunisia, and swept away the dictatorial likes of Milošević, Yanukovych, and Ben Ali.

And although Trump’s time in office will end with an election and not an ouster, it is only possible to grasp the magnitude of what we’re seeing and to map what comes next by looking to these antecedents from abroad.

As in the case of many such revolutions, two battles are being waged in America. One is a long struggle against a brutal and repressive ideology. The other is a narrower fight over the fate of a particular leader. The president rose to power by inflaming racial tensions. He now finds his own fate enmeshed in the struggle against police brutality and racism.

The most important theorist of nonviolent revolutions is the late political scientist Gene Sharp. A conscientious objector during the Korean War who spent nine months in prison, Sharp became a close student of Mahatma Gandhi’s struggles. His work set out to extract the lessons of the Indian revolt against the British. He wanted to understand the weaknesses of authoritarian regimes—and how nonviolent movements could exploit them. Sharp distilled what he learned into a 93-page handbook, From Dictatorship to Democracy, a how-to guide for toppling autocracy.

Sharp’s foundational insight is embedded in an aphorism: “Obedience is at the heart of political power.” A dictator doesn’t maintain power on his own; he relies on individuals and institutions to carry out his orders. A successful democratic revolution prods these enablers to stop obeying. It makes them ashamed of their complicity and fearful of the social and economic costs of continued collaboration.

Sharp posited that revolutionaries should focus first on the regime’s softest underbelly: the media, the business elites, and the police. The allegiance of individuals in the outer circle of power is thin and rooted in fear. By standing strong in the face of armed suppression, protesters can supply examples of courage that inspire functionaries to stop carrying out orders, or as Sharp put it, to “withhold cooperation.” Each instance of resistance provides the model for further resistance. As the isolation of the dictators grows—as the inner circles of power join the outer circle in withholding cooperation—the regime crumbles.

This is essentially what transpired in Ukraine in 2014. When the country’s president backed away from plans to join the European Union, a crowd amassed in Kyiv’s central square, the Maidan. The throngs initially had no avowed intention or realistic hope of overthrowing the kleptocratic president, Viktor Yanukovych. But instead of letting the demonstrators shout themselves hoarse in the thick of subfreezing winter, Yanukovych set about violently confronting them. This tactic backfired horribly. A movement with limited aims became a full-blown revolution. Oligarchs quietly slunk away from a leader they had long subsidized. Lackeys who had faithfully served the regime resigned, for fear of attracting the public’s ire. In the bitter end, Yanukovych found himself isolated, alone with his own family and his Russian advisers, destined for exile.

David A. Graham: Trump has imprisoned himself in the White House

It is astonishing how events in the U.S., despite all the obvious imperfections of the analogy, have traced the early phases of this history. This is observable in the images of the crowds on successive nights, as Trump’s violent suppression of the protests in Lafayette Square has only caused their ranks to swell. And it’s possible to see how elites, in the course of just a few days, have begun to withhold cooperation, starting with the outer circles of power and quickly turning inward.

Twitter’s decision to label Trump’s posts as misleading was a hinge moment. For years, the company had provided the president with a platform for propaganda and a mechanism for cowing his enemies, a fact that long irked both critics outside Twitter and employees within. Only when Trump used Twitter to threaten violence against the protests did the company finally limit the ability of users to see or share a tweet.

Once Twitter applied its rules to Trump—and received accolades for its decision—it inadvertently set a precedent. The company had stood strong against the bully, and showed that there was little price to pay for the choice. A large swath of S&P 500 companies soon calculated that it was better to stand in solidarity with the protests, rather than wait for their employees to angrily pressure them to act.

A cycle of noncooperation was set in motion. Local governments were the next layer of the elite to buck Trump’s commands. After the president insisted that governors “dominate” the streets on his behalf, they roundly refused to escalate their response. Indeed, New York and Virginia rebuffed a federal request to send National Guard troops to Washington, D.C.* Even the suburb of Arlington, Virginia, pulled police officers who had been loaned to control the crowd in Lafayette Square.

As each group of elites refused Trump, it became harder for the next to comply in good conscience. In Sharp’s taxonomy, the autocrat’s grasp on power depends entirely on the allegiance of the armed forces. When the armed forces withhold cooperation, the dictator is finished. Of course, the U.S. is far more democratic than the regimes Sharp studied and doesn’t fit his taxonomy neatly. But on Wednesday, the president’s very own secretary of defense explicitly rejected Trump’s threat to deploy active-duty military officers to American streets. It’s among the most striking instances of an official bucking a president in recent decades.

The examples of Serbia, Ukraine, and Tunisia show how even the subservient unexpectedly break from a leader once that leader is doomed to illegitimacy. And to an extent, the cycle of abandonment has already begun. James Mattis’s excoriation of his old boss prodded Trump’s former chief of staff John Kelly and Senator Lisa Murkowski of Alaska to echo his condemnation of the president.** As each defector wins praise for moral courage, it incentivizes the next batch of defectors.

Even if the protests fizzle—and the parade of denunciations comes to an end—it’s worth pausing to marvel at the moment. Despite the divisions of the country, a majority of its people joined together in shared abhorrence of the president, at least for an instant. Sectors of society that studiously avoid politics broke with their reticence. In a dark era, when it seemed beyond the moral capacities of the nation, it mustered the will to disobey.

FRANKLIN FOER is a staff writer at The Atlantic. He is the author of World Without Mind and How Soccer Explains the World: An Unlikely Theory of Globalization.