Europeans' Trust in US as World Leader Collapses During Pandemic 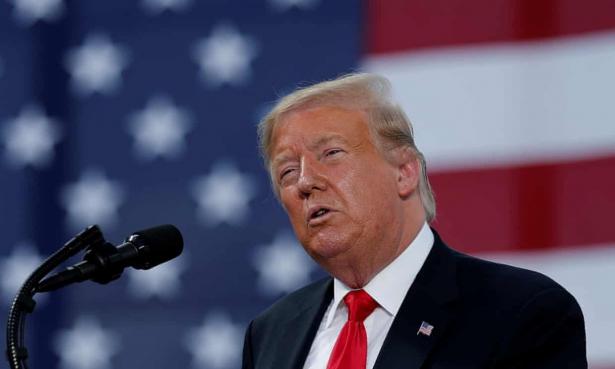 The coronavirus crisis has caused a dramatic deterioration in the European public perception of the US, extensive new polling reveals.

More than 60% of respondents in Germany, France, Spain, Denmark and Portugal said they had lost trust in the United States as a global leader.

A report based on the survey’s findings argues that the shock of the pandemic has “traumatised” European citizens, leaving them feeling “alone and vulnerable”.

In almost every country surveyed, a majority of people said their perception of the US had deteriorated since the outbreak. Negative attitudes of the US were most marked in Denmark (71%) Portugal (70%), France (68%), Germany (65%) and Spain (64%). In France, 46% and in Germany 42% said their view of the US had worsened “a lot” during the pandemic.

In an analysis of the data, the policy experts Susi Dennison and Pawel Zerka say that trust in the US is “broken” as a result of its handling of the health crisis and that support for the transatlantic alliance has been “hollowed out”‘.

Angela Merkel, the German chancellor, warned in an interview with the Guardian on Friday that the world could no longer take it for granted that America still aspires to be a global leader. The survey suggests that public opinion is already conscious of the shift.

The report states: “Europeans’ trust in the US is gone. Many have been appalled by the [US’s] chaotic response to Covid-19; the lack of solidarity it showed with Europeans in the 12 March closure of its border to members of the Schengen area; and its lack of leadership in tackling the coronavirus crisis at the global level – or even engagement with the issue (beyond a war of words with the World Health Organization).”

The survey was commissioned by the Berlin-based European Council on Foreign Relations (ECFR) thinktank and conducted by Datapraxis and YouGov at the end of April and the first week of May, across nine EU countries which together account for two-thirds of the bloc’s population.

So low is confidence in the future of the transatlantic partnership that only 2% of respondents in Germany and 3% in France said they would expect US support as Europe rebuilds its damaged economy.

“Europeans have digested the fact that the US is no longer necessarily a friend for Europe in times of need,” Dennison said.

The ECFR’s analysis suggests the shift in European attitudes transcends hostility to Donald Trump or his administration’s poor handling of the virus outbreak in the US.

Its authors believe there is now a more profound uncertainty about America as a force for good, America’s commitment to multilateralism and the US’s ability to lead the world.

Trump has been clear about his antipathy to the European Union for years. He accuses it of “ripping off” the US on trade. He recently ordered the withdrawal of 10,000 US troops from Germany.

Without the US at the head of the multilateral system, the authors conclude, Europeans want the EU to take more “ownership” of international challenges such as the pandemic and the climate emergency.

Initial data from the ECFR survey released last week showed a big surge in public backing for greater EU cooperation, despite widespread disillusionment at the EU’s poorly coordinated response and at national governments’ effectiveness in the crisis.

The authors believe the demand for more EU cooperation is grounded in the realisation that the post-1945 world order is changing and that relying on the US is not an option. They identify the US retreat from multilateralism as one of three reasons for a new mood of insecurity in Europe. The other factors are the flawed handling of the pandemic by European governments at national level, and the EU’s failure to take the initiative on global issues.

“Europeans now have to live with the knowledge that, despite all the structures we have put in place to protect ourselves at the EU and global level, our continent can move from complacency to full economic and social shutdown in a matter of weeks. This realisation may have profound consequences for the way that Europe engages with the rest of the world.”