Anti-Racism Requires So Much More than 'Checking Your Privilege'

Self-reflection is welcome. But until we undo the structures that hold up anti-blackness across the world, injustice will persist 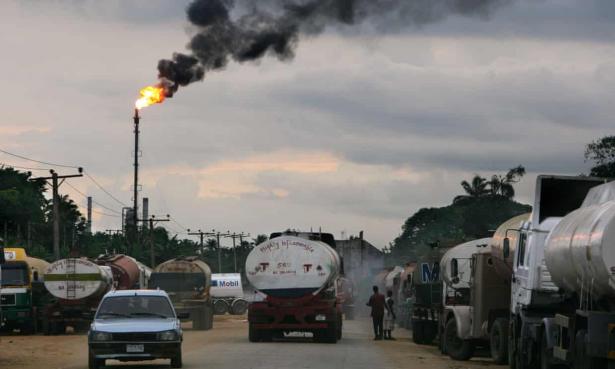 One of the most illustratively ham-fisted responses to Black Lives Matter took the form of a public service announcement (PSA) featuring white Hollywood stars committing themselves to the vague agenda of standing against hate. “I take responsibility,” proclaimed the likes of Julianne Moore, Justin Theroux and Sarah Paulson in a denouncement of their own previous silence on police brutality. From A-listers to corporate giants and hallowed institutions, the undignified scramble to address track records of anti-blackness is further proof of Black Lives Matter’s rupturing effect on our culture.

Black Lives Matter is changing how we think about personal complicity. Yet we are still trapped within a reductive framework: privilege. Anti-racist reading lists, teach-ins and resources proliferate, spurring intense contortions of “privilege-checking”. This language unites politicians, celebrities, distinguished academics and activists. But the problem with “privilege-checking” is that it focuses our efforts away from the profound questions that Black Lives Matter raises and on to simpler, individualistic solutions to racism.

The US scholar Peggy McIntosh unpacked the meaning of privilege in her seminal 1988 paper, White Privilege and Male Privilege. McIntosh defined white privilege as everything from the ability to freely criticise one’s government and its policies without being branded a cultural outsider to being able to easily find bandages matching one’s own skin shade. As the idea and its attendant catchphrases trickled outside academic-activist circles and into public consciousness, it was met with backlash. But not all of its detractors are shrill reactionaries or aggrieved rightwingers.

The language of white privilege obscures systemic inequality by reducing it to individual actors – quite literally in the form of the latest Hollywood PSA – and their willingness to acknowledge their privilege. “Checking” your privilege then becomes a public exercise in self-flagellation, focusing on the repentantly privileged while neatly obscuring how intrinsic anti-black racism is to the world. Why seriously challenge unequal resource distribution when all you need to do is renounce the privilege that gives you access to the very resources hoarded at the expense of others?

‘‘I take responsibility,’ proclaimed the likes of Julianne Moore, Justin Theroux and Sarah Paulson in a denouncement of their own previous silence on police brutality.’

To the privilege-renouncer, there is little need to address an inconvenient fact: the immense economic order that spans the globe has historically needed a black underclass, both domestically and overseas, to survive. Racial capitalism, as a term popularised by the scholar Cedric Robinson (with its roots in apartheid-era South Africa), is a way of understanding capitalism’s processes of exploiting who it racialises and racialising who it exploits. We see this through the dispossession of indigenous people from their land, the transatlantic slave trade and colonial enterprise.

Capitalism’s inseparability from anti-black racism lives on through neocolonialism, which compounds black suffering across Africa through extractive, ecologically damaging multinational corporations, the predatory practices of international lending agencies, and Euro-American military intervention. The assassinations of anti-colonial African revolutionaries by ex-colonial powers and suppression of grassroots social movements further entrenched economic dispossession. Today, we see staggering class divides within many African nations widen, as elites benefit from their lucrative alliances with this neocolonial order.

In this sense, another problem with privilege theory is that it makes it harder to recognise the tensions and contradictions existing between the racialised. The protests in the US provided examples of black mayors pacifying their desperate constituents, tactless statements made by wealth-protecting black celebrities, and the positioning of black political and cultural elites as translators and mediators of uprisings led by the poorest and least protected. For some, a lack of privilege has fatal consequences. For others, it offers platforms, speaking gigs and career opportunities.

As a black writer routinely categorised as “marginalised” and “underrepresented”, I am hyper-aware of how expertly I can leverage my lack of privilege into a career built on representing others like me. The upswell in liberal white guilt is a fertile ground for me to do so. I can dissect the privilege of the middle-class white literary elite while conveniently eroding the specificity of my own position as a child of the post-independence Somali middle classes – many of whom are now experiencing the kind of degradation and displacement abroad that others have always faced at home. This is the part of my story that differentiates me from the security guards and cleaners who share my ethnic background and work at the institutions that invite me on panels to speak on behalf of my wider community.

The prison scholar Ruth Wilson Gilmore defines racism not as hostility towards those without privilege, but as a process that creates a “group-differentiated vulnerability to premature death”. This definition makes sense of why black diasporic communities are at a greater risk of contracting and dying from Covid-19 (with the UK’s black African population dying at more than triple the rate of their white counterparts). It’s why nearly half of all black children in the UK live in poverty. It’s why black Brazilians are making connections between the killing of George Floyd and the death of Miguel Otávio Santana da Silva, a five-year-old who fell nine storeys under the watch of his mother’s rich employer, highlighting the treatment of black domestic workers. The ability to live each day without being caught in the punitive crosshairs of race and class is not a privilege. It is power.

The mainstreaming of anti-racist discourse is causing many people to question their own position in the world. As welcome as this is, let’s not stop at self-reflection. Unlearning personal prejudices should coincide with undoing the structures, logics and economic arrangements that perpetuate global anti-blackness.

Being courageous enough to reimagine the world as we know it will only deepen our genuine solidarity with those who are currently struggling to survive it. Instead of timidly admitting to our various privileges, let’s ask ourselves what a world where all black life matters everywhere would look like – and accept nothing else.

• Momtaza Mehri is a poet and independent researcher. Doing the Most with the Least was published in 2019