Unprepared to Reopen Safely Colleges Are Prepared to Blame Their Students

Despite serious public-health concerns, many college campuses are slated to reopen for in-person instruction this fall. Students will get infected, and universities will rebuke them for it; campuses will close, and students will be blamed for it. 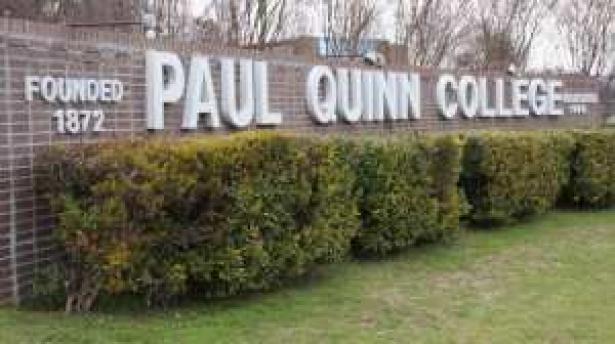 Paul Quinn College, a small, historically black college in Dallas, Texas, won’t be reopening this fall. School president Michael J. Sorrel says the risks of the coronavirus outweigh the benefits of reopening, especially for the students he serves., HBCUBuzz.com

“Do you really want to be the reason that Tulane and New Orleans have to shut down again?” That was the question that Erica Woodley, the dean of students at Tulane University, posed in a July 7 email scolding students for their “disrespectful, selfish and dangerous” partying during the Fourth of July weekend. “This type of behavior is indefensible and truly shameful,” she admonished. Woodley went on to warn—in bold and all caps—that students who hosted gatherings with more than 15 people would face dire punishment: suspension or expulsion.

With new coronavirus cases on the rise in most states, the notion that universities can reopen safely for in-person instruction in the fall is questionable, maybe even fantastical. According to a soon-to-be-published study led by Yale and Harvard researchers, outbreak control would require testing all students every two or three days—a tall order when the federal government is blocking the funding needed to do so. And universities that do intend to screen students for the virus are creating those plans without federal guidance: The Centers for Disease Control and Prevention, somewhat mysteriously, has failed to recommend testing for students without symptoms or exposure.

Despite serious public-health concerns, Tulane and other campuses are slated to reopen for in-person instruction in the fall. Students will get infected, and universities will rebuke them for it; campuses will close, and students will be blamed for it. Relying on the self-control of young adults, rather than deploying the public-health infrastructure needed to control a disease that spreads easily among people who live, eat, study, and socialize together, is not a safe reopening strategy—and yelling at students for their dangerous behavior won’t help either.

Tulane officials are only saying what their counterparts on other campuses appear to be thinking. In college towns across the country this spring, university administrators railed against students who attended large off-campus parties; in some communities, police intervened. In one recent survey of 70 universities, more than half reported they were considering updating their codes of conduct—or had already done so—to require compliance with social-distancing measures. Like Tulane, some are threatening “swift and severe” disciplinary action for students who flout the guidelines.

The increasing number of coronavirus cases among young adults, with outbreaks tied to bars and house parties, has shaped what has become a common narrative about the coronavirus pandemic: Careless 20-somethings are ruining life for the rest of us. Deborah Birx, the government’s coronavirus-response coordinator, said earlier this month that officials were surprised by the increase in infections among people ages 18 to 35 after they had been “so good and so disciplined through March and April.” According to Birx, when young people saw photos on social media of their friends having a good time, “they all went out and about.” As the federal government spectacularly fails to contain the virus, young partygoers have become the latest scapegoat for America’s pandemic woes.

Americans are making decisions every day about coronavirus risk and social contact, but people’s calculations are not all the same. Risk taking typically peaks during young adulthood, when people are most responsive to the rewards of a risky choice. During the pandemic, young people face different risks from older adults: Although the former may transmit the virus to others, they are at substantially lower risk of complicationsfrom coronavirus infection than older people—but at far greater risk of psychiatric disorders that can be triggered or worsened by social isolation. People feel lonely when they experience a mismatch between the relationships they want and those they have. In a pandemic, that discrepancy may be greatest for college students, who are experiencing the yawning gap between dorm life and quarantine life. “A lot of people are calling attention to coronavirus because it’s right in front of us,” an 18-year-old named Audrey told NPR earlier this month. “But at the same time, teens’ depression rate—it’s a silent threat.” The issue isn’t that young people are universally unconcerned about the pandemic; it’s that they realize it’s not the only—or even the greatest—risk they face.

Nor is socializing the only route by which the coronavirus spreads. The recent rise in cases among young adults was predictable based on labor-force statistics alone. In the bars, restaurants, and retail establishments that have resumed service as part of most states’ reopening plans, the majority of employees are 34 or younger. But rather than taking responsibility for reopening high-risk environments prematurely, officials have again shifted the blame to the young people who keep those industries running. California Governor Gavin Newsom recently described those under 35 as “the age cohort that believes in many cases that they are invincible, and they are somehow immune from the impacts of COVID-19.” New York City’s official Twitter feed recently circulated a chart showing that rates of coronavirus infection had plateaued or were increasing in younger age groups. The accompanying message, complete with a wide-eye emoji, declared, “Looking at you, millennials and Gen X. Do better.” From statements such as these, one might conclude that saving the country from the coronavirus isn’t up to those who decide which establishments are open or closed; rather, it’s the personal responsibility of young people—and never mind that, for them, exposure isn’t always a choice.

Likewise, college campuses that are reopening for in-person instruction are banking on the personal responsibility of students to make it all work—and students are being set up to take the fall when the plans fail. Even as her email implied the opposite, Woodley told students that Tulane believes they are “conscientious enough and mature enough” to wear masks, wash their hands, and avoid large gatherings. After all, she wrote, “If we didn’t, we would not be reopening.” Students, like administrators, will be motivated to keep campuses open. But resisting the temptation to socialize won’t be easy for students—and with universities reopening their campuses in the midst of a raging pandemic, the responsibility for keeping campuses safe is hardly the students’ alone.

Universities have no business reopening if they can’t provide a healthy environment for students, faculty, and staff. Frequent testing and contact tracing are most crucial for safely reopening, but effective public-health messaging needs to support risk reduction for students. First, here’s what won’t work to stop the parties: berating the students who choose to host or attend them. Shaming people for their risky behaviors is not an effective public-health strategy and can be counterproductive. The more that students are castigated for having house parties or going to bars, the more reluctant they will be to disclose potentially stigmatizing information to contact tracers in the event of an outbreak.

Partygoers have already been hesitant to cooperate with contact tracers off campus—and this reluctance will only be amplified for students who fear being disciplined for breaking the rules. Students who put the campus community at grave risk should face appropriate consequences, but students also need to be reassured that they won’t be punished for disclosing symptoms, testing positive, or sharing contacts from an illicit gathering. A similar model is used to address substance use on some campuses, such as Tufts University, where students who call for medical attention for an alcohol- or drug-related emergency are exempt from punishment.

Students are making their own educated judgments about how their school should proceed. University of Connecticut students told a team of behavioral scientists that they wanted some education about how to reduce risk to themselves and others and that compassionate and supportive public-health messages would be more effective than moralistic or fear-based ones. Hearing that university administrators understand how difficult some forms of social distancing are for students might make the students more motivated to stick with it. And when some students inevitably break the rules, administrators should remember that young people want to socialize not because they are selfish, but to reduce loneliness, and communications should be designed accordingly.

As much as administrators want to rely on students’ maturity and conscientiousness, expectations need to be realistic. Some schools are requiring an on-campus quarantine at the beginning of the semester, but—as the UConn students agreed—an abstinence-only approach that orders students to lock themselves in their dorm rooms would likely fail. Instead, campuses could adopt a harm-reduction approach, which has been successful in minimizing the unintended consequences of other behaviors—including sex and substance use—in young people. Students should be told not to throw parties in a pandemic, just as they are told not to engage in underage drinking on campus. But universities should also acknowledge that some students are going to socialize and will need tools to minimize harms—just as some students will drink and need free rides home.

Students need to hear not just what they can’t do, but also what they can do. Although house parties are a no-go, small outdoor gatherings—especially within social bubbles—are a reasonable choice. In addition to guidance on ways to socialize as safely as possible, campuses could provide lower-risk alternatives to crowded indoor parties: Think movies, yoga classes, and concerts—all outdoors with social distancing encouraged and school-branded masks provided. The Cardinal Nights program at Stanford University uses a similar approach to reduce drinking on campus, providing alcohol-free options for socializing—including sports games and comedy nights—that divert students from higher-risk activities.

College students will need to adapt their behaviors for universities to function in the fall, but students are not solely—or even primarily—responsible for keeping campuses safe. Shaming and threatening students will only obstruct public-health efforts. If universities want to reopen and stay open, administrators need to adopt a compassionate and realistic approach that supports students in staying socially connected and mentally healthy—not just free of coronavirus infection.

[JULIA MARCUS is an epidemiologist and assistant professor at Harvard Medical School and Harvard Pilgrim Health Care Institute. JESSICA GOLD is a psychiatrist and an assistant professor at Washington University in St. Louis, where she sees college and graduate students in her outpatient practice. The Atlantic wants to hear what you think about this article. Submit a letter to the editor or write to letters@theatlantic.com.]