Hiroshima: The Lessons We Haven't Learned

Seventy-five years after the U.S. atomic bombings of Japan, we remain perched on the precipice of unparalleled catastrophe. 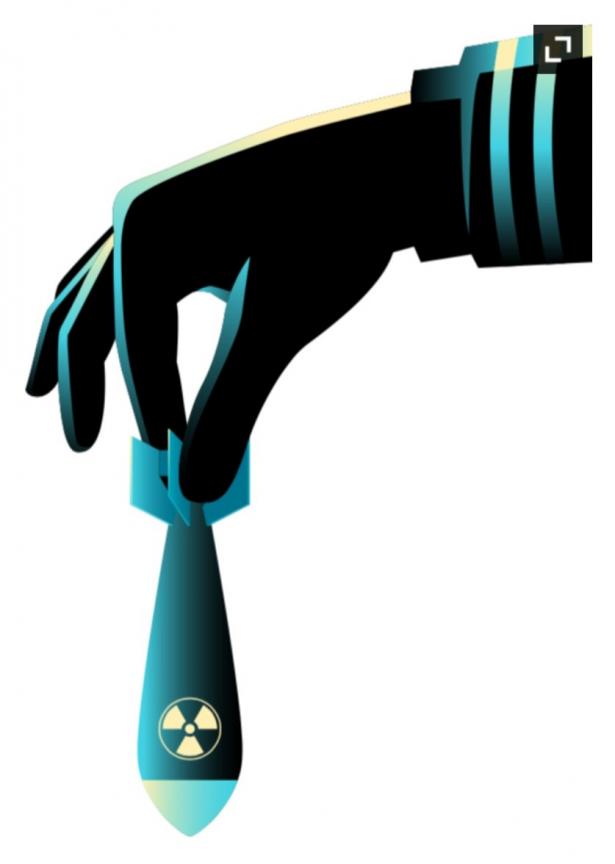 My birthday is August 7, sandwiched between the anniversary dates for the bombings of Hiroshima and Nagasaki (on August 6 and August 9, 1945, respectively). I was six years old when the first bomb fell. My course in life was predetermined.

On September 2, 1945, when the local fire siren suddenly blared, my teacher asked, “What is that?” and I knew: The war was over.

It had been a really scary time in Melbourne, Australia, as the Japanese had threatened to invade us. Dad dug an air-raid shelter in our back garden, and the windows were blacked out while the city’s searchlights scanned the skies at night. 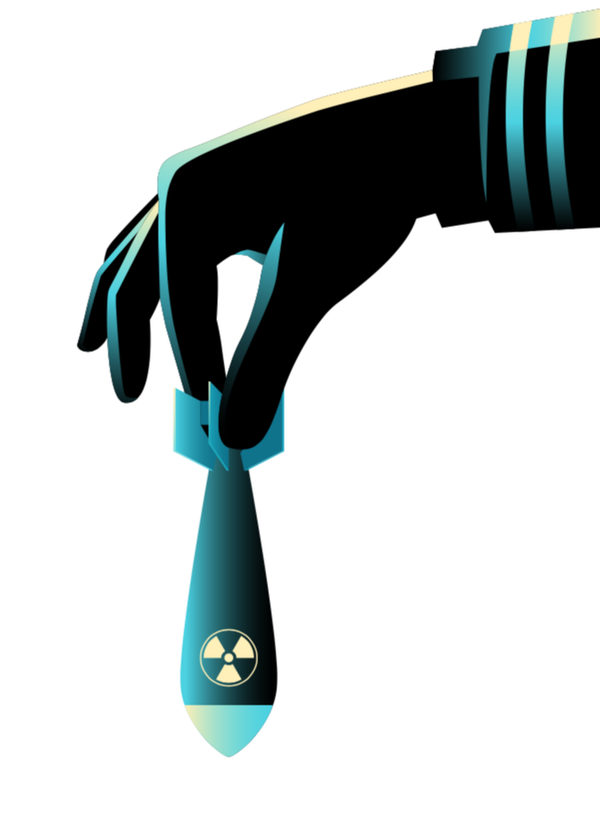 Elated, I walked home on that lovely sunny afternoon picking flowers along the way. It would be years later before I learned the awful truth about how the war ended.

What rained down on those two Japanese cities seventy-five years ago was destruction on a scale never seen before or since. People exposed within half a mile of the atomic fireball were seared to piles of smoking char in a fraction of a second as their internal organs boiled away. The small black bundles stuck to the streets and bridges and sidewalks of Hiroshima numbered in the thousands.

A little boy was reaching up to catch a red dragonfly with his hand against the blue sky when there was a blinding flash and he disappeared. He turned into gas and left his shadow behind on the pavement, a haunting relic later moved to the Hiroshima Museum. A woman was running while holding her baby; she and the baby were turned into a charcoal statue.

In all, about 120,000 people were killed immediately by the two bombs, and tens of thousands more died later due to radiation exposure.

In 1957, when I was eighteen, I read a book by Nevil Shute, an English novelist who ended up in Australia. On the Beach described how the city of Melbourne awaited a deadly cloud of radiation from a nuclear war that was triggered by an accident in the northern hemisphere, killing everything. Men drank their last gin and tonics in the Melbourne Club while the government dispensed cyanide capsules so parents could kill their children quickly to avoid the agonizing symptoms of radiation poisoning.

At the time, I was in medical school, where I learned about radiation biology—the classic experiments of Hermann J. Muller, who in the 1920s irradiated Drosophila fruit flies inducing genetic mutations and morphological abnormalities. Concurrently, the United States and the Soviet Union were testing nuclear weapons in the atmosphere, bombarding huge populations with radioactive fallout.

In my naiveté, I couldn’t understand what these men thought they were doing because the mutagenic and carcinogenic effects of ionizing radiation were well known in scientific circles. Madame Curie had died of aplastic anemia secondary to radium, an alpha emitter polluting her bones; her daughter died of leukemia, and many of the early radiologists who exposed themselves randomly to X-rays died from malignancies.

Einstein wrote: “The unleashed power of the atom has changed everything save our modes of thinking and we thus drift toward unparalleled catastrophe.” Robert Oppenheimer, watching the world’s first nuclear explosion in Alamogordo, New Mexico, in 1945, muttered to himself, “I am become death, the destroyer of worlds” from the Hindu scripture, the Bhagavad Gita.

The scientists knew that they had discovered the seeds of human destruction.

So, in full awareness of its newfound ability to destroy the human race, what did the world do next?

The United States and the Soviet Union decided to outdo each other by conducting a nuclear arms race, building tens of thousands of nuclear weapons. Between 1945 and 1998, the United States conducted more than 1,000 nuclear tests, producing cancer in tens of thousands of people. It has built more than 70,000 atomic and hydrogen bombs; the Soviets and later the Russian Federation had tried to keep up, building at least 55,000 of their own.

Arms control agreements over the years have managed to reduce stockpiles to about 14,000 nuclear weapons today, in the possession of nine nations: the United States, Russia, the United Kingdom, France, China, India, Pakistan, Israel, and North Korea. The United States and Russia still lead the pack, each with more than 6,000 total weapons, including about 1,600 each that are actively deployed.

The United States needs to rise to its full moral and spiritual height and lead the world to sanity and survival.

A nuclear “exchange” between these two superpowers would take little over one hour to complete. A twenty-megaton bomb (the equivalent of twenty million tons of TNT) would excavate a hole three-quarters of a mile wide and 800 feet deep, converting all buildings and people into radioactive fallout that would be shot up in the mushroom cloud. Within six miles in all directions every living thing would be vaporized. Twenty miles from the epicenter, huge fires would erupt, as winds of up to 500 miles per hour would suck people out of buildings and turn them into missiles traveling at 100 miles per hour. The fires would coalesce, incinerating much of the United States and causing most nuclear power plants to melt down, greatly exacerbating radioactive fallout.

Potentially billions of people would die hideously from acute radiation sickness, vomiting, and bleeding to death. As thick black radioactive smoke engulfed the stratosphere, the Earth would, over time, be plunged into another ice age—a “nuclear winter,” annihilating almost all living organisms.

Seventy-five years after the dawn of the nuclear age, we are as ready as ever to extinguish ourselves. The human race is clearly an evolutionary aberrant on a suicidal mission. Our planet is in the intensive care unit, approaching several terminal events.

Will we gradually burn and shrivel life on our wondrous Earth by emitting the ancient carbon stored over billions of years to drive our cars and power our industries, or will we end it suddenly by creating a global gas oven?

The International Energy Agency said recently that we only have six months left to avert the effects of global warming before it is too late. Earlier this year, the Bulletin of the Atomic Scientists moved its Doomsday Clock to 100 seconds to midnight, the closest it’s ever been.

In truth, the U.S. Department of Defense is a misnomer; it is actually the Department of War, Death, and Suicide. Hundreds of billions of dollars of U.S. taxpayer money are spent annually by corporations such as Lockheed Martin, Boeing, BAE Systems, and Raytheon Technologies Corporation to create and build the most hideous weapons of destruction.

Brilliant people employed by these massive corporations, mostly men, are deploying their brainpower to devise better and more hideous ways of killing.

President Donald Trump is right when he says we need to make friends with the Russians, for it is Russian bombs that might well annihilate the United States. Indeed, we need to foster friendship with all nations and reinvest the trillions of dollars spent on war, killing, and death, saving the ecosphere by powering the world with renewable energy including solar, wind, and geothermal, and planting trillions of trees.

Such a move would also free up billions of dollars that could be reallocated to such purposes as providing free medical care for all U.S. citizens, along with free education, housing for the homeless, and care for those with mental illness.

The United States needs to rise to its full moral and spiritual height and lead the world to sanity and survival. I know this is possible because, in the 1980s, millions of wonderful people rose up, nationally and internationally, in opposition to the arms race and the Cold War.

But what is the present reality in the United States?

There are 450 Minuteman III missiles operational on the Great Plains—in Montana, North Dakota, and Wyoming. In each missile silo are two missileers, who control and launch the missiles which contain one or two hydrogen bombs. Planes armed with hydrogen bombs stand ready to take off at any moment, and nuclear submarines silently plow the oceans ready to launch.

Both the United States and Russia have nuclear weapons targeted at military facilities and population centers. Nuclear war could happen at any time, by accident or design. The late Stephen Hawking warned in 2014 that artificial intelligence, now being deployed by the military, could become so autonomous that it could start a nuclear war by itself.

This threat is largely ignored by politicians and the mainstream media, who continue to practice psychic numbing as we stumble blindly toward our demise.

How come the physicists, engineers, and military personnel who have laced the world with nuclear weapons ready to launch never factored into their equations the probability that an immature, petulant man-baby could hold the trigger for our destruction in his hands?

Helen Caldicott is a pediatrician and founder of the 1978 iteration of Physicians for Social Responsibility, which won the 1985 Nobel Peace Prize as part of International Physicians for the Prevention of Nuclear War.

Sign up for The Progressive: A Voice for Peace, Justice and the Common Good