The Mexican actor and director Diego Luna has persuaded experts to join him on a new TV show to talk, eat and, hopefully, examine their own beliefs and prejudices 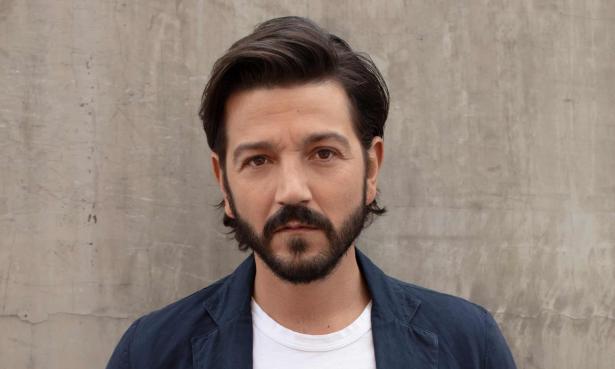 Diego Luna: ‘The idea behind the show is how can you listen to someone who might not think the way you do?’, Photograph: Gustavo García-Villa/Amazon/La Corriente del Golfo

“Give them bread and circuses, and they will never revolt.” This cynical observation about the docility of the population in the face of provocation from government could as easily apply to ready meals and television as the amphitheatre with which Juvenal, the Roman poet to whom the phrase is attributed, was familiar. But for Diego Luna, the Mexican actor, producer, director and activist, it sparked an idea of how to examine the ills of his country.

His new Spanish-language show, Pan y Circo (Bread and Circus), which debuts on Amazon Prime today, is built around a simple concept – gathering disparate, expert voices on a variety of pressing topics, and giving them the floor. Or, in this case, the table.

Luna says that his years in the entertainment industry, beginning in the early 90s and including everything from the indie hit Y tu Mamá Tambien in 2001 to a Star Wars blockbuster a decade and a half later, have given him the “luxury” of having the right people return his calls. It has allowed him to produce Pan y Circo, a daring, confronting project, and, he says: “To have the possibility to sit these people down and make sure somebody listens, while I listen. That, to me, is the beauty of this project.” 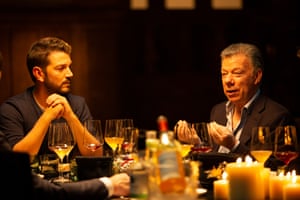 Luna with Juan Manuel Santos, president of Colombia from 2010-2018 and recipient of the 2016 Nobel peace prize, on Pan y Circo. Photograph: Gustavo García-Villa

Pan y Circo gives Luna, a long-time activist, the opportunity to tackle several difficult topics from a Mexican perspective, including femicide – the country has one of the highest rates of murder for women anywhere in the world – as well as drug prohibition, immigration, identity and racism. But Luna insists that, despite the Mexican point of view, all the subjects broached are truly universal.

He says the episode on identity – made amid the growing awareness of systemic racism in Mexico, the US and further afield, but before the most recent Black Lives Matter global protests – was particularly jarring for him. “It confronted me. I sat down and said: ‘Well, I’m not a racist, but by listening to these people I realised how much I benefit from a racist system, how much I’ve benefited my whole life.

“To actually be ready to do something, you have to first let the transformation happen in you. What is clear is that, today, we have all learned to interact or co-live with levels of violence, of injustice, of inequality, of corruption, of impunity that are horrible. And we accept that this is something that can be real, that can be, in fact, our present. How do we adjust this in our heads so that we don’t get frustrated, or affected by it, we manage to keep going.”

He laughs. “And there’s Donald Trump, you know? And he’s still there.”

Luna believes the dining table is a natural setting for discussing weighty topics, and drafted in some of the country’s finest chefs to create menus that would stimulate the conversation. “It’s interesting how food can trigger a connection because you and I, we might think different, we might believe in different stuff, we might have different politics, but what we can definitely do is share a piece of bread, share a dish. Food brings us together in that way.”

His goal, he says in the show, is to bring people to the “centre of the table,” where they can examine their own beliefs and maybe prejudices, and hopefully learn to appreciate others’ viewpoints. “There is no room for grey areas, there’s no room for nuances, it’s interesting how little we’re willing to listen. We’ve created a room where everyone is shouting at the same time and no one is actually paying attention. The idea behind the show is: how can you listen to someone who might not think the way you do?”

The host and his collaborators were in the process of wrapping the show earlier in the year when the pandemic struck, throwing off the release schedule and forcing him back to Mexico City from London, where he was working.

His children had contracted Covid-19, he says, and while he could be near them in the Mexican capital, he was unable “to completely be there for them. It was kind of a mess and I was in a weird emotional state. I remember talking to everyone on the team and saying: ‘Why are we talking about putting these out?’”

The solution, they realised, was to create an extra, seventh episode focusing on the effects that the pandemic had on the topics the other episodes tackled. “When the pandemic arrived, we realised that these issues were crucial and so much more pertinent to these causes now … [for example,] what does it mean, ‘stay home’ if your aggressor is in that home?”

The series is a natural progression from another of his passions – documentary film. His Ambulante festival, which he founded with his longtime co-star, collaborator and friend Gael García Bernal, celebrated its 15th anniversary this year, in muted form, with an online version (“We’re saving ourselves for that party once we can hug each other,” he says). It has transformed how audiences see documentaries in Mexico, taking them from “some boring show that shows at 2am on the government channels” to a multifaceted touring festival that brings films, as well as an attendant collection of panels, workshops and concerts, to towns and cities across Mexico.

“It is amazing, it has grown and changed, and I think audiences somehow have helped shaped the festival into what’s needed.”

He says there is an increasing acceptance from audiences for diversity across the board – not only in what they watch, but how they watch it – and thinks the proliferation of streaming services has made it easier for a diversity of voices to be represented, including Latino and Latinx. He is proud that his work with the Spanish-language Netflix hit Narcos Mexico has been part of the push for a wider representation onscreen. 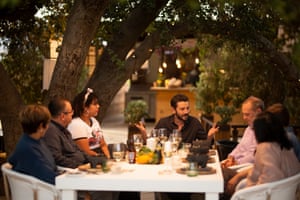 “The idea of having more outlets for stories to come out has benefited the specificity of the stories. It’s still a challenge, but not the same as before. Shows like Narcos make that clear. If audiences get hooked, they’re willing to make an effort. I think that is what audiences are starting to look for, this attention to specificity, where you want to be able to see something that is unique and exists and connects you to something else.”

Anglophone audiences may be more familiar with Luna’s turn as Cassian Andor, the taciturn, do-whatever-it-takes intelligence officer of Rogue One: A Star Wars Story, and fans can look forward to the Mexican actor reprising his role in an upcoming Disney+ prequel TV series centred around his character.

The global health crisis temporarily derailed the production, but Luna says that, while things are getting back on track with the series, he feels that the pandemic has changed his perspective. “Shooting is starting around the world, so slowly we’re going back, but there’s no rush. To me, what this pandemic brought to my attention is that there [are] priorities. We have to be cautious and we have to be wise on when and how to go back.

“And the how is the most important, because if we go back to be who we were, we’ve wasted our opportunity, we wasted a major opportunity of rethinking and reinventing much of the stuff we believed was crucial and essential that clearly is not.”