The digital divide will deprive poor kids of education in the pandemic; Remembering Lorenzo Milam; The tech cold war with China, and more media and tech reports 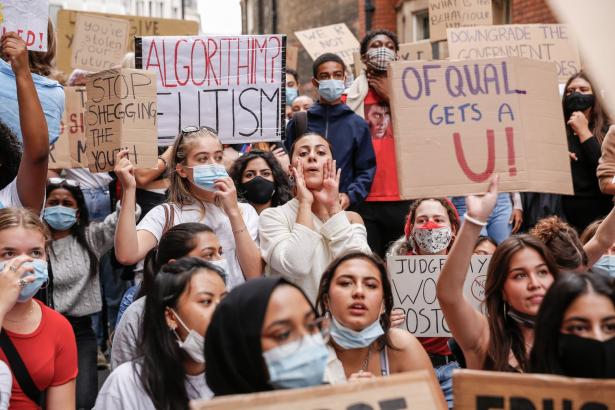 Youth protests in front of the Department for Education in London over algorithmic exam grades, August 16, credit: Dominika Zarzycka/NurPhoto/PA Images

The Digital Divide in Education

As coronavirus forces many schools online this fall, millions of disconnected students are being left behind.

By Emma Graham-Harrison and Alex Hern
August 19, 2020
The Guardian

Websites spreading misinformation about health attracted nearly half a billion views on Facebook in April alone, as the coronavirus pandemic escalated worldwide, a report has found.

The backlash against how an algorithm was used to decide people’s exam results and the unevenness of the outcomes for people from different backgrounds gives us an insight into the ongoing tussle over our algorithmic future.

TikTok sued the US government on Monday over an executive order that would ban the popular short-form video-sharing app in the United States. It was the app’s strongest opposition yet in an escalating battle with Trump.

As the U.S.-China “tech war” widens, investors are betting on China’s efforts to replace U.S. technologies with indigenous applications to run networks in the state sector.

Calling out your colleagues on Twitter can get results. But it also has risks.

Lorenzo was in large part responsible for creating a national movement that launched hundreds of grassroots radio stations, touched thousands of lives and warped the shape of public broadcasting forever.