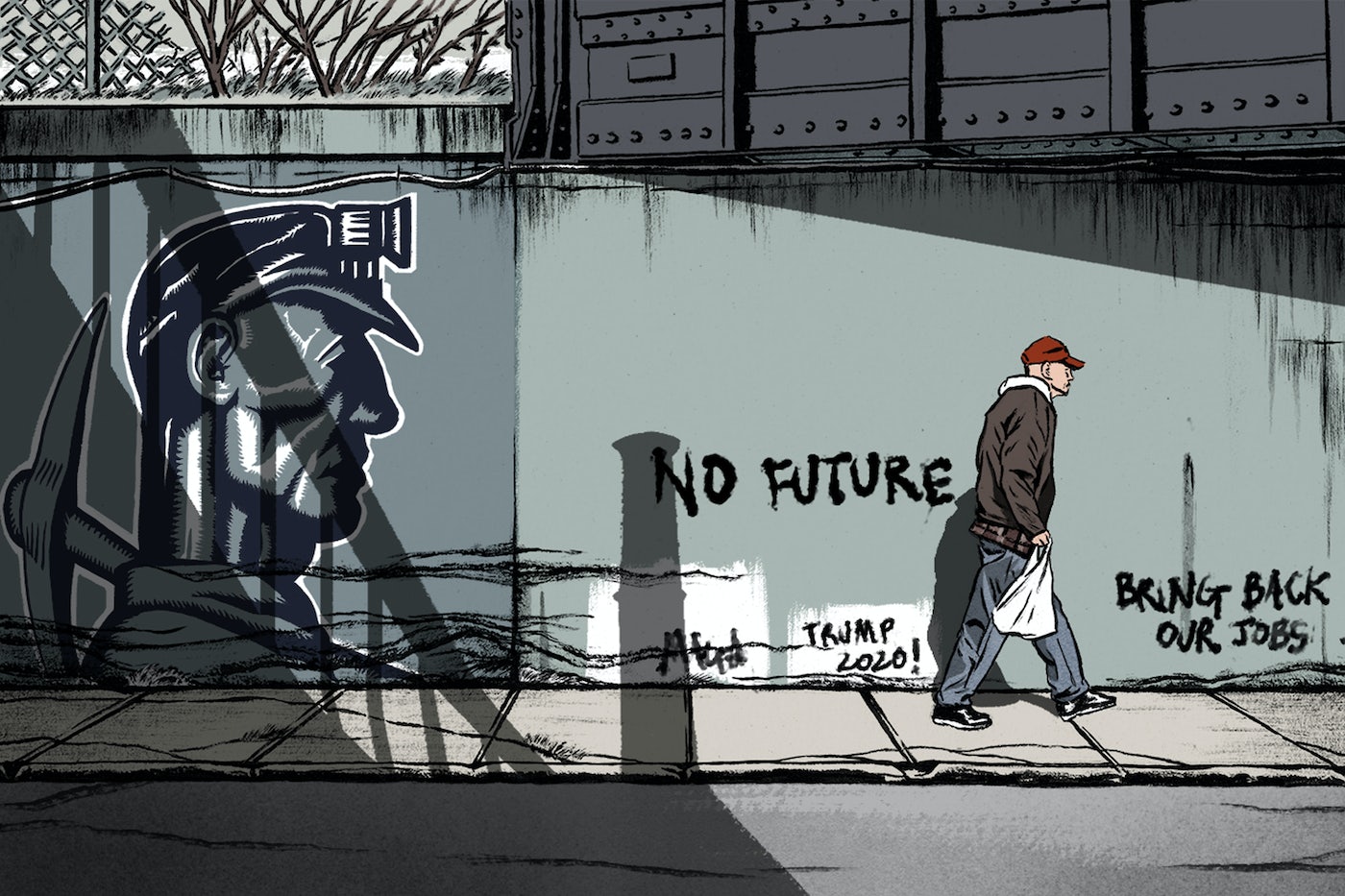 For decades, workers, millions of them—steelworkers and social workers, truck drivers and teachers—have been flooded with labor union phone calls and flyers every four years. But for many of them, when they retired or their factories closed or their unions shriveled due to attacks from Republicans like Scott Walker, the calls and door knocks stopped.

Steve Rosenthal, a respected Democratic strategist and former political director of the AFL-CIO, believes that this was a major reason Donald Trump won the 2016 election. According to his calculations, Hillary Clinton received 425,000 fewer votes from Michigan union households than Al Gore did; it was that decline in union turnout that torpedoed her there, as well as in Pennsylvania and Wisconsin. Eager to make sure that history doesn’t repeat itself in those states, Rosenthal has founded an innovative new project called Union 2020 that aims to persuade former union members to back Joe Biden. With $6 million from liberal PACs and unions—including two of America’s largest teachers’ unions, the Communications Workers, SEIU, and AFSCME—the group is sending out hundreds of thousands of emails and flyers, as well as sponsoring Facebook pages and ads, to make the case that Biden, unlike Trump, is a loyal friend of workers.

Rosenthal wants to educate people about Biden and to humanize him. One of these flyers shows Biden in a 1967 Chevy Corvette that he still owns—his father gave it to him as a wedding present—along with a section on how he led “the negotiations that rescued the auto industry and saved millions of jobs as Vice President.” The goal is to convey that Biden understands workers and their struggles—this is a man whose father went through difficult stretches of unemployment when Biden was young, and whose wife, Jill, teaches at a community college and worked as a waitress on the Jersey Shore while a teenager.

Union 2020 has compiled a list of 400,000 former union members as well as 700,000 other voters in Michigan, Wisconsin, and Pennsylvania, who, according to various databases, sympathize with workers and unions. It’s already bombarding them with information, confident that they can be nailed down for Biden, and Rosenthal hopes to attract millions more in donations, so that his organization can reach another 2.3 million voters before November.

“This program is simply genius,” said Ron Bieber, president of the Michigan State AFL-CIO. Maria Peralta, the SEIU’s political director, said Union 2020 “really fits into our overall theory to win, which is we need a multiracial coalition to win—to engage voters and expand the electorate in communities of color and reengage union members and former union members who moved away from the Democrats in 2016.”

As Rosenthal told me, “Unions were successful over the years in creating an echo chamber that gave workers, their families, and coworkers the space to support the Democratic candidate for president. They were hearing things from their union. They were getting materials and phone calls. Over the years, that changed. The people who have taken over the echo chamber—the loudest people in workplaces and bars tend to be Trump people, and then there’s the megaphone of Trump’s tweets, Fox News, and Sinclair Broadcast Group. Part of what we’re trying to do is take back that echo chamber.”

Senator Sherrod Brown of Ohio calls Union 2020 “really important” and says he hopes it will expand into Ohio (although Rosenthal doesn’t currently have the money to do so). “If you go after these people the right way,” Brown said, “you win those three states easily, and you might also win Ohio.” Rosenthal, for his part, argues that Democrats need to focus on Michigan, Pennsylvania, and Wisconsin before worrying about states like Texas or Arizona. “If the union movement can do what it used to be able to do and mobilize its members in those three states and keep union supporters and former union members informed, that’s a game changer,” he said.

Union 2020 may not succeed at bringing all these important voters into the Biden fold, but considering how minuscule Trump’s victory was in Michigan, Pennsylvania, and Wisconsin, every little bit can help—and perhaps be pivotal.

Steven Greenhouse covered labor for The New York Times for 19 years. He is author, most recently, of Beaten Down, Worked Up: The Past, Present, and Future of American Labor.