Financial Pain From the Pandemic 'Much, Much Worse' Than Expected

According to a recent poll at least half of people in the four largest US cities have experienced job loss, and/or reduced wages and hours due to COVID19. The greatest problems are found in Black and Latino households. And it's going to get worse. 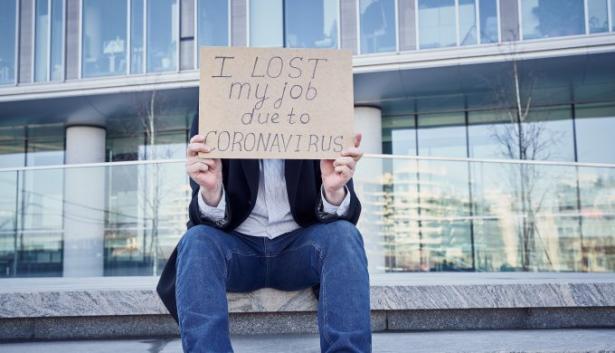 Even as Senate Republicans block a major new economic relief package, it is clear the previous $2 trillion relief bill failed to help as many people as expected., envato elements

In America's four largest cities, at least half of people say they have experienced the loss of a job or a reduction in wages or work hours in their household since the start of the coronavirus outbreak. That's the finding of a new poll published Wednesday by NPR, the Robert Wood Johnson Foundation and the Harvard T.H. Chan School of Public Health.

Many of these problems are concentrated among Black and Latino households in the four cities, according to the poll, which gathered responses from July 1 through Aug 3.

Nationally, the NPR poll finds very substantial proportions of households reporting that their savings have been depleted by the pandemic (if they had any savings to start with) or that they have fallen behind on housing payments or have had problems paying debts and/or utility bills.

"Before federal coronavirus support programs even expired, we find millions of people with very serious problems with their finances," says Robert J. Blendon, a poll co-director and executive director of the Harvard Opinion Research Program at the Harvard Chan School. "And it's going to get worse because there is nothing for the people we surveyed who earn under $100,000 a year to fall back on."

Blendon says the Harvard team expected to find substantial economic damage because of the unprecedented shutdown of the economy, "but this is much, much, much worse than I would've predicted."

"This is what I would expect without a national emergency relief bill," Blendon says. "We had a $2 trillion relief bill to lift people up and put a pillow under them. But it is not helping nearly as many people as we had expected."

Debate over an additional federal financial aid package resumed this week as Congress returned from its weekslong summer recess. Much of the economic relief provided by the federal government expired this summer.

On Tuesday, Senate Majority Leader Mitch McConnell announced he was introducing a "targeted" coronavirus relief bill; the Senate is expected to vote on the measure Thursday. It is unlikely that his scaled-down package will garner the 60 votes needed to advance in the Senate.

Democrats continue to push for a broader package, which would include money for state and local governments — funding Republicans have resisted adding. Democrats in the House initially proposed a more than $3 trillion supplementary relief package but have since scaled that back by about $1 trillion during negotiations.

Beyond serious financial problems, majorities of households with children in the four cities report "serious" problems with caregiving. Such difficulties include finding physical activity spaces with enough distance from others or keeping children's education going.

"It's not just that these households are struggling to keep their kids' education going — they are also struggling with almost every other aspect of managing their children's lives," says Mary Gorski Findling of the Harvard Chan polling team.

Our survey also looks at the ability to get health care during the pandemic — after many reports of Americans putting off or being unable to get care.

We find high rates of households in the four cities have been unable to get medical care or have delayed needed health care (ranging from 19% in New York City to 27% in Houston), with over half saying that this has led to negative health consequences (ranging from 55% in Chicago to 75% in Houston). There were multiple reasons given, with many reporting that they could not find a doctor to see them, as hospitals around the U.S. have delayed or canceled medical procedures to focus resources on treating COVID-19.

In New York City, where hospitals and intensive care units were massively overcrowded for weeks this spring, 19% of people say at least one member of their household has been unable to get medical care for a serious problem when they needed it during the pandemic.

And more than half (59%) of those households say they suffered negative health consequences because of the lack of care. And among the 9% of households in the city who say they were unable to get timely surgeries or procedures done for important health problems during the epidemic, 56% report negative consequences.

Additionally, those who report having someone in the household working in the health care field express serious concern about their safety on the job. In all four cities, majorities of households with health care workers express serious concerns about their safety in regards to the coronavirus at work, including more than three-quarters of those in Los Angeles (78%).

This comes as sizable shares of households are living with people who are at high risk for developing serious illness from the coronavirus because of their age or underlying medical conditions. In Los Angeles, it's nearly half (48%).

Nationally in our survey, beyond the four largest cities, 46% of people report serious problems with finances in their household during the pandemic. The poll was also able to capture snapshots from those four biggest cities at different stages of the months-long coronavirus pandemic — cities that have had a range of public health responses to the virus.

For example, in Houston, where the epidemic peaked in July, about 4 in 10 households (41%) report using up most or all of their savings. Another 19% say they didn't have any savings to begin with. That means about 60% of Houstonians were either flat-out broke by early August or nearly so.

We also found a bigger impact on employment than other surveys have indicated. Some 57% of Houston households report that someone in their household lost a job, lost a business, has been furloughed or has had wages or hours reduced since the start of the coronavirus outbreak. These households report serious financial problems in even greater numbers

When our poll was being conducted in July and early August, Chicago had escaped, somewhat, the intense surges of coronavirus cases of the other three cities in our survey. But later in August, that changed and the city is now on track for a peak in September of several hundred new cases per day. The city, along with nearby suburbs, is considering implementing tighter restrictions again to prevent the surge from getting out of control.

Even though Chicago has been less affected than the rest of the country, the city's economy suffered, as did the whole country, from virus-related shutdowns and restrictions this past spring and into summer.

Our poll captured Chicago on the brink of the coming surge. As we saw nationally and in the other cities, about half of Chicago households report losing jobs or wages since the start of the coronavirus outbreak. More than two-thirds (69%) of those with job or wage losses say they are having serious financial problems, including an impact on savings as well as on the household's ability to pay bills, including mortgage or rent.

We will have more results from this poll in subsequent weeks this month.

[Joe Neel is NPR's deputy senior supervising editor and a correspondent on the Science Desk.]