They spearheaded the breakthroughs in the ’70s; saw the damage of the ’80s; witnessed Nader’s role in ’00 and Jill Stein’s in ’16. Now, they have thoughts to share. 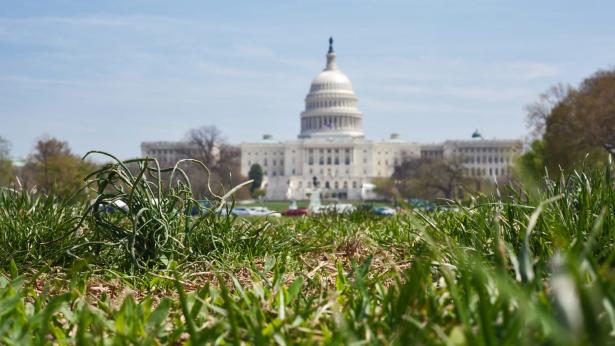 A group of some of the most revered and longest-active environmentalists issued a dire warning to the next generation of activists on Monday: Don’t vote for the Green Party this year. And don’t sit out the election either.

The warning, coming in the form of a letter signed by more than 170 top environmental leaders, is an explicit recognition that third-party voting—including from within their own community—has tipped presidential elections in the past. It’s also a plea to those who remain on the fence about Joe Biden, or who believe that they should cast a protest vote for someone else, that the stakes are simply too high.

“Angry right-wing voters and liberal absentees put Trump in the White House in 2016,” the letter reads. “In 2020 the same unholy team could keep him there. Progressives who vote for the Green Party candidate, or write in Henry David Thoreau, or refuse to vote at all for lack of an ideal choice will give Donald Trump precisely what he wants, and enough such pious gestures will produce catastrophic results.”Warnings like these have become fixtures of election cycles ever since 2000, when Ralph Nader’s presence on the ballot likely cost Al Gore critical votes in Florida. In 2016, NextGen Climate, an environmental group that backed Hillary Clinton’s election, ran ads pleading with voters who cared about climate change to not take teh Libertarian candidate, former New Mexico Governor Gary Johnson, seriously. President Barack Obama bluntly declared in one radio interview: "If you vote for a third-party candidate who's got no chance to win, that's a vote for Trump.”

What’s different in 2020 is the fresh proof of Obama’s argument. The margins by which Trump won the three critical Midwest states—Michigan, Wisconsin and Pennsylvania—were all smaller than the total vote counts for Green Party candidate Jill Stein. And for those who have been in the trenches of environmental battles over the past five decades, the risk of it happening again are petrifying.

“If you don’t get somebody in office that you can work with, then protests and demonstrations don’t make a difference,” said Earth Day founder Denis Hayes, a letter signatory. “I’d much rather have somebody I can work with than a symbolic vote.”

“There is a strong motivation among disillusioned radical young people to vote third party now or sit out the election,” added Peter Harnik, the coordinator of Environmental Action, a pioneer activist environmental organization. “We felt like we've been there and done this in the past. This is not the election to make a purity statement.”

Hawkins, a Syracuse, New York, resident who has run 24 times for office and lost all 24 of those runs, has defended himself from accusations that he’s playing the role of spoiler by arguing that Biden alone deserves blame for progressives not being drawn to his candidacy.

In an interview on Sunday, Hawkins was asked how he would feel if he woke up the day after the election to see that Biden had lost and that the margin by which he'd fallen short in key states was smaller than the number of votes Hawkins himself had won.

"I'd be disappointed that Biden didn't get his base out," he replied. "Right now, you look at the polls, Trump is toast. And what is Biden saying? He's Uncle Joe. He's not Trump but what policy is he a champion of?

Hawkins conceded that Trump would be worse for environmentalists than Biden (though he called the latter's plan "the least evil"). He also acknowledge that he had no chance of winning. But he said he did not fear being a spoiler.

"If all the people line up behind Biden without making demands," he explained, "Democrats will think they have us in their back pocket."

The signatories of Monday’s letter say that such thinking is stubborn and reductive. And they’re pointing to their own credentials—from organizing the biggest activist movements of the ’70s, to staffing key government agencies, to building up top-flight organizations—to make the case that people at the vanguard of the current climate change fights should recognize that progress can only be made with one candidate in office.

“There is no environmental problem we faced when Donald Trump assumed the presidency three-and-a-half years ago that is in any way better today. If anything, they will get worse,” said Diane MacEachern, a bestselling author and longtime activist in the anti-nuclear weapon, and climate change advocacy space. “We can either try and put out the fire or we can fan the flame.”

Biden’s environmental agenda would, if enacted, be the most sweeping set of reforms in U.S. history. He has pledged to reenter the Paris climate agreement, promised a series of executive actions that would reverse Trump’s deregulation initiatives, and proposed transitioning the U.S. to a “100 percent clean energy economy and reaches net-zero emissions no later than 2050.” He has called for trillions of dollars to be invested in items like climate-conscious infrastructure projects and energy grid overhauls. And during his convention, he pointed to climate change as one of the four existential crises confronting the country—the other three being COVID, the economy, and racial injustice.

But the former VP has not gone as far as other Democrats, including those he ran against in the primary. He has called the Green New Deal—an ambitious, disruptive overhaul of the nation’s economy—a framework for what he wants to do. But he has notably stopped short of endorsing its text. And, more recently, he has publicly declared his opposition to an outright ban on fracking.

Those positions have fed far-left distrust of his candidacy. As has the larger perception that he is a political accommodationist, who would be more likely to cut a deal for a moderate climate bill than hold out for something that matches the severity of the current crisis—one that has been underscored by raging wildfires out West and twin hurricanes recently hitting the Gulf Coast.

Monday’s letter doesn’t try to paint Biden as some sort of revolutionary on this front. Instead, it praises his time as vice president and applauds his plans to arrest the damage to the environment currently taking place, all while acknowledging that there will remain work to do.

“Sure, he isn’t perfect. Which of us is?” the letter reads. “But in the 2020 election, the most crucial since 1864, we have only two meaningful options: We can make a lifetime humanitarian our president, backed by an able cabinet and a progressive Congress; or expand the strongman rule of Donald Trump, who desecrates his office every day, spreads racism and a fatal virus for political gain, ignores environmental justice, embraces the fossil fuel industry, and calls the climate crisis a hoax.”

Ultimately, the letter’s signatories argue, elections like these are binary. And while the choice is between two candidates, it’s also between tactical visions. The question, in essence, is does the environmental movement want to be banging at the door of government for the next four years  or does it want to have a seat at the table.

“You get them elected,” said Hayes, “and then you pound the hell out of them.”

Sam Stein is the Politics Editor at The Daily Beast and an MSNBC contributor. Send him a tips at steindailybeast@gmail.com, or tips@thedailybeast.com. You can also use our anonymous document submission system, SecureDrop. Click here to find out how.