The differences in unemployment levels reflect dramatically contrasting philosophies about the role of government and public policy—dare we say even opposing moral perspectives. 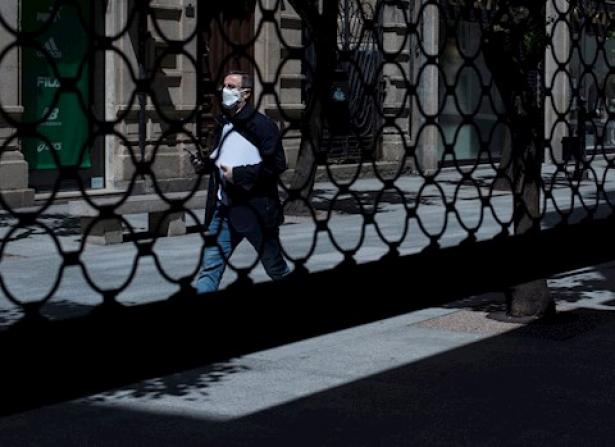 Some 42 million European Union workers, one in four, have been affected by temporary layoffs due to the coronavirus pandemic,

The United States faces its greatest unemployment crisis since the Great Depression in the wake of the economic wreckage of the coronavirus pandemic.

Not so in Europe.

The differences in unemployment levels reflect dramatically contrasting philosophies about the role of government and public policy—dare we say even opposing moral perspectives.

European countries generally responded to the pandemic by taking steps to help companies keep workers on their payroll.

On the other hand, in the United States, the federal government allowed mass layoffs to occur while providing temporary unemployment insurance benefits to the affected workers–and largely doing nothing to guarantee that they will be able to return to their jobs once the pandemic is over.

Throughout Europe, governments are helping companies keep their workers on payroll with subsidies that cover anywhere from 60 percent to 90 percent of their wages. Essentially, the affected workers are on paid furlough.

Germany’s Kurzarbeit system in which the government pays most of the salary of laid off workers for up to 12 months during an economic downturn has served as the model for the response of European governments to the coronavirus economic crisis.

Germany adopted the program during the Great Recession more than a decade ago. The system allows companies to furlough workers or deeply reduce their salaries while officially keeping them on the payroll.

During the financial crisis of the late 2000s, the Kurzarbeit system meant that companies could retain workers with fewer hours as the government covered the cost of the reduced paychecks of workers. Germany’s unemployment basically remained the same as the unemployment rate in other European countries skyrocketed.

Today, Germany is covering up to 67 percent of workers’ salaries to avoid job losses. France pays 70 percent of the gross earnings of workers whose hours are cut or totally eliminated. The Irish government covers up to 85 percent of the pay of furloughed workers. The United Kingdom is paying as much as 80 percent. The Netherlands is paying for 90 percent of wages.

All told, 35 million workers in the continent’s five largest economies—German, France, the U.K., Italy and Spain—count on government support to make up for their lost wages.

By relying on the unemployment systems of its 50 states to support laid off workers, the United States has in effect cast millions of workers into a harsh state of joblessness with an uncertain future. Many workers fear their jobs will disappear.

The United States has principally addressed the country’s mass layoffs by providing unemployment benefits for 26 weeks.

A component of CARES, the Paycheck Protection Program, is similar to the European response. It provides loans to participating small companies to keep workers on payroll during the economic crisis.

But critics charge that the program is woefully underfunded.

The initial $350 billion provided for the program was exhausted quickly, leading the federal government to allocate an additional $310 billion for the program. Viral Acharya, an economics professor at New York University, estimates the federal government would need to spend up to $1.5 trillion to cover three months of payroll for all small businesses.

Small business owners have complained that loans are difficult to obtain. What’s more, an investigation by the Associated Press found that 94 publicly traded companies received $365 million of the assistance meant for small businesses. These included companies with thousands of employees and market values of well over $100 million. A quarter of the companies had disclosed to investors before the coronavirus that they were in danger of going out of business. The government adopted a sensible policy with the airline industry, thanks to union pressure to make a $25 million bailout contingent on the agreement of companies not to carry out layoffs.

“The unemployment crisis in the United States clearly could have been avoided if our government followed the path of Europe of helping companies keep their workers on their payroll,” observed Trudy Goldberg, chair of the National Jobs for All Network, a full-employment advocacy group.

“The mass unemployment is a tragedy that shows what a poor safety net we have in the United States. This is why—whether you are talking about addressing mass employment or solving structural unemployment—we believe government should play a greater role in our society and why we support sensible public policies like the federal jobs guarantee.”

A version of this article appeared in the September 2020, issue of The Jobs for All Newsletter, which is available here.