Netflix announced the forthcoming movie adaptation of JD Vance’s reactionary, victim-blaming book Hillbilly Elegy yesterday. But why would anyone seek answers about life in Appalachia from a right-wing former venture capitalist? 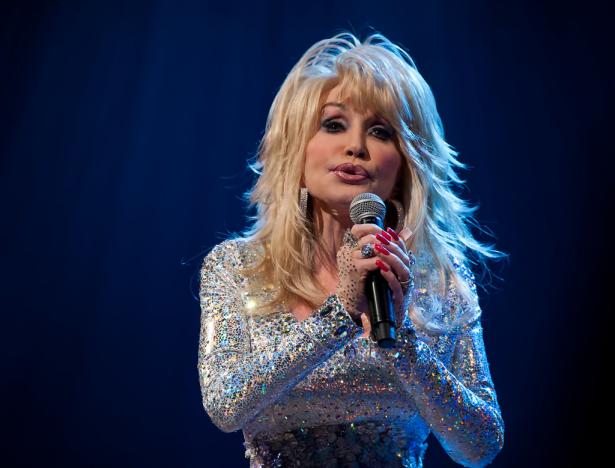 Netflix announced the forthcoming movie adaptation of JD Vance’s reactionary, victim-blaming book Hillbilly Elegy yesterday. But why would anyone seek answers about life in Appalachia from a right-wing former venture capitalist, when they could put on a Dolly Parton record instead?

Netflix announced a new movie yesterday, Hillbilly Elegy, based on JD Vance’s memoir of the same name and dropping November 24. The book is not good, as Bob Hutton has explained. But interest in the book, and now surely the movie, speaks to a curiosity from large swaths of the country about what the hell goes on down there in the South, in Appalachia, in the foothills of those smoke-covered mountains.

I have no clue why anyone would seek out answers to such questions from JD Vance, a right-wing venture capitalist, when Dolly Parton exists and has been singing about the realities of life in Appalachia for more than five decades.

Yes, we know Dolly because she gave us the all-time classics “Jolene” and “9 to 5,” a class-conscious karaoke favorite. (“It’s a rich man’s game, no matter what they call it, and you spend your life putting money in his wallet,” she sings). We know her because Whitney Houston tore us up with her version of “I Will Always Love You,” which Dolly wrote — on the same day as “Jolene,” no less.

Dolly is a hitmaker. Even in her seventies, she performs and delivers. She’s been in the music business since she was eighteen, when she moved to Nashville to try to become a singer. She’s written and sung hit after hit after hit.

She’s also somewhat of a philanthropist. She runs a program that delivers books to children from the time they are born to the time they begin school. It started in 1995, in Sevier County, Tennessee, where Dolly grew up; it expanded to the entire state of Tennessee in 2004; and, as of last year, it includes Canada, the UK, Ireland, and Australia. In 2017, after fires ravaged the East Tennessee city of Gatlinburg, Dolly started a fund that gave monthly thousand-dollar checks to almost a thousand families affected by the fires for six months. By the final month, the fund had raised so much money that the final check received by the families was for $5,000.

Benevolent rich people can never be a substitute for a real welfare state. Still, at this point, Dolly may be better at emergency relief than the US government.

Dolly knows her audience intimately. She knows them, and knows us, because she is us, has been us. When she sings that “you’re just a step on the boss man’s ladder,” it’s because she’s been that step, too.

Dolly was born to a woman who was a mother of twelve children by age thirty-five and a man who was an illiterate sharecropper who eventually managed to tend his own farm. She worked as a singer from an incredibly young age, singing on local radio stations and playing on a homemade guitar. Her family was, in her own words, “dirt poor.” Through her mother’s creativity and, stereotypically, religion, they were able to hold on to some of their humanity.

Dolly’s 1973 album My Tennessee Mountain Home captures the twin struggles of holding on to life through the daily grind of poverty and of doing everything possible to escape that grind. Fittingly, the first song is not a song at all, but a reading of the first letter she wrote to her family after leaving Pittman Center, Tennesse, to try to make it in Nashville:

On its surface — literally, the cover art is a photograph of the Parton family’s one-room wood cabin in Pittman Center, — My Tennessee Mountain Home is an autobiographical concept album about Dolly’s childhood in Sevier County. But in these personal tales, it’s easy to find the universal experience of growing up poor, working-class, lonely, and with a dream you’re not sure will come true. (In this way, Dolly Parton and Bruce Springsteen are not so different.) 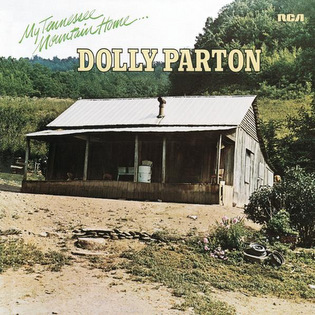 The cover of Dolly Parton’s 1973 album, My Tennessee Mountain Home.

In “Daddy’s Working Boots,” Dolly sings, “My dear hard-workin’ daddy works his life away for us,” and it is not lament, but a fact — this is what life is. After describing the physical toll that work took on her father’s body, she brings us back into that too-large-to-see, too-large-to-escape cage of work: “As long as I remember, I remember Daddy workin’.”

My Tennessee Mountain Home has at its heart an incredible specificity that is so characteristic of good country music. There’s that sad, longing letter; there’s the song about Dr Robert F. Thomas, who delivered babies, including Dolly herself, all across East Tennessee; there’s the one about the old black kettle Dolly’s mother cooked on, hunched over an old stove “she had since she was wed.”

It’s easy to imagine life in that house on the cover, where Dolly and her eleven siblings “talked as kids / Of what we’d be when we got big / And all the dreams that we held in our minds / I wanted to be a singin’ star / And you all said that I’d go far / But that was in the better part / Of life we left behind.” It’s also easy to spin out our own stories from Dolly’s, to see ourselves in that struggle, to understand life in Appalachia as not so far removed from ours, even if we’ve never lived it.

And we can do it because Dolly has let us in, has understood something in her life as worth sharing — not because it has some special lesson about hard work and the need for personal responsibility (looking at you, Vance) — but because it is simply human.

So while JD Vance, and now Ron Howard through Glenn Close and Amy Adams, might have something to say about how backward this part of the country is — how the problem is a lack of culture, how Tennessean “hillbillies” might be irredeemable — Dolly Parton has been proving them wrong for decades.

Marianela D’Aprile is a writer in Chicago. She is a member of the Democratic Socialists of America’s National Political Committee.