This week, the 70,000 member Rochester AFL-CIO Labor Council became the first regional AFL-CIO body in the United States to call for a General Strike if Trump does not respect the outcome of this year’s election. 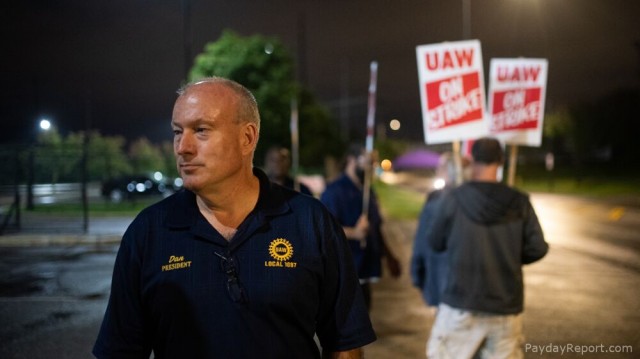 This week, the 70,000 member Rochester AFL-CIO Labor Council became the first regional AFL-CIO body in the United States to call for a General Strike if Trump does not respect the outcome of this year’s election.

Rochester AFL-CIO President Dan Maloney, who in the fall of 2019 helped lead a 6-week-long strike at GM in Rochester, said the Council hoped the resolution would spark a national conversation.

“We hope to encourage other labor groups and get the discussion started now about possible action strategies if Trump and his supporters do not follow the Constitutional transfer of power,” said Maloney. “The voice and vote of ‘We the People’ must be respected.”

The call for a General Strike comes at a time when high strike activity levels, a result of the pandemic and the growing energy of the Black Lives Matter movement, have not been seen since the end of World War II. According to Payday Report’s Strike Tracker, there have been at least 1,160 strikes since March 1 of this year.

The National AFL-CIO did not respond to requests for comments if they plan to strike if Trump doesn’t respect election results. However, in Rochester, workers say they are beginning to prepare a strike that would help push Trump from power. A General Strike could hurt the bottom line of many large corporations, putting corporate pressure on Trump to leave office.

“The extreme risk currently posed to the historic institutions of democracy in our nation may require more widespread and vigorous resistance than at any time in recent history,” said the Rochester Labor Council in a statement. “The most powerful tool of the Labor Movement in our history has been the power of the General Strike.”