With the Senate set to vote on Monday on the nomination of Judge Amy Coney Barrett to fill the vacancy left by the death of Justice Ruth Bader Ginsburg, there could be nine justices to consider, and eventually vote on the renewed lawsuit. 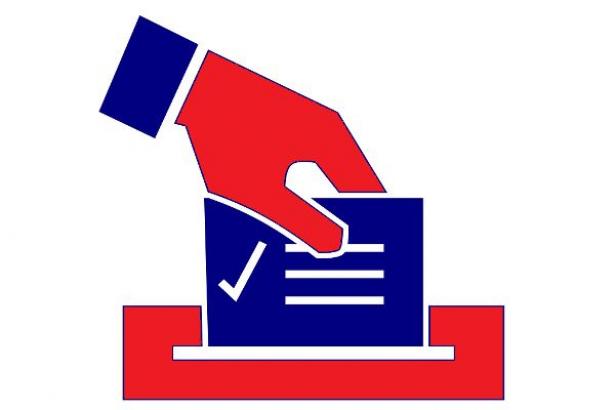 Four days after the justices left in place a ruling by the Pennsylvania Supreme Court that requires election officials in that state to count mail-in ballots received within three days after Election Day, Nov. 3, Pennsylvania Republicans returned to the Supreme Court. This time, rather than asking the court to put the state supreme court’s ruling on hold, they asked the justices to rule on the merits of the case – and to do so before Election Day. And with the Senate set to vote on Monday night on the nomination of Judge Amy Coney Barrett to fill the vacancy left by the death of Justice Ruth Bader Ginsburg, there could be nine justices to consider, and eventually vote on, the Republicans’ request.

The dispute now back before the Supreme Court began when the Pennsylvania Democratic Party filed a lawsuit that challenged parts of the state’s absentee-ballot system in light of the COVID-19 pandemic. Relying on a provision in the state’s constitution, the Pennsylvania Supreme Court extended the deadline for mail-in ballots until Nov. 6. Ballots that are clearly postmarked after Election Day would not be counted under the Pennsylvania court’s ruling. Ballots postmarked on or before Election Day, and ballots with no postmark or an unclear postmark, would be counted if received by the new deadline.

Republican legislators and the Pennsylvania Republican Party asked the justices on Sept. 28 to put the Pennsylvania court’s ruling on hold. They argued that the portion of the ruling allowing unclear postmarks would result in the counting of some ballots that are actually sent after Election Day, thereby violating federal election law and the U.S. Constitution.

The eight-member court denied the request on Monday. Four of the court’s conservative justices indicated that they had voted to grant the Republicans’ request and block the state court’s decision. That was one short of the five votes that the Republicans needed, which means that Chief Justice John Roberts voted with the court’s three more liberal justices – Stephen Breyer, Sonia Sotomayor and Elena Kagan.

The Pennsylvania Republican Party returned to the Supreme Court on Friday. Noting that the state itself, in its earlier briefing, had asked the justices to issue a ruling on the merits of the dispute “as soon as practicable,” the GOP observed that other states are considering similar extensions for mail-in ballots. The Supreme Court’s “timely intervention,” the GOP wrote, “could provide desperately needed clarity and help states avoid the sort of last-minute changes in election rules this Court has consistently warned against.”

With the election less than two weeks away, the Pennsylvania GOP continued, “these questions must be answered immediately.” Therefore, the GOP asked the court to fast-track consideration of the case and decide it “on the merits before Election Day or, in the alternative, on an otherwise expedited schedule.” The GOP told the justices that it has also asked the state supreme court to separate ballots received after Election Day from those received before Election Day.

At the time of publication, the Pennsylvania Republican Party’s new petition asking the justices to intervene was not yet available on the Supreme Court’s online docket, but a copy of the petition was attached to a separate late-Friday filing in the state supreme court. That filing is available here (with the petition beginning on page 12 of the PDF).

Amy L Howe Until September 2016, Amy served as the editor and reporter for SCOTUSblog, a blog devoted to coverage of the Supreme Court of the United States; she continues to serve as an independent contractor and reporter for SCOTUSblog. Before turning to full-time blogging, she served as counsel in over two dozen merits cases at the Supreme Court and argued two cases there. From 2004 until 2011, she co-taught Supreme Court litigation at Stanford Law School; from 2005 until 2013, she co-taught a similar class at Harvard Law School. She has also served as an adjunct professor at American University’s Washington College of Law and Vanderbilt Law School. Amy is a graduate of the University of North Carolina at Chapel Hill and holds a master’s degree in Arab Studies and a law degree from Georgetown University.