A plebiscite called in response to street protests in 2019 sees 78% of people back a new charter to replace one imposed by the military dictatorship of of General Augusto Pinochet. 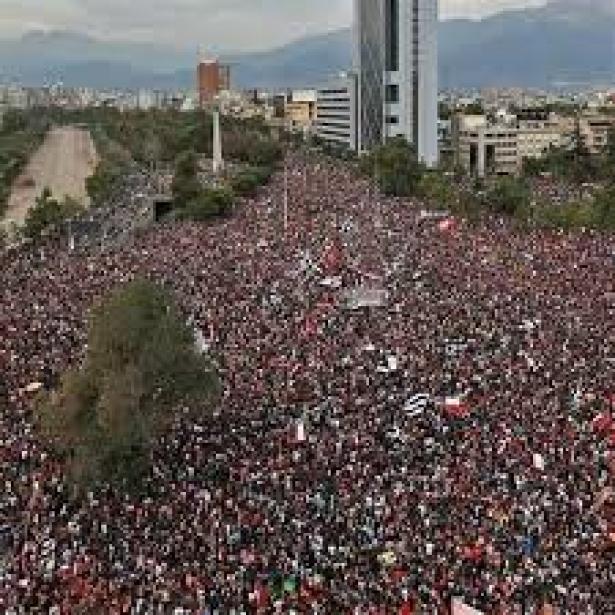 Chile has voted overwhelmingly in favor of rewriting the country’s constitution to replace guiding principles imposed four decades ago under the military dictatorship of General Augusto Pinochet.

Jubilant pro-reform supporters took to the streets of the capital Santiago and other cities to celebrate on Sunday night after exit polls showed that 78.24% of people had voted to approve a rewrite, while 21.76% rejected the change.

Voters also elected for the new constitution to be entirely drafted by a popularly elected body – meaning no active lawmakers can be involved in the process.

In a speech to the nation after the results became clear, President Sebastián Piñera acknowledged the victory for those seeking a new charter but cautioned it was only the start of a long process.

“Starting today, we must all collaborate so that the new constitution is the great framework for unity, stability and the future,” he said.

The special convention would begin drafting a new constitution that would be submitted to voters in mid-2022.

The referendum was conceded by Piñera in November last year after a hike in metro rail fares flared into a movement against inequality and high costs of living. Demonstrations included episodes of violence — clashes with police forces left more than 30 civilians killed and thousands injured.

Protesters’ demands included reforms to the country’s privatised education, health, and pensions sectors, which converged into a call to change the country’s Pinochet-era constitution.

Catalina Miranda, 34, was among a crowd of thousands celebrating the result in Santiago’s Plaza Italia as the results were announced on Sunday night.

“We’ve been living under an illegitimate constitution created by a military regime, that’s only allowed progress to those who have money,” she says. “There’s been very few times that Chilean people have shared a collective victory like today.”

Another supporter on the streets, Paulina León, said: “What happened in the social outburst is now reflected in the outcome of the plebiscite. I was part of the marches a year ago and I have to take care of my decision and help build a dignified constitution.”

Principally written by Pinochet adviser Jaime Guzmán, the 1980 constitution enshrined the neoliberal philosophies of the Chicago Boys, a group of Chilean conservatives mentored by US economist Milton Friedman.

Conceived during a dictatorship guilty of political murder, torture, and exile, the 1980 constitution was seen by many as compromised since its inception.

“We got to this stage as the country is in a crisis. It’s not only that the constitution is illegitimate, but it’s not suitable for the reality we live in – it’s time to change it,” said Maria Cristina Escudero, a political scientist at University of Chile.

She added that the social unrest of 2019 could have ended “very badly”, such a coup d’etat or collapse of government.

“It is a great virtue to have found an institutional way to solve this problem,” she said.

However, those against the change warned the two-year redrafting could provoke a period of uncertainty, disrupting public life and threatening Chile’s economic stability.

Political and social groups have a two-month window to nominate candidates to form the constitutional assembly.

In April, the public will elect 155 members, with equal numbers of men and women — significantly, the world’s first constitution to achieve gender parity.

They will draft the charter over nine months, with the option of a three-month extension.

Once the draft is ready, voters must decide whether they accept the new charter in an obligatory exit referendum in 2022. The new draft must be approved by a majority to replace the 1980 charter.