The decision offers more compensation for those laboring in hazardous conditions during the pandemic. 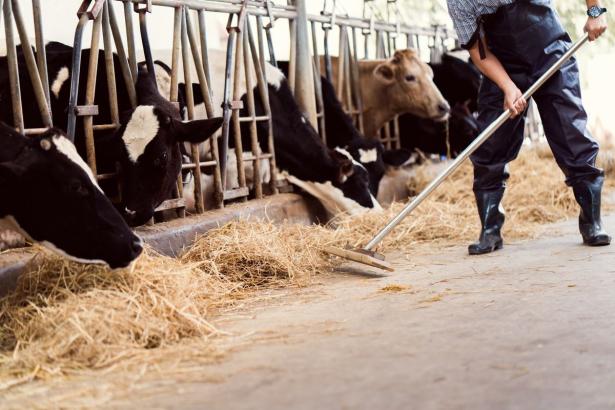 Farmworkers in Washington can now get overtime pay thanks to a recent state supreme court ruling ,Shutterstock

In a huge victory for farm labor across Washington, the state’s Supreme Court (in a 5-4 decision) ruled Thursday, November 5, that dairy workers are eligible for overtime pay. This reverses a decades-old law that exempted agriculture workers in general from overtime pay and makes Washington the sixth state in the U.S. that allows such benefits to farmworkers. The ruling will, indeed, apply across the board, not just to the dairy industry, says Elizabeth Strater, director of alternative organizing for the United Farm Workers union. Washington is also the first state to enact such overtime pay through the courts.

The specific case concerned a 2016 class action lawsuit by around 300 milkers for DeRuyter Brothers Dairy in Outlet, Washington, led by Jose Martinez-Cuevas and Patricia Aguilar. The plaintiffs — who milk close to 3,000 cows per shift, 24/7, with three shifts a day — said that DeRuyter failed to pay minimum wage to its employees, did not provide adequate rest and meal breaks, failed to compensate pre- and post-shift duties, and failed to pay overtime. “The workers claimed that the agricultural industry was powerful while the agricultural workers were poor, and the exemption was racially motivated to impact the Latinx population, which constitutes nearly 100 percent of Washington dairy workers,” the case summary read. “Consequently, the workers argued, the agricultural exemption for overtime pay violates article I, section 12 of the Washington State Constitution because it grants a privilege or immunity to the agricultural industry pursuant to a law implicating a fundamental right of state citizenship — the right of all workers in dangerous industries to receive workplace health and safety protections.”

While the two parties agreed to a settlement on most of the main complaints, the overtime pay issue remained unresolved. In 2018, an appeal was filed and the Washington Supreme Court began considering the remaining claim. The defense, which included the Washington State Dairy Federation and Washington Farm Bureau, argued that instituting overtime pay would put too much economic burden on businesses. But, after an impassioned hearing in October 2019, the court eventually sided with the workers, citing Washington’s Minimum Wage Act and the promise of equal protection under the law.

“The [overtime] exemption denies an important right to a vulnerable class, and defendants have not demonstrated it serves important governmental objectives,” wrote Justice Steve Gonzalez (the full case brief can be found here). “The exclusion of farmworkers from overtime pay deprives them of an important health and safety protection that is afforded to other workers.”

The ruling could be a landmark decision for the agriculture industry in Washington, where scrutiny over working conditions has only increased during the pandemic. In April, several labor organizations filed a lawsuit in Skagit County, urging officials to immediately update its health and safety standards in the agriculture industry after reports emerged of unsanitary practices at farms and warehouses in Central Washington.

A month after that lawsuit was filed, Gov. Jay Inslee issued a proclamation meant to address the COVID concerns. Among the announced safety standards: employers must provide four times as many handwashing stations on work sites, supply masks for employees who aren’t working alone at no cost to workers, and improve transportation safety by sanitizing vehicles properly and promoting social distancing.

Now, it seems that compensation has been addressed to some degree, and it could provide a path for similar legal action in other states where overtime protections for agriculture workers have not yet been issued. “This ruling shows that when farmworkers refuse to accept the racist exclusions in labor protections, they can win,” says Strater. ‘Workers across the country will be looking at this. Where will this historic injustice be resolved next?”