There is an inherent paradox in the creation of a TV series set in a future that is intended to be better than the world of today, that the production and creative direction of said show is still ruled by the cultural restrictions of its own time. 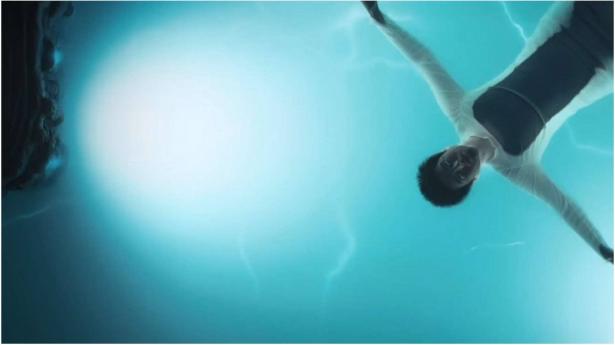 Warning: The following contains spoilers for the current season of Star Trek: Discovery.

My own personal Star Trek journey began onboard the NCC-1707-D, or as it is better known, the Enterprise-D, the flagship of Starfleet in the era of The Next Generation, and home to Captain Picard and his crew. The United Federation of Planets, as presented to me, was a promise of a hopeful ideal for the future. One that celebrated the concept of Infinite Diversity in Inifinite Combinations. And yet, growing up a closeted queer kid, I always sort of wished there was someone like me onboard any of the ships and space stations we encountered along the way.

There is an inherent paradox in the creation of a TV series set in a future that is intended to be better than the world of today, that paradox being that the production and creative direction of said show is still ruled by the cultural restrictions of the time in which it was produced. When George Takei asked Gene Roddenberry why there were no gay characters on Star Trek in the 1960s, Roddenberry answered honestly, “'If I dealt with that issue I wouldn't be able to deal with any issue because I would be canceled."

Things didn’t get better by the time The Next Generation rolled around. Writer David Gerrold left the series when an episode he wrote as an AIDS allegory was shelved, largely because he included a brief scene in which two background characters were vaguely implied to be in a homosexual relationship. Deep Space Nine actor Andrew J. Robinson has said in interviews that he had originally chosen to portray Elin Garak as omnisexual, but the show never gave him space to explore it. And while developing the gay characters of Stamets (Anthony Rapp) and Culber (Wilson Cruz) for Discovery, Bryan Fuller cited the letter-writing pushback when the (now canonically bisexual) Seven of Nine (Jeri Ryan) was first being introduced to Voyager.

Queer fans, especially trans fans of Star Trek and other sci-fi stories, have often had to seek refuge within allegory, coded characters, and outright headcanon wishes. And there perhaps is no more perfect example of this than DS9's Jadzia Dax (Terry Farrell) and the Trill symbionts. For years, Jadzia has been held up as an example of how simple it can be for people to switch to calling someone by a new name, or to recognize that someone they knew as another gender previously has had an adjustment. But while these moments have been extremely important to members of the trans community, they are replications of experiences, not representations of a group.

There is a real dark side to this. Some voices sought to dismiss or invalidate the importance of the trans casting on Discovery by citing the existence of Jadzia. In the comments section of the GLAAD interview with Adira actor Blu del Barrio, a reply stated “[Deep Space Nine] had a trans main character in the character Dax [whose] gender [depends] on their host. In the show she identifies as female (Jadzia) although multiple characters knew them when they were male.”

This commenter was far from the only voice making this point, but the fact that they were stating it in response to an interview with a trans actor on the website of a queer media advocacy group is significant. It shows how far the gap really is between the shared, relatable experiences in a queer-coded character, and the lived experiences of actual people. Not to mention that it completely dismisses the fact that Trill hosts are themselves characters with their own agency and presence of mind, hence why Ezri Dax (Nicole deBoer) is not simply the same character in a new body, but a new character whose own experiences are simply enhanced by Jadzia's memories.

So let me just state this clearly as a trans woman: The experience of being a person surgically implanted with a sentient alien worm that carries the memories of the other people it was once implanted in is not, in fact, what it is like to be transgender. It does not represent the experience of going through dysphoria and as much as I love Jadzia Dax (and I do!) and as much as I relate to her as a character, I do not consider her such an adequate representation of someone like me that I hadn’t maintained a real sense of disconnect between myself and the supposed inclusive future that Star Trek promises.

This is why, once I finally did find out that Star Trek was expanding its inclusivity with some long, long overdue trans characters, I was thrilled. It took the excitement I already had for Discovery Season 3 and punched it into warp nine. I had some mixed emotions when I learned that both characters would be hosts of a Trill symbiont, but upon speaking to del Barrio about their role, and their emphasis on the fact that both characters were trans prior to the implantation of the Tal symbiont, and remain trans regardless of Tal’s presence, I welcomed it as a solid subversion of my previous concerns. Taking hosts and giving them agency over their own gender identity feels like giving the Trill over to the trans community once and for all.

And yet, when I finally arrived at episode Season 3, Episode 4, “Forget Me Not,” where we get the first deep dive into Adira as a character and an introduction to Gray (Ian Alexander) for the very first time, I was gutted. The episode got me so upset that I had to stop it midway and compose myself before finishing it. Because as those who have seen the episode already know, when we meet Gray he is dead. Gray’s story in this episode is a traumatic memory from Adira’s past. Their lost love who died and passed the Tal symbiont over to them. If you like burying your queers, well you’ll love burying them inside another queer!

Now, I am on record as saying that I do not believe that immortal queer characters is the solution to burying them. In order to truly gain a justifiable level of diversity in representation we need enough various groups represented in narratives so that one character's experiences, their loss, and their pain, do not have to act as a stand-in for their entire community. That said, it's hard to get to know someone if you just kill them off immediately as if they're disposable. I'm angry because even while Star Trek has taken great strides to rectify the mistakes of the past, it is frustrating that they chose introduce trans characters into the narrative through the blood-soaked lens of trauma.

The episode ends in a slightly more ambiguous — and from some perspectives, even sweet — place. Gray seems to live on inside Adira, speaking directly to them. The dialogue implies that his presence is not just as some sort of memory ghost but perhaps a strange anomaly in the host/symbiont relationship due to Adira being a human host.

Because of this, I wanted to give the show the benefit of the doubt — that maybe they were trying something and simply stumbled on its execution. When I spoke with del Barrio about the episode, I felt obligated to address the death of Gray head-on, the learn about their own feelings about it when they were given the script and saw what was intended.

“It was hard to hear that Gray is technically dead,” del Barrio told me, “it was definitely a difficult thing at first.” But they went on to add, “It's something that we've now talked about a lot. And past mistakes will not be made again. Gray and Adira’s storyline only moves forward in a positive way. Gray’s storyline individually only moves forward in a positive way. It’s not going to be kept in this sad, sad storyline for both of them. From the beginning, it’s just trauma but it does not last. Which I’m glad about, because I wouldn’t want that to be their whole thing.”

"I WOULD HATE FOR THIS TO BE A TROPE, JUST ANOTHER SAD TRANS STORY FILLED WITH TRAUMA."

We discussed how excited that trans Trek fans were for the characters and how upsetting and potentially triggering this early part of the storyline ultimately could end up being, and del Barrio emphasized again how much they and Alexander shared those concerns. “It will be OK, he will be OK. I don’t know how to say anything more without spoiling, but as much as I can take away worry, I want to take away worry. Because Ian and I as actors have both been very vocal about not wanting this to be another sad dramatic story for them. It can’t be that. I would hate for this to be a trope, just another sad trans story filled with trauma. I feel good now, so I hope that can give some reassurance.”

After speaking with del Barrio, I also confirmed with representatives from CBS that both actors will be returning to Discovery for Season 4, so whatever lays ahead for the future of Adira and Gray, viewers (myself included) can rest assured that they do have a future to look forward to. They may, in fact, live long and prosper.

And while it is true that Star Trek will never have another chance to introduce trans characters for the first time, there is something to be said that a storyline beginning in a tropey depiction of death and pain is being reworked and redeveloped out of an effort to do better. It’s inspiring, too, that this course correction occurred because two brave young actors appearing in their first season of a franchise spanning decades had the fortitude to speak up about it, and the writers of the show were willing to listen. It also is a significant argument for the inclusion of voices that can speak to the reality of the situation. Had Adira and Gray been cast from cisgender actors, it's possible these concerns may never have been voiced and the trope would have held sway.

Given the show’s constant struggles with the standards of the time, it says a lot about today’s standards that these mistakes are being fixed right here, right now, and not being pushed down the road for the next generation to deal with.

Star Trek: Discovery is now airing on CBS All-Access in the United States and on other streaming outlets worldwide.