The Pfizer Vaccine News is Exciting, But Don’t Throw Away Your Mask Yet

"The full data set on which the claim is based has not yet been released and so we don’t know exactly what has been found." Eleanor Riley, University of Edinburgh 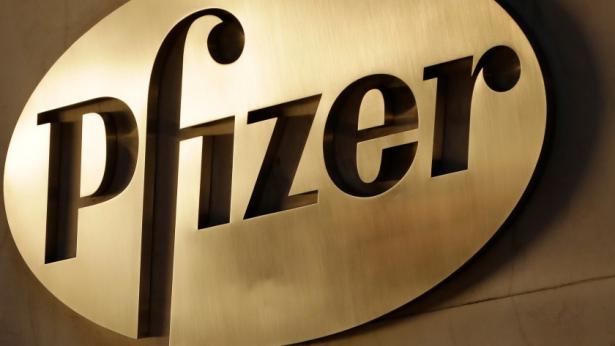 Pfizer is first out of the gate with robust results for a COVID-19 vaccine., Mark Lennihan / Associated Press

The announcement Monday from Pfizer and its German partner BioNTech that their coronavirus vaccine appears to be 90% effective thrilled medical experts around the world and presented a glimmer of hope for laypersons weary of the burdens of fighting a battle that the virus seems to be winning.

“The results are really quite good, I mean extraordinary,” said the normally more measured Dr. Anthony Fauci, director of the National Institute of Allergy and Infectious Diseases and one of the nation’s most trusted authorities on the COVID-19 pandemic.

“Today is a great day for science and humanity,” declared Albert Bourla, Pfizer chairman and CEO, whose company’s shares soared by about 10% in early trading on the New York Stock Exchange, amid a major rally in the broader stock market.

Yet it’s still much too early to declare the battle against COVID-19 won. Many details about the Pfizer trial are still unknown, and even the data the company released Monday have not been peer reviewed. As more information becomes available, the initial euphoria may dissipate.

Moreover, even if the vaccine fully lives up to these preliminary results, challenges in manufacturing and distributing the product loom large.

The vaccine requires two doses per person for full effectiveness. That means that there won’t be enough to go around for high-priority recipients such as first responders and seniors until sometime next year, and for wider global distribution until 2022 at the earliest.

Consequently, as the pandemic races out of control in the U.S. and abroad, countermeasures such as mask-wearing and social distancing remain imperative, experts say. They’re right; it would be a tragedy if Pfizer’s news prompts laypersons to feel that they can now party as though it’s 2019.

Across the U.S., an average of more than 100,000 new cases and more than 1,000 deaths have been reported every day since last week, with projections that more than 1 million new cases a week may be recorded by the end of the year.

Hospitals in several states are on the verge of being overwhelmed by COVID-19 patients, with more than 56,000 currently hospitalized, a figure that approaches those last reached during the peak of contagion in mid-July.

“The challenge before us is still immense and growing,” President-elect Joe Biden said Monday, as he announced 13 members of his coronavirus task force, which will be co-chaired by former Food and Drug Administration Commissioner David Kessler, former Surgeon Gen. Vivek Murthy and Yale healthcare expert Marcella Nunez-Smith.

“It’s clear that this vaccine, even if approved, will not be widely available for many months yet to come,” Biden cautioned. In the meantime, “the single most effective thing we can do to stop the spread of COVID — wear a mask.”

Let’s take a look at what’s good and encouraging about Pfizer’s announcement and what still needs to be learned.

On the positive side, the company’s findings appear to indicate that COVID-19 can be beaten by a vaccine, which was not a foregone conclusion.

It also shows that Pfizer’s approach, which uses messenger-RNA vaccines to instruct human cells on how to create antibodies for the virus, could be effective.

The approach has never been shown to be effective against a virus up to now, so Pfizer’s results are encouraging as a proof of concept. That’s important because another mRNA vaccine under development by the biotech company Moderna is also undergoing a clinical trial.

Pfizer’s announcement is a testament to the scale of the effort mounted worldwide bringing together private enterprise, academia and government in ways seldom seen outside wartime.

The Trump administration was quick to claim credit for the achievement, citing its Operation Warp Speed. In a tweet, Vice President Mike Pence attributed the progress to “the public-private partnership forged” by Trump.

In truth, however, the Pfizer research was not part of Operation Warp Speed. Pfizer funded that phase of its work on the vaccine internally.

“Basically I gave them an open checkbook so that they can worry only about scientific challenges, not anything else,” Bourla said in September. To be sure, the company did strike a $1.95-billion contract from the government to distribute 100 million doses of the vaccine if it’s proven effective.

Experts say Pfizer’s results appear to be robust in clinical trial terms. Among the more than 43,500 subjects who were enrolled in the vaccine trial, 94 cases of COVID-19 appeared.

“I think 94 events is a good amount of data,” Natalie E. Dean, an expert on vaccine and epidemiology at the University of Florida, told me.

Pfizer’s assertion that the vaccine was 90% effective suggests that a statistically significant majority of those cases occurred in the placebo arm of the trial rather than among subjects who received the trial vaccine. Pfizer says it will conduct a final analysis once 164 cases have been recorded.

Pfizer’s announcement, however, was also criticized as an example of “research by press release,” in which data were revealed to the public before being adequately vetted by independent experts.

“The full data set on which the claim is based has not yet been released and so we don’t know exactly what has been found,” observed Eleanor Riley, professor of immunology and infectious disease at the University of Edinburgh.

Riley described herself as “cautiously optimistic,” but noted that the announcement said nothing about the age of the subjects even though effectiveness among older persons will be important to enable society to get back to normal.

Also unclear is how the trial participants break down in ethnic terms. That’s important because COVID-19 has exerted a disproportionately dire toll in Black and other minority communities.

Pfizer said that “approximately 42% of global participants and 30% of U.S. participants have racially and ethnically diverse backgrounds,” but didn’t provide data on the demographic character of those who came down with the disease. Nor did it disclose how many of the cases were asymptomatic.

“We also know nothing yet about the severity of cases that were seen in the trial, whether infection or infectiousness was prevented, or how long the immunity is expected to last,” Riley said.

In a perverse way, the good news about the Pfizer results points to devastatingly bad news about the course of the pandemic. In the spring and early summer, the sponsors of clinical trials feared that the natural level of exposure to the coronavirus might be so low that it would be hard to judge the effectiveness of their vaccines.

“If I vaccinate a whole bunch of people — it doesn’t matter how many — if there is no circulating virus in the places where I choose to vaccinate,” Moderna Chief Medical Officer Tal Zaks warned in May, “it will be a long time before we know” how effective it is.

One reason that Pfizer was able to accumulate so many cases, however, is that the virus is out of control in much of the world, including the United States. As a result, finding areas with high exposure levels in which to test the vaccine is not a significant obstacle.

As it happens, the accumulation of cases outstripped Pfizer’s expectations. The company said it originally planned to undertake its preliminary analysis after 32 cases appeared among its subjects.

The FDA, apparently responding to misgivings among experts that 32 cases was too meager an interim mark, got Pfizer to agree to wait until it had 62 cases. By the time the company and the FDA worked out their differences, the case count had already reached 94, a marker of the rapid spread of contagion.

Questions remain about the impact of Pfizer’s announcement on public behavior and the course of further research, as well as the next steps in the vaccine’s path toward approval and distribution.

“The Pfizer news means the value of avoiding infections over the next few months has gone way up,” argued Nicholas Bagley, an expert in healthcare law at the University of Michigan. “That in turn should make states more willing to move aggressively to reduce infections in the short term. The aim should be to get as many people through the winter as possible.”

Pfizer says it will not seek emergency use authorization for the vaccine from the FDA — the least rigorous standard for approval and one aimed at providing the vaccine to high-risk and high-need groups such as first responders — until it has acquired a full slate of safety data.

That would take place after half the subjects have been observed for two months following their second injections. Pfizer said it expects to hit that mark in the third week of this month.

After full approval, distributing the vaccine will remain a challenge.

Like many vaccines, Pfizer’s requires super-cold storage — minus 80 degrees Celsius (minus 112 degrees Fahrenheit) until just before it’s administered. Although such storage lockers are commonly available for pharmacies, hospitals and medical offices, they may be scarce in less-developed countries or even in poorer areas of developed countries.

“The cold-chain requirements for this vaccine ... will have to be addressed if the vaccine is to be made broadly available,” Richard Hatchett, CEO of the Coalition for Epidemic Preparedness Innovations, an Oslo-based vaccine development think tank, said Monday.

“It’s not like all of a sudden this vaccine is going to be made available or meet global demand,” Dean says. “We’re going to need a lot more.”