The groundbreaking anthology of stories about London’s West Indian community premieres November 20 on Amazon. Here’s how to watch it — and why. 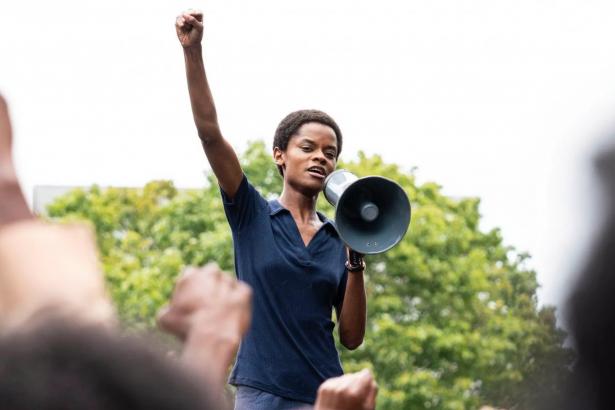 “If you are the big tree, we are the small axe.”

The Jamaican proverb — from which Steve McQueen’s new five-part Amazon anthology series, Small Axe, takes its name — is a bold statement of defiance. The phrase, which was popularized by Bob Marley in 1973, echoes a biblical story in which John the Baptist sees the oppressive religious leaders of his time approaching and calls them a “brood of vipers” who refuse to repent. “The axe is already at the root of the trees,” he declares, “and every tree that does not produce good fruit will be cut down and thrown into the fire.”

In other words, if you’ve been hurting those you’re supposed to serve and you refuse to repent, your days are numbered.

That McQueen looked to this proverb to title his series of films highlights the director’s aims. McQueen started developing Small Axe a long time ago, before he became the first Black director of a Best Picture winner at the Oscars. (His film 12 Years a Slave won in 2013.) He wanted to explore the lives of the West Indian community in London. And, as he recently told the New York Times, McQueen — a Brit of Grenadian and Trinidadian heritage — wanted to “understand myself, where I came from.”

The result morphed over time from a TV series into something resembling a set of feature films, each one wholly distinct from the others in casting, plot, time period, and, in some cases, even visual sensibility; they’re shot in a range of formats and feel tonally different. (McQueen worked with two co-writers — Courttia Newland on two of the episodes, and Alastair Siddons on the other three — but he directed all five.)

And each film is exquisite. Running from just over an hour to well over two in length, each installment of Small Axe centers on part of the West Indian experience in London. The films are all set between the 1960s and the 1980s. Some are fictional. Some are based in fact. All are brilliantly crafted, with performances that ought to be star making.

What’s most stunning about Small Axe is that while the stories don’t strictly overlap, they build out a universe. The characters don’t recur; instead, the connective tissue comes from matters that concern the West Indian community — police brutality, anti-Black sentiment, finding work, code-switching, getting an education, becoming part of the fabric of British society — and the shared life they live that brings them joy.

Because as much as Small Axe is concerned with pain, it is filled to the brim with joy. There is so much music. People play games and joke with one another in patois. Women dance and sing while they cook. Young lovers trade flirtatious insults, then kisses. Families gather around dining room tables during the day; friends gather around bar tables at night. McQueen captures the texture of their lives as much as any plot point — the reflection of a fist-pumping revolutionary in the hood of a car, goat curry steaming in a pot, a drop of sweat from a dancer rolling slowly down a gilded wall.

The series is a remarkable achievement, one that expands the ways in which we can imagine British history on screen. But it makes its point clearly. Small Axe is not a sentimental portrait of a bygone time; it’s an act of revolution. Together, these characters and their stories — from activists to dancers to old men reading the paper — are a small axe, one that chips away at a country that hasn’t yet realized it needs some leveling.

Here’s a guide to the five films of Small Axe, which will debut Fridays on Amazon Prime for five consecutive weeks. The first, Mangrove, premieres November 20. 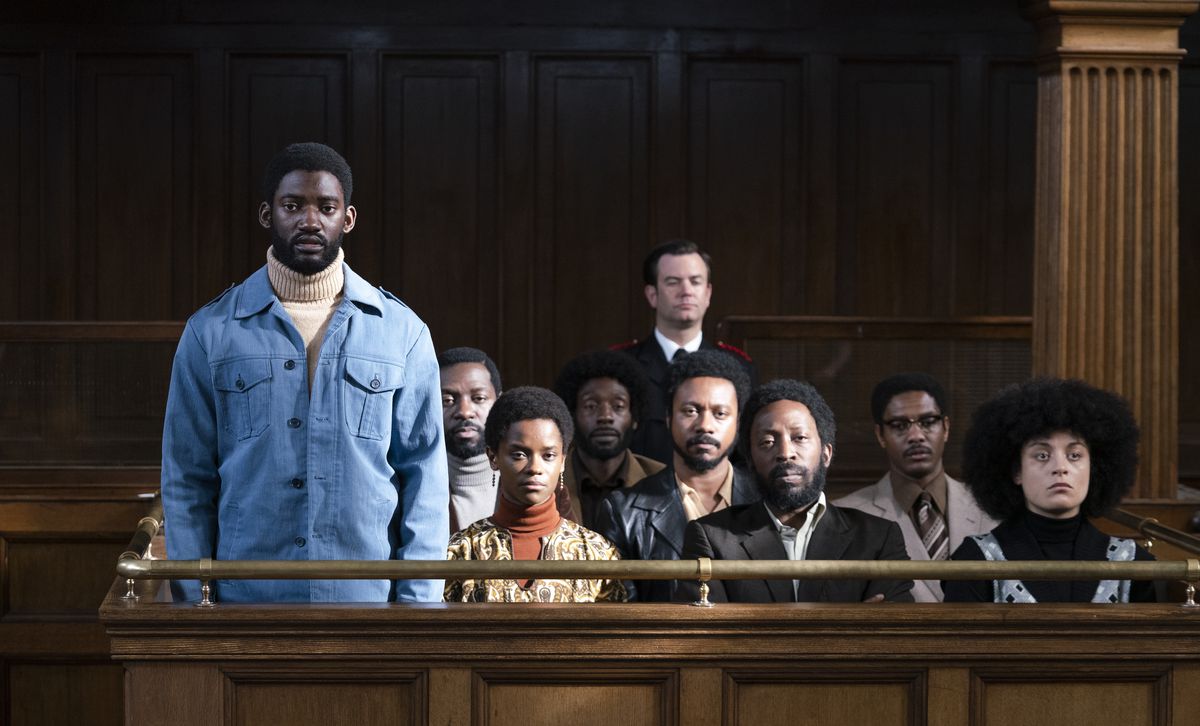 In the late 1960s, a restaurant in London’s Notting Hill neighborhood, the Mangrove, was an important gathering place for members of the West Indian community — a place to eat, to meet, to talk and argue, to laugh and dance, and to discuss the issues that affected them. But it was also repeatedly targeted by police in the area, who frequently raided, ransacked, and arrested people at the Mangrove.

In 1970, nine people were arrested and charged with inciting a riot during a protest against the actions of the local police force. They became known as the “Mangrove Nine,” and their trial was highly unusual. Mangrove tells their story, weaving it into the larger life of London’s West Indian community and showing the deeply entrenched racial animus they fought against. The film boasts a stellar cast led by Letitia Wright (Black Panther), who plays Altheia Jones-LeCointe, the leader of the British Black Panther movement. 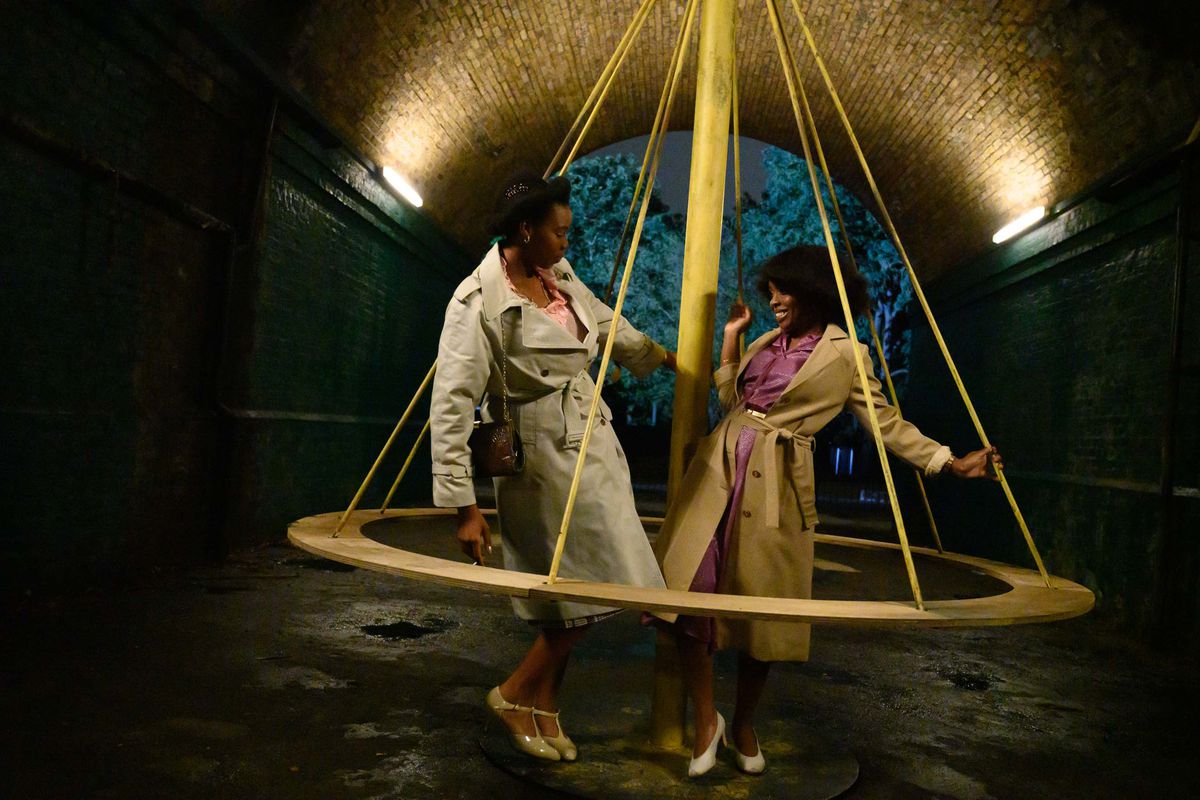 Lovers Rock is exhilarating. The film takes its name from a style of reggae that foregrounds women’s voices and experiences, and the film does the same. Set at a house party in the early 1980s, it’s less of a story than a mood. At the time, white-dominated nightclubs were not friendly to Black people, so house parties provided an alternative scene where passion and defiance could entwine.

Watching Lovers Rock is like being at the party at which the film takes place. There’s a story focusing on a young woman named Martha (Amarah-Jae St. Aubyn) who sneaks out of her strict parents’ home to attend with her friend Patty (Shaniqua Okwok). There she meets Franklyn (Micheal Ward). There are other characters and plot lines, but Lovers Rock is all about the music, and a scene where the revelers dance and sing to Silly Games — one of the genre’s biggest hits — alone is worth the price of admission. 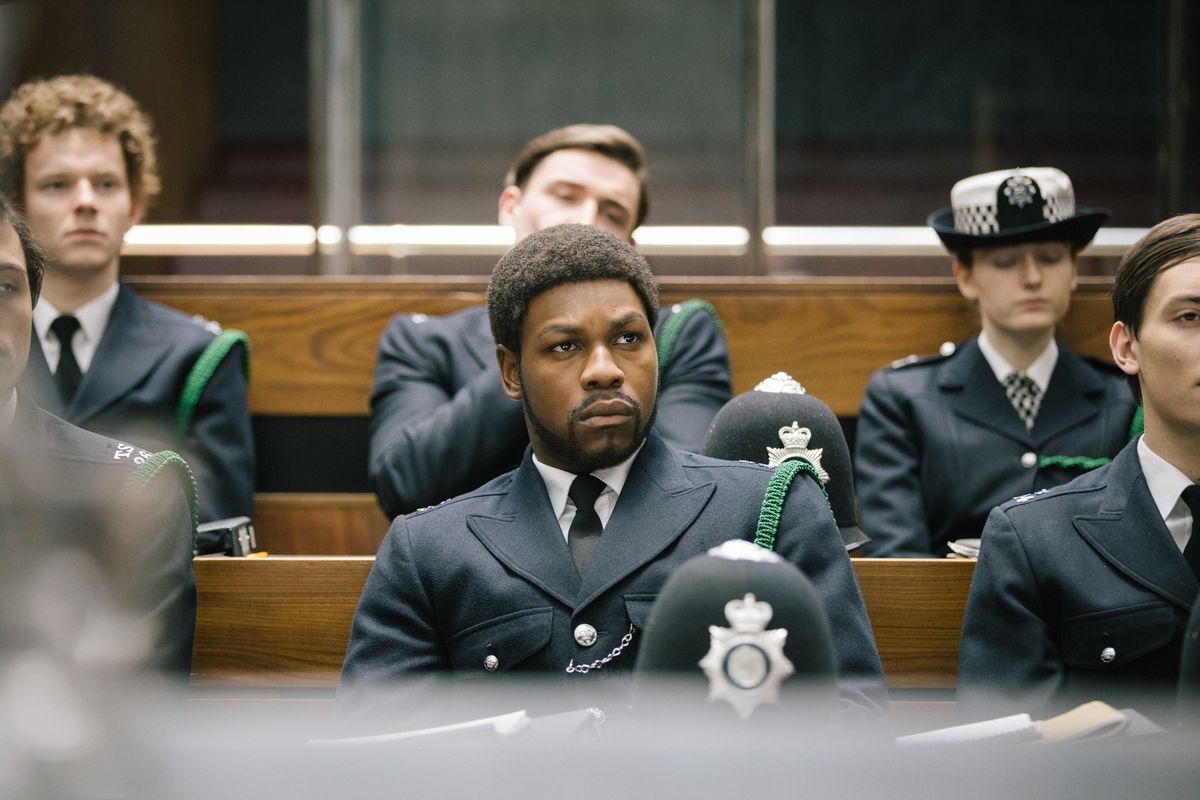 John Boyega stars in Red, White and Blue as Leroy Logan, who as a child witnesses his father being harassed and beaten by white police officers. Leroy grows up and trains as a research scientist, but he’s always been interested in the police force, believing change might be spurred from within the system. So he decides to join the force and be that change.

Yet what he encounters once he becomes a cop starts to expose how idealistic he has been. There are many obvious reasons why Red, White and Blue feels timely, but perhaps the greatest one is that it depicts the tricky dynamics Leroy experiences among his superiors. They embrace him as a token Black person who might help their recruitment efforts in communities of color, but when it comes to actual change, they’re much less interested in paying the cost. 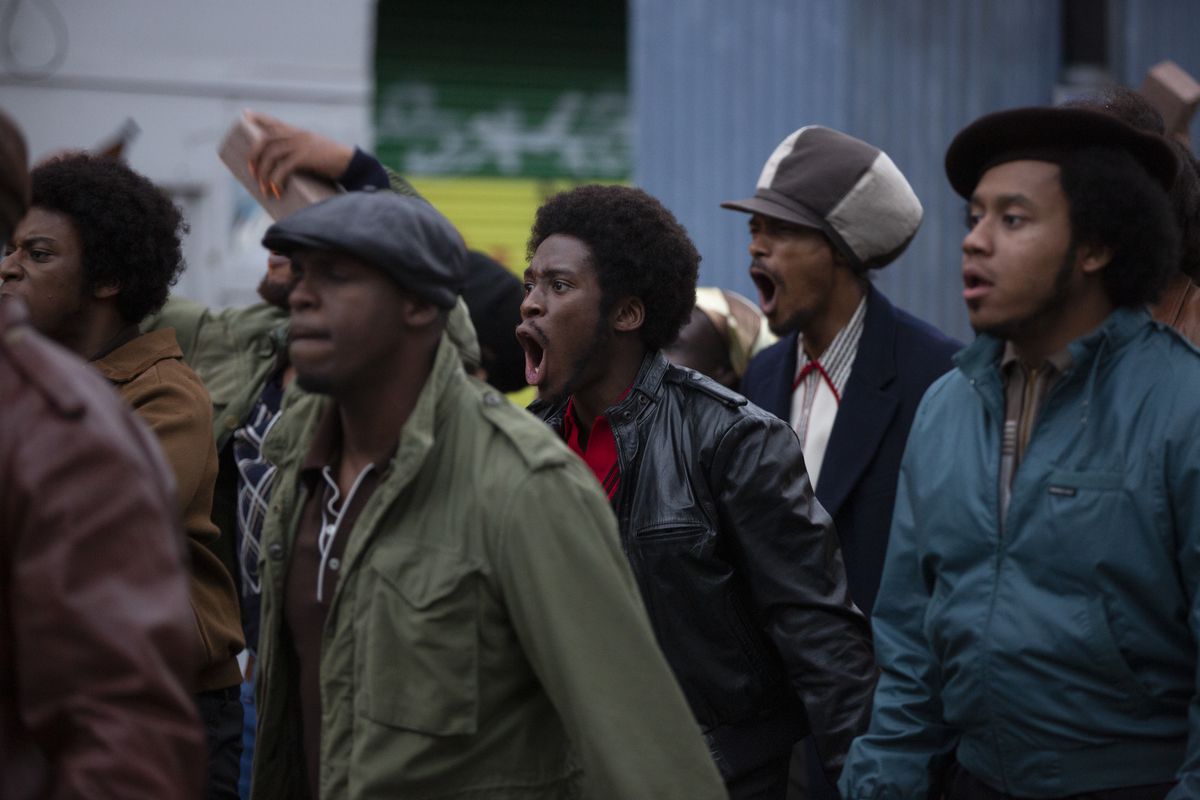 Alex Wheatle has not yet been made available to the media, but here is its official logline: “A young Brixton DJ is sent to prison for his participation in the 1981 Brixton Uprising and begins a soul-searching journey to healing.” The film is based on the real story of Alex Wheatle, who joined the infamous clash between London’s Metropolitan Police and Black activists following a tragic fire. 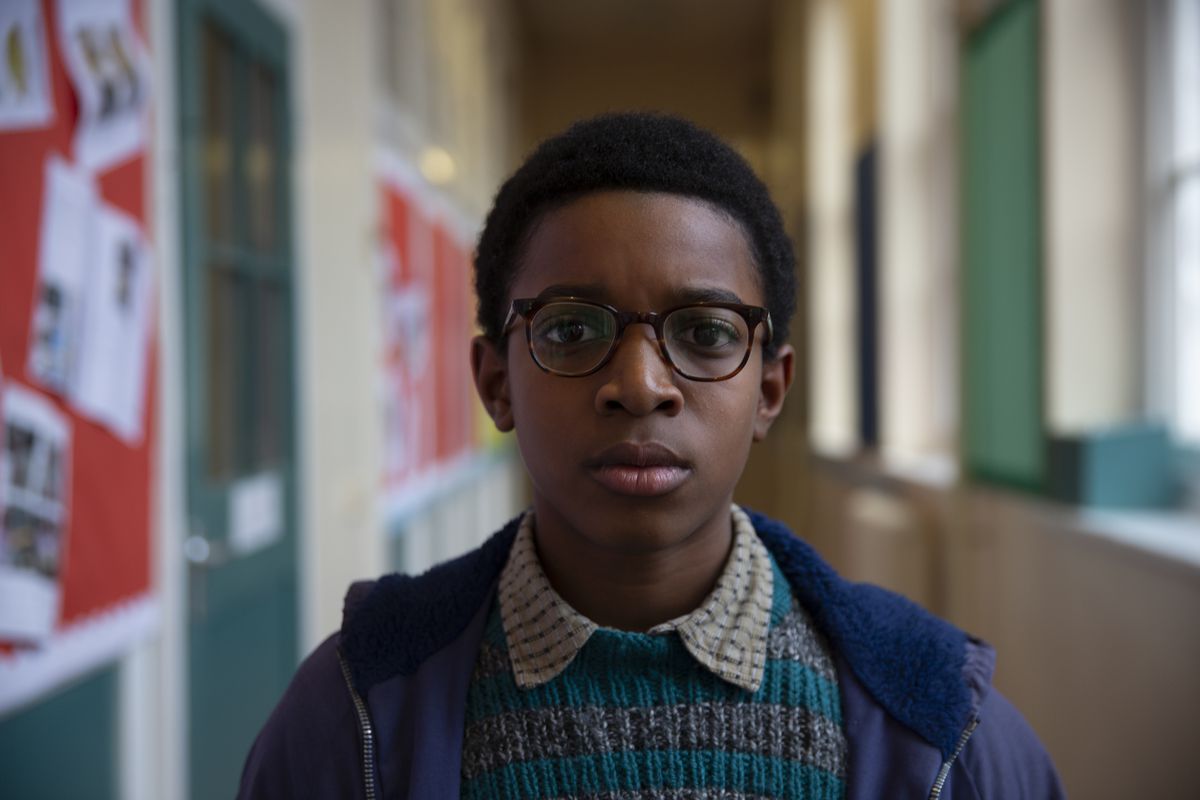 Education has not yet been made available to the media, but here is its official logline: “A bright twelve-year-old boy experiences an unofficial segregation policy when his headmaster sends him to a school for pupils with ‘special needs.’”

Will you help keep Vox free for all?

There is tremendous power in understanding. Vox answers your most important questions and gives you clear information to help make sense of an increasingly chaotic world. A financial contribution to Vox will help us continue providing free explanatory journalism to the millions who are relying on us. Please consider making a contribution to Vox today, from as little as $3.