Nuclear Weapons Are Out of Control. But Biden Can Make the World Safer.

Six ways that Biden can make the world safer in 2021. 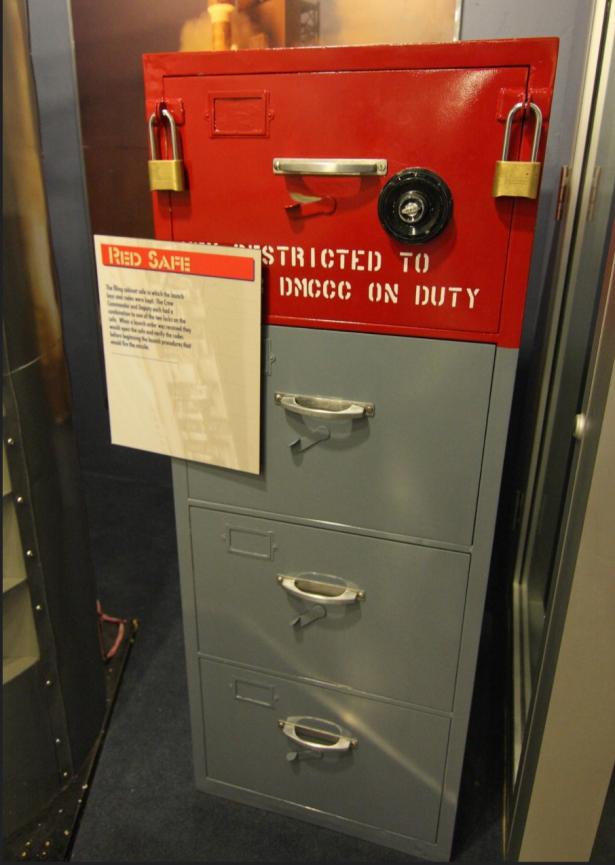 Donald Trump left Joe Biden with a hot nuclear mess. Trump made every nuclear danger he inherited worse by the hawkish policies he and Republicans pursued.

Iran is accelerating its civilian nuclear program. North Korea is expanding its nuclear military capabilities. They are not alone. Every one of the nine nuclear-armed states is building new weapons. Yet Trump destroyed or abandoned crucial security agreements restraining these dangers and started or accelerated a half-dozen new weapons for missions we don’t need with budgets we can’t afford.

Fortunately, there’s a great deal that Joe Biden can do, on his own, in the first few days and weeks of his presidency.

He can quickly establish his authority over a nuclear weapons complex spiraling out of control. He can reduce the risk of nuclear war by accident, miscalculation, or madness; stop a new nuclear arms race; shave hundreds of billions of dollars off the military budget; and prevent new states from getting these weapons. By so doing, he can make America and the world more secure.

Reform Command and Control. Nuclear weapons are often called “the president’s weapons.” The commander in chief sets the policy, requirements, and size of the U.S. arsenal. He has sole, unfettered authority to launch one or all of the nation’s almost 4,000 operational nuclear weapons. He need not consult with anyone; no one can counter his command.

Since Trump did not press the button during his four years in the Oval Office, some may think that concerns about a madman destroying all of humanity are overstated. In truth, we dodged a nuclear bullet. As president, Biden should do all he can to ensure we never again come so close to self-annihilation.

Biden does not need the permission of Congress to announce early in his tenure that procedures adopted by past presidents in the fearful days of the Cold War—including the first use of nuclear weapons in a conventional conflict, missiles ready to launch in minutes, and the sole authority of the president to fire these weapons—combine now to present an unacceptable risk of nuclear disaster.

He can direct that U.S. policy is to never start a nuclear war, that we no longer need to keep our weapons on hair-trigger alert, and that henceforth the president will need the concurrence of another senior official, such as the Speaker of the House, to launch nuclear weapons.

Save Arms Control. Biden can take an immediate step to curtail the arms race by quickly agreeing with Russia to extend the New START treaty for five years, due to expire in February 2021. It is the only remaining limitation on U.S. and Russian arsenals, after four years of Trump’s withdrawal from key strategic accords. This will provide the basis for returning to the process of principled dialogue with Russia and other nuclear-armed states, including China, to freeze and reduce global arsenals.

Biden could re-sign the Open Skies Treaty that Trump jettisoned and stop efforts to dismantle the airplanes used to implement this security pact. He can state his hopes of working with those nations supporting the new Treaty on the Prohibition of Nuclear Weapons entering into force two days after his inauguration, forging a united front against nuclear dangers. As a Catholic, he can speak powerfully to the immorality of nuclear weapons, eloquently voiced by Pope Francis and shared by religious leaders around the world.

Stop the Arms Race. Concurrently, Biden can also cancel or suspend development, production, and deployment of the host of new nuclear weapons begun or accelerated by Trump. These range from the very small to the hugely expensive, but all are unnecessary overkill.

This would put into action the pledge in the Democratic Party platform “to maintain a strong, credible deterrent while reducing our overreliance and excessive expenditure on nuclear weapons. The Trump Administration’s proposal to build new nuclear weapons is unnecessary, wasteful, and indefensible.”

Specifically, Biden can reverse Trump’s production and deployment of a new submarine-launched ballistic missile warhead (the W76-2), designed to make starting a nuclear war easier by reducing the yield of the bomb. He could cancel Trump’s plans to build a new, unneeded sea-launched nuclear cruise missile, halt the new air-launched nuclear-armed cruise missile, and suspend programs to build a herd of new nuclear warheads and to ramp up production of the plutonium cores of these bombs.

Biden can quickly establish his authority over a nuclear weapons complex spiraling out of control.

Most importantly, Biden should cancel the contract to build a new intercontinental ballistic missile (ICBM) that Trump rushed though in his final months in office. With a current (and certain to rise) cost estimate of $264 billion, this is the most dangerous, destabilizing, and unneeded leg of the nuclear triad.

Control the Budget. All contribute to a nuclear budget the Trump administration inflated from the last Obama-Biden budget of $28 billion in fiscal year 2017 to $44.5 billion in fiscal 2021—part of the $500 billion the Pentagon plans to spend on these weapons in this decade and $2 trillion over 25 years.

For greater savings, Biden could also delay costly and unproven missile interceptor weapons. “Missile defense and defeat” programs skyrocketed to an additional $20 billion this year, compared to the $3 billion annual budgets of the Ronald Reagan years. Biden should abolish the Missile Defense Agency—an in-house lobbying shop for these programs which has proven unable to produce effective weapons—and devolve the programs back to the military services from whence they came.

When the services no longer get free money but must pay for these programs out of their own budgets, they will be incentivized to restore discipline and prioritization to the procurement process. Biden should also insist that any weapon pass rigorous operational tests before deployment, something no long-range missile defense system has ever done.

These moves will generate strong resistance from the nuclear weapons contractors and from members of Congress whose districts and states benefit from the profits and jobs associated with their production and basing. Analysts at think tanks getting contractor and Pentagon grants will howl.

Biden must not blink. By acting swiftly to cancel or suspend these programs, and to cut the overall Pentagon budget accordingly, Biden will create considerable leverage for negotiations with Congress. He will arrive at a much better deal by starting at zero and negotiating up rather than by trimming the programs and negotiating down—or worse, leaving Trump’s inflated Pentagon budget intact.

After these initial steps, Biden could announce a major nuclear policy review by the National Security Council. He should not punt this issue to the Pentagon by ordering yet another contractor-friendly nuclear posture review. Rather, with the White House controlling the process, Biden can ensure that diplomacy and domestic needs are given equal weight to lucrative contracts. He should review and finally implement the 2012 Joint Chiefs of Staff study that concluded the United States could cut our arsenal by one-third and still fulfill all nuclear missions, no matter what the Russians did.

In this way, he might produce a “nuclear policy for the middle class.” This would fit in nicely with his stated desire to ensure that our foreign policy increases America’s economic security. Shifting hundreds of billions of dollars from nuclear weapons to climate change, health care, and infrastructure can give him resources for the bold reimagining of America’s national-security strategy he wishes to chart.

If Biden wants to transform policy, he must appoint transformers.

Stop the Spread. Stopping new nuclear weapons programs in other nations requires tough negotiations, but here, too, Biden can do a great deal on his own. He has pledged to bring the United States back into compliance with the Joint Comprehensive Plan of Action (JCPOA)—the strongest nonproliferation agreement ever negotiated—as long as Iran also returns to compliance.

He will have to do so early in 2021, before June presidential elections in Iran freeze the ability of the current Iranian officials to compromise and likely bring a hard-line president to power. To get Iran back into full compliance, Biden will have to do the same, fully lifting the sanctions Trump decreed in violation of the pact. U.S. allies opposed Trump’s leaving the accord and will welcome America’s return.

This return, rather than continuing punishing sanctions, will give Biden leverage to build on the JCPOA to negotiate further restraints on Iran and to rebalance America’s relations in the Middle East.

North Korea is not as straightforward, but history shows that North Korea will not be ignored. If Biden does not engage Kim Jong Un, he gives Kim the ability to upset his agenda with missile launches, nuclear tests, and other incitements. “Rather than passively awaiting a provocation as a fait accompli, U.S. and South Korean policymakers should work together proactively to preempt this scenario,” advise veteran Korea experts Frank Aum and George Lopez. Other experts, such as former Los Alamos Director Sig Hecker, have detailed a step-by-step process that can freeze and begin to roll back the North’s weapons capabilities, opening up the possibility of eventual dismantlement.

Personnel Is Policy. Finally, Obama’s ambitious nuclear agenda was blocked in part by the resistance of the nuclear bureaucracy, including some of his own appointees. If Biden wants to transform policy, he must appoint transformers.

Former Deputy National Security Advisor Ben Rhodes told me that a key lesson from the Obama effort was that you “need to embed that agenda in the government” with people trusted to “doggedly implement the agenda.” Biden can weed out Trump moles trying to burrow in, replacing them with experts who will push the policy envelope.

The mental instability of Donald Trump exposed the insanity of a system that allows one human being to destroy in minutes all that humanity has constructed over millennia. With presidential directives and a loyal staff, Biden can finally break the grip of Cold War thinking. He can put in place new procedures, new budgets, and a new vision to make us all safer. The world will thank him.

Joseph Cirincione is a distinguished fellow at the Quincy Institute and a national-security analyst and author with over 35 years of experience in Washington, D.C.

Read the original article at Prospect.org.
Used with the permission. © The American Prospect, Prospect.org, 2020. All rights reserved.
Click here to support the Prospect's brand of independent impact journalism.