'I Refused to Join the Israeli Army, It Justifies Violence and Inequality'

Hallel Rabin, who was jailed for a total of 56 days for refusing to serve in the Israeli military service, faced severe backlash, including accusations of "treason" and death threats on social media. 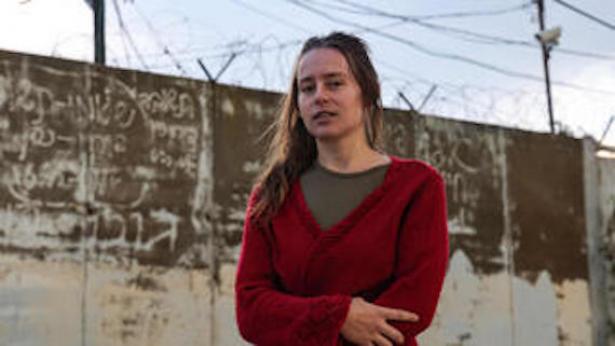 19-year-old Hallel Rabin spent 56 days in jail after refusing to complete military service she believes it allows 'criminals, thieves and swindlers to roam free and run the state'

To outsiders, the decision not to serve in one of the most brutal and immoral armies in the world may appear simple, but in reality, it comes at a high cost.

Hallel Rabin, who was jailed for a total of 56 days for refusing to serve in the Israeli military service, faced severe backlash, including accusations of "treason" and death threats on social media.

To refuse service on political or ideological grounds takes courage and the kind of social awareness that is rare to come across in such a deeply divided and militarised society.

"The military is one of the most organised and well-oiled systems in the country, and opposing it out of ideological, moral or political motives is almost considered taboo, so my act was also met with hostile reactions and expressions of hatred and anger," the 19-year-old tells MEMO.

The Israeli army, officially named the Israel Defence Forces (IDF), was established in 1948 by Israel's first Prime Minister David Ben-Gurion, who believed that "the whole nation is the army."

Hallel Rabin (L), a 19-year-old Israeli conscientious objector, walks with her mother Irit Rabin outside the "number six" military prison near Atlit in northern Israel on November 20, 2020, upon release from jail for refusing to serve in the Israeli army [EMMANUEL DUNAND/AFP via Getty Images]

All Jewish and Druze Israeli citizens over 18 are expected to report for duty in the army; Israel's 20 per cent Arab population is exempt.

Consequently, refusers like Hallel, who openly oppose conscription, are far and few between.

"From a very young age, it is known to most of the population that their duty in the future will be to serve in the army," Hallel explains.

During her initial encounter with the military system at the age of 17, she informed them of her decision not to join the army over its policies toward the Palestinians.

Israel's military, warplanes, drones and gunships have been harassing, intimidating and killing the people of Palestine regularly and with impunity for decades. It continues to justify these violations in the name of security or self-defence.

The result is a system that often lets Israel soldiers off the hook for all but the most damning and public excesses, and sometimes even for those.

"After deciding not to enlist, I began the process of trying to get through a conscience committee to be released without being in jail, but was rejected three days before the draft date," said Hallel.

"I arrived on the day of enlistment knowing that I was being sent to jail that very day."

After careful reflection and concluding that military service did not square with her ideals, she joined Mesarvot, a grassroots network that brings together individuals and groups who refuse to enlist in the army in protest of the occupation.

Described within Israel as "the most moral army in the world", serving in the Israeli army becomes a shared badge of honour. The military tries to present itself as an institution that enables social mobility – a stepping-stone into Israeli society.

In reality, it allows the "criminals, thieves and swindlers to roam free and run the state," which keeps people "under our control" without democratic rights, explains Hallel.

Her family, despite some anxiety, are supportive.

Describing her upbringing in Kibbutz Harduf in northern Israel as "liberal and politically and socially conscious, she said she came to reject "violence" in society and was striving for equality between religion, race and gender.

"We were educated to pursue commitment and responsible decision-making and the values of equality, freedom, peace and love."

"The fact that I was imprisoned and judged on my beliefs and way of life, which is based on striving for non-violence, was frustrating, discouraging and annoying. At the same time, I learned in prison the meaning of taking action and bearing the consequences."

Hallel had served a total of 56 days since August at military prison "number six", and was facing up to 80 more in detention, but was freed after the army board accepted that her pacifism was not driven by "political considerations", which would have landed her more prison time.

It was not naivete or a refusal to take responsibility, Hallel continues, but a choice to take the more difficult route.

"In prison, I learnt to communicate with people who are very culturally distant from me. I learnt not to be afraid of my actions and I learnt that freedom is miraculous."

She believes she experienced a taste of what imprisoned and oppressed victims go through every day.

The attention her story garnered online surprised her as she had initially hoped it would pass quickly and quietly. However, she realised it was an opportunity to prompt the public to question the role of the army in shaping Israel's abusive power and the reality in which they live.

"Why is there a difference between human beings based only on religion and language?" Hallel asks. "What is our place in all this? Where should we stand in this situation? What are our duties and rights?"

A damning report published in November by Israeli human rights groups condemned the Israeli military's illegal invasions into Palestinian homes, suggesting the practice is in violation of international law.

Based on two years of research carried out by Yesh Din, Physicians for Human Rights Israel (PHRI) and Breaking the Silence, a study reveals attacks, assaults and acts of vandalism are frequently carried out on Palestinian towns and villages in the Israeli-occupied West Bank both by illegal settlers and soldiers.

The declared goals of military home invasions are to search houses, conduct arrests, or collect intelligence ("mapping"), but the recorded testimonies describe a very different reality.

Based on the soldiers' statements, the implicit aim of such raids is what is described in military colloquialism as "a show of force" and "creating a sense of persecution." They are meant to deter people – entire communities – from participating in political activities opposing the occupation.

Hallel says. "The public and political discourse justifies violence and inequality, and there's a growing delegitimisation of opinions of people who insist on believing in a non-violent alternative."

Even more importantly, as Hallel notes, Israeli Jews respected the army most of all their public institution.

"This needs to change," she says. "It was crazy to find out that although I was in a military prison, my small act has spread its wings and touched hundreds and thousands of people all over the world."

"I received messages from people from all over the world, as well as from Palestinians living here saying: Your deed has shown there is hope for peace in the world and that not all Jews hate us."

She concludes: "We, all human beings wherever we are, have a simple and clear interest – to live in true peace and security. That's enough to build a life everywhere, including here, in this deeply divided and bleeding land people are fighting for."

Unless otherwise stated in the article above, this work by Middle East Monitor is licensed under a Creative Commons Attribution-NonCommercial-ShareAlike 4.0 International License. If the image(s) bear our credit, this license also applies to them. What does that mean? For other permissions, please contact us.