All the dirt on the media before, during and after the Capitol putsch, and other news 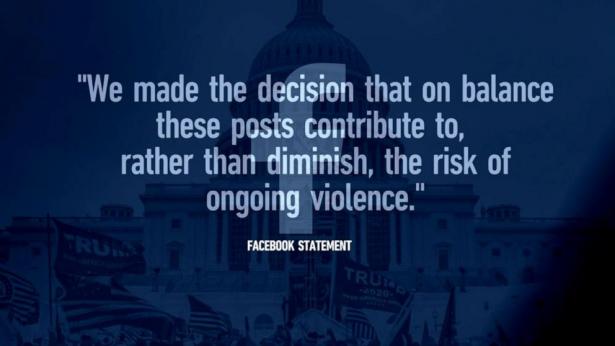 Many of these posts appeared in comments on viral tweets, and included explicit details about how to get inside the Capitol building.

Even the media people who didn’t elevate Trump’s rigged-election nonsense are going to have to grapple with their own complicity in the Trump story.

By Alex Shephard
The New Republic

Conservative cable networks made excuses on behalf of the rioters, bolstering their sense of entitlement, while continuing to spread conspiracy theories.

Social Media Is the Crime Trail

The FBI is calling for “tips and digital media depicting rioting and violence in the U.S. Capitol Building and surrounding area in Washington, D.C.”

Donald Trump, Sidney Powell, and Michael Flynn were among the people whose accounts were banned following the attack on the Capitol. These accounts, social media platforms said, violate their rules of engagement and pose a risk to the public.

The alternative social network popular with conservatives, has been banned by Apple, Google and Amazon. Despite its niche audience, the platform became the most-downloaded app on the weekend of November 8 -- the day major media outlets called the election for Joe Biden.

As the Global Media View It

Scenes of the angry mob gathering on the steps of the Capitol before pouring into the building and overpowering security guards have been splashed across news websites and papers around the world.

Tucked inside the $900 billion Covid-19 stimulus bill are some pretty big broadband provisions aimed at getting more Americans the internet, at a time when connection is so pivotal in so many parts of everyday life.

By Patrick Cockburn
The Independent

What he was accused of doing is what every journalist and news outlet does or ought to do: find out significant information, which may or may not be labelled secret by self-interested governments, and pass it on to the public.

The man who exposed one of the most secretive surveillance programs carried out by one of the world’s secretive spy agencies should be allowed to return home.