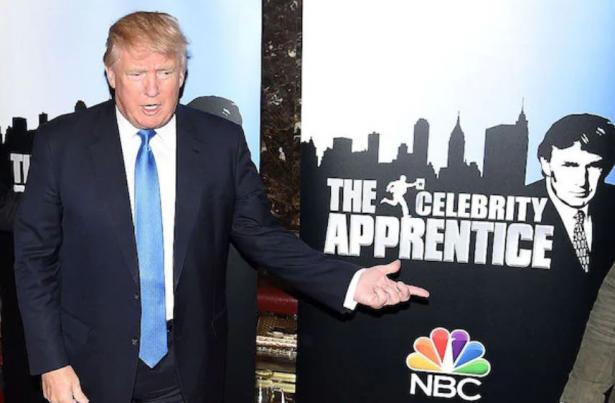 Impeachment isn’t the only thing Donald Trump could face as he leaves office. On Tuesday, the national board of SAG-AFTRA announced that it will hold a disciplinary hearing against the outgoing president, where he could face expulsion from the actors’ guild.

The board made the move to hold the hearing after a request from SAG-AFTRA President Gabrielle Carteris, who cited the U.S. Capitol attack on Jan. 6 and Trump’s role in inciting the attack as grounds for expulsion. The hearing will be overseen by the guild’s disciplinary committee, which did not participate in the national board’s vote on approving the hearing. Carteris and National Executive Director David White, who submitted the hearing request to the board on Carteris’ behalf, will not participate in the hearing.

“Donald Trump attacked the values that this union holds most sacred — democracy, truth, respect for our fellow Americans of all races and faiths and the sanctity of the free press,” said Carteris. “There’s a straight line from his wanton disregard for the truth to the attacks on journalists perpetrated by his followers.”

“Our most important role as a union is the protection of our members. The unfortunate truth is, this individual’s words and actions over the past four years have presented actual harm to our broadcast journalist members,” said White. “The board’s resolution addresses this effort to undermine freedom of the press and reaffirms the principles on which our democratic society rests, and which we must all work to protect and preserve.”

Trump joined SAG-AFTRA’s predecessors, SAG and AFTRA, in 1989, the same year he appeared in the John Derek film “Ghosts Can’t Do It.” Trump would go on to make cameos in films like “Home Alone 2: Lost In New York,” “The Little Rascals” and “Zoolander.” He also appeared in TV shows like “The Fresh Prince of Bel-Air,” “Spin City” and “Sex in the City” before leaving his biggest mark on pop culture with the reality series “The Apprentice” in 2004.

As Trump prepares to leave office on Wednesday, he does so as the only president in U.S. history to be impeached twice by the House of Representatives — the second time coming after dozens of his supporters stormed the U.S. Capitol in an attack that killed five people. In the articles of impeachment filed against him, House Democrats said that Trump “willfully made statements that, in context, encouraged — and foreseeably resulted in — lawless action at the Capitol.”

SAG-AFTRA also condemned the attack in its own statement sent on Jan. 6.

“Rioters, emboldened and encouraged by a sitting president and his enablers who have peddled baseless conspiracy theories, stormed the U.S. Capitol in an attempt to subvert democracy,” the guild said. “As a union and a democratic organization, we are appalled by this attack on the values we hold most sacred. The disgraceful scenes coming out of the nation’s capital have undermined America’s institutions and its standing in the world.”