tv One Good Thing: FX’s A Teacher Depicts A Teacher and Student’s Affair With Pain Intact

FX’s A Teacher unmasks itself as a condemnation of a storytelling trope too often characterized as innocent, sexy fun. 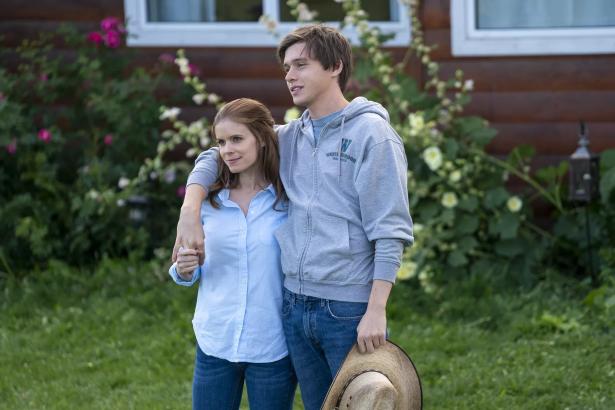 In general, I prefer TV shows that release only one episode per week. I do enjoy a good marathon from time to time, but I find that pondering one episode at a time enhances my enjoyment of a really good TV show. After a marathon, the details of a series — even one I really love — tend to fall away.

In rare cases, however, I do think a show that’s been released week-to-week turns out to play much better when watched all at once. Enter A Teacher, the 10-episode limited series from FX on Hulu (the branch of the cable TV network that produces shows exclusively for the streaming service) that wrapped up in December. Watched one episode at a time, A Teacher can seem a little like apologia for terrible behavior. But watched all at once — and because its total running time is a little over four hours, it’s easy enough to finish the whole thing in a day — the series unmasks itself as a condemnation of a storytelling trope too often characterized as innocent, sexy fun.

A Teacher is loosely based on a film of the same name from 2013 (also available on Hulu). Both the film and the limited series boast the creative talents of Hannah Fidell, who wrote and directed the movie and served as lead writer and director for the limited series. (She is a credited writer on three of the 10 episodes, and directed six.) Often, when a film is expanded to limited-series length, the limited series feels distinctly stretched and slowed. What was once taut becomes saggy. But Fidell and her team have successfully reimagined the central notion of the film and expanded on it in thoughtful ways for the TV show.

A Teacher focuses on Claire Wilson (Kate Mara), a woman in her 30s who begins a new job at a Texas high school in the series’ first episode. There she meets and is quickly drawn to Eric Walker (Nick Robinson), a charming but not quite fully formed high school senior. The two begin to flirt, and although Claire is initially reticent, she eventually invites further flirtation. The flirtation culminates in an affair, which is eventually exposed.

A Teacher cleaves neatly into “before the affair is exposed” and “after the affair is exposed,” with the split coming right at the series’ halfway point. Telling a story with such a rigid structure could feel too schematic and planned, but that structure ends up being a big part of why the series works as well as it does. At times, the early episodes seem to almost be setting up a tragic love story, where Claire’s desperation for something new leads her to make some bad decisions. The later episodes reveal just how faulty that reading of Claire and Eric’s relationship has been.

In almost every episode, A Teacher shows you the story it’s telling from both Claire’s and Eric’s point of view. So from very early on, the series illustrates how the relationship functions as a sexy complication for Claire, while causing Eric’s life and mental health to slowly unravel. One episode shortly before the affair is exposed ends with Eric staring into the mirror and trying to will himself into believing he’s the man, even though he is increasingly wounded and traumatized.

Too often, stories about older women sleeping with underage boys — especially older women who have power over those underage boys — have been presented as stories about young men learning the ways of the world. But abuse is inherent to these relationships, no matter how “consensual” and no matter the gender of the less powerful person. A Teacher understands that inherency, and it takes great pains to let you know that what Claire is doing will warp Eric long before he has a chance to start his life.

It might feel like I’m spoiling much of A Teacher, but it’s the sort of series that operates less as a plot-driven story and more as one about how its two central characters function after one of them commits a serious transgression against the other. And because there’s such a long history of treating stories like this as sexy and fun, it’s easy to watch the series’ early episodes, in which Claire grooms Eric and gets him to a place where their relationship feels inevitable, when she might have stopped it at any moment, and fear that A Teacher’s creative team is overlooking just how badly Claire is behaving.

But that’s why A Teacher is best watched in one or two big chunks, instead of in 25-minute segments over several weeks. Seen as a whole, the story it’s telling is clear and condemnatory. Its conclusion might feel too pat in some ways, but it’s also necessary to underline just how differently this affair affected Claire and Eric. Her reputation took a hit. He had his life irreparably altered. There’s no real comparison.

A Teacher is available on Hulu. It’s 10 episodes long and runs a little over four hours. For more recommendations from the world of culture, check out the One Good Thing archives.

Every day at Vox, we aim to answer your most important questions and provide you, and our audience around the world, with information that empowers you through understanding. Vox’s work is reaching more people than ever, but our distinctive brand of explanatory journalism takes resources. Your financial contribution will not constitute a donation, but it will enable our staff to continue to offer free articles, videos, and podcasts to all who need them. Please consider making a contribution to Vox today, from as little as $3.