Classic Air, a Link in the International Deportation Chain, Forced to Pay Back Wages to Workers

Classic Air is among a handful of companies that have raked in hundreds of millions of dollars in recent years transporting immigrants around the country and the world for ICE. These flights have been scenes of abuse and medical neglect. 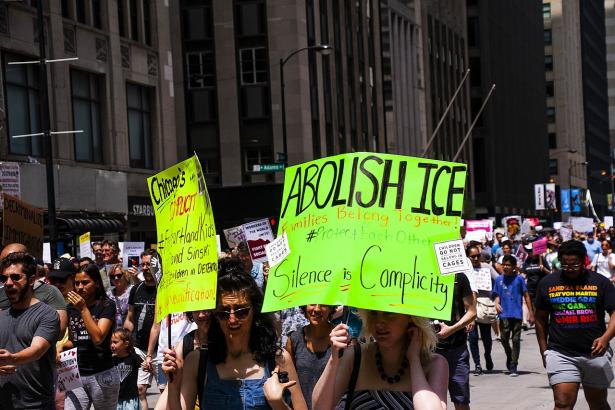 The air charter company that arranges the majority of deportation flights for Immigration and Customs Enforcement (ICE) violated labor laws while carrying out its federal contract, a Labor Department investigation has found.

The ICE contractor was ordered to pay more than $140,000 in back wages owed to the Louisiana employees of a company it hired to provide security services, according to a statement released yesterday by the Labor Department.

Classic Air Charter, a Florida-based broker working for ICE since 2017, manages the hiring of all the companies needed to operate the agency’s daily deportation flights within the Americas. It also handles ICE’s most expensive trips abroad, used for “high risk” deportees, such as those who did not cooperate with earlier deportation attempts or are considered national security threats.

When Classic Air hired a company to provide security guards for these flights, it failed to include certain wage and benefit requirements in its agreement, the Labor Department found. As a result, the security company did not pay its employees what they were entitled to under the law. Because Classic Air is the government contractor at the top of the chain, it was held liable for all of the back pay due to the subcontractor’s employees.

Detainees, advocates and lawyers say these flights have been the scenes of abuse and medical neglect that has led to dire outcomes.

The security services subcontractor is not named by the Labor Department. But Akima Global Services (AGS), a Virginia-based company, is contracted directly by ICE for similar services and regularly posts job listings for “aviation security officers” needed in the locations where the agency operates its deportation flights, including Alexandria, Louisiana. An aviation security officer currently working for AGS in Louisiana told Capital & Main that employees received a lump sum payment of back wages last year but “had no idea what it was for” because the company provided no explanation.

“When a contractor fails to communicate contractual requirements to its subcontractors, they increase the risk of violating the law and that workers will not receive the pay and benefits they have earned,” said Troy Mouton, the Labor Department’s Wage and Hour Division District Director in New Orleans, in the agency’s news release.

Classic Air is among a handful of companies that have raked in hundreds of millions of dollars in recent years transporting immigrants around the country and the world for ICE. While the agency sometimes uses commercial airlines, most immigrant transport is carried out on private planes that depart from secluded tarmacs. Detainees, advocates and lawyers say these flights have been the scenes of abuse and medical neglect that has led to dire outcomes.

During the coronavirus pandemic, Classic Air has continued cashing in. The air charter broker has been getting bigger payouts from ICE in recent months to continue operations at a more expensive rate. Classic Air also received a loan through the Paycheck Protection Program worth between $150,000 and $350,000.

ICE declined to comment, deferring all questions to Classic Air, which did not respond to multiple inquiries from Capital & Main. The Labor Department and AGS also did not respond in time for publication.

Angelika Albaladejo is a Los Angeles-based journalist who covers immigration and inequality as a staff reporter with Capital & Main and a Fund for Investigative Journalism fellow with the Marshall Project. She previously reported from Latin America as an independent foreign correspondent. Her work has been published by various outlets, including The Guardian, Univision and CNN.